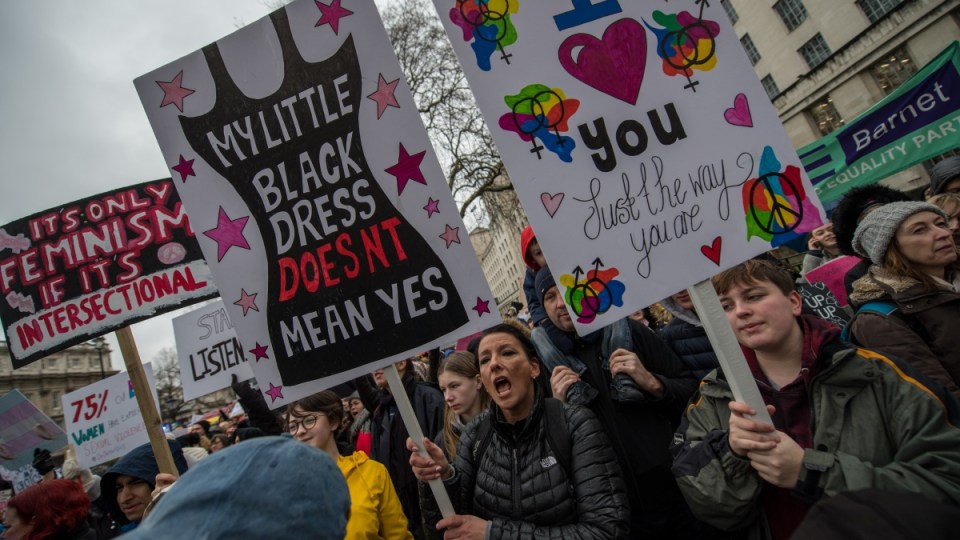 Accusations against Harvey Weinstein and Kevin Spacey, and the rise of the #MeToo hashtag, have put welcome focus on the real problems faced by, predominantly, women.

Many men have been genuinely surprised at the scale and normality of harassment and abuse. Things must change, that much is clear. But change to what?

Universities are rightly cracking down on abuse. A recent conference held by the Policy Exchange in London late January, heard of new approaches in tackling rape, sexual assault and harassment at universities.

The new zero-tolerance approach may lead to campuses examining interactions and punishing students for not only rape and abuse, but also initiating advances that turn out to be unwanted liaisons.

While rape and abuse should be punished, do we really want to discourage genuine liaisons on campus, where many people meet their life partners? While the line between acceptable behaviour and criminal behaviour is clear, the line between appropriate and inappropriate advances is a lot greyer than some in the #MeToo movement would have you believe.

I have been at the wrong end of harassment at work several times in my career. Once, when a junior lawyer, my female supervising partner took me to the ‘Women in Insurance’ lunch and introduced me around as ‘her new toy-boy’. Harmless banter for sure, but if the genders were reversed it would clearly be considered harassment today.

While working for the United Nations a decade or so ago, a single female, senior to me, found herself in her early forties, childless and wanting a baby. She asked me for ‘the necessary ingredients’, and not via the ‘turkey-baster’ route. Her advances on me, and others, were so well known that a few of us males would often compare notes.

These cases clearly cross the line of inappropriate behaviour but are well short of rape and abuse. I do not in any way equate my experience with rape or abuse which are far worse.

But I do wonder about two people who want to start a genuine relationship? What is the right level of risk in ‘making the first move’ these days?

If one makes an advance that is acceptable to the other party, then all is OK. But what if a genuine advance is made and rebuffed? For some, it is clear that sexual liaisons at work are always inappropriate, especially between people of different seniority. Yet some people who have met their life partners at work take a different view.

If an advance, which did nothing but express an interest, is complained about, the complaint can well be a career killer, regardless of the complaint’s validity. Again, I am not asking about ‘inappropriate behaviour’, which is clear.

What is not as clear, is where we draw the definitive line in grey territory. With this risk in mind, some say the safer option is ‘don’t make an advance at work or on campus at all’.

Is this what we want? Perhaps it is.

Furthermore, the minefield of false claims has not been properly considered.

Given the court of public opinion often convicts before proof, what if a false accusation is made? Media cover accusations with gusto. Accusations are remembered, vindication is not. In that sense, false claims are career killers too.

While victims of sexual abuse should instinctively be believed and supported, the presumption of innocent until proven guilty seems to have gone out the window.

Do people now need to ensure that they are never alone with someone for fear of an unlikely, but nevertheless distressing, false claim?

The law firm I chair was recently involved in an extremely distressing false claim that saw an innocent man lose his career, friends and family. The false accuser has now rightly been sent to jail.

In that case, Rebecca Shirley Palmer was found guilty of malicious communications and perverting the course of justice. She was sentenced by Judge Susan Evans to five years in jail, in a public court.

False claims don’t just harm the accused. As Wiltshire police said when speaking about the Palmer case, “her appalling behaviour could really have a negative impact on other victims of rape or sexual assault who may choose not to report it to police for fear that they will not be believed”.

Despite false claims, sexual abuse is real and must be stamped out. Our law firm feels so strongly about stopping sexual abuse that we are working pro bono for www.HearTheirCries.org, an organisation trying to break United Nations legal immunity and see prosecutions for sex crimes perpetrated against children by employees of the world body. This issue has been covered byThe Independent several times over the past year.

‘Genuine and appropriate’ is so subjective that perhaps Tinder, where both parties have to consent to contact, is now the only safe place for people to meet.

Andrew MacLeod is a visiting professor to Kings College London, a non-executive director to Australian and US companies, a former high level UN official and past CEO of the Committee for Melbourne.