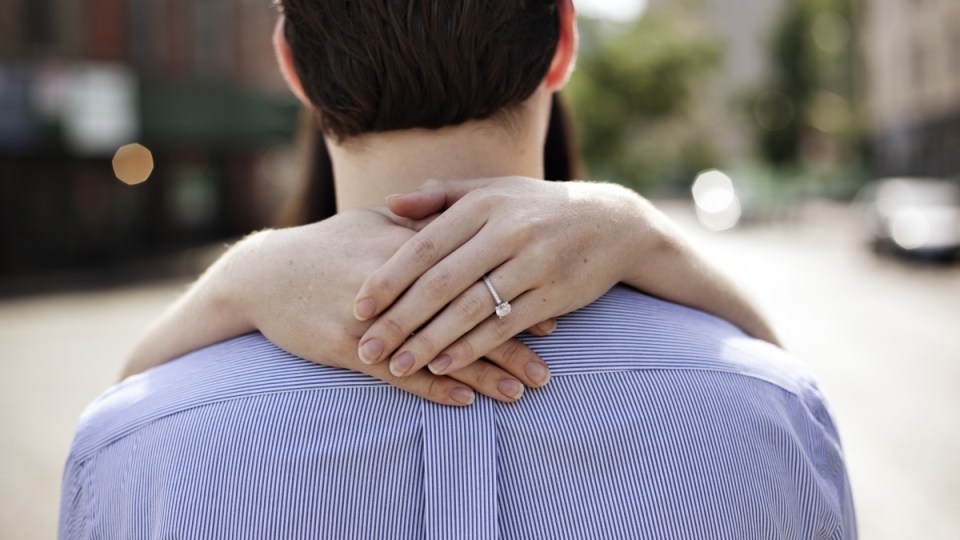 Women aren't the only ones to get something shiny ahead of their wedding. Photo: Getty

Representative of a growing trend, Jen Cole (now 26), bought her husband, Tomo, a watch as a surprise engagement gift.

At the time, the Launceston-based former high-school sweethearts were 22 and 24 respectively. Ms Cole, a high school chaplain from Launceston, saved for a month to buy the Nixon 51-30 Chrono watch.

“Over the years I’d heard him talk about this watch, that it was his dream watch, but it was very expensive. I knew I didn’t have to get it for him, even though he worked a summer job in a poppy factory to save up to buy my beautiful engagement ring!

US men’s style magazine GQ even deemed a Rolex the “male engagement ring”.

“I’ve had a couple of women say to me that they’re going to surprise their fiancé with a watch on their wedding day. I’ve been a jeweller for thirteen years and I’ve never encountered it before.”

”I see it as an equality thing,” she says. “The watch almost seems to be like: he bought me this amazing thing, so I want to get him something amazing. The ones that have done it have been in high-powered roles. They wanted it to be on an even level. I kind of like the idea. If someone ever proposed to me, I’d always say: let me know what your budget is and I’ll match it.”

Author of The Savvy Bride’s Guide: Simple Ways to a Stylish and Gracious Wedding, Alicia Young, is positive about the trend.

“It doesn’t seem fair that the tradition has always been an engagement ring for a woman, but what does the guy get? Or in same-sex union, the other woman may not feel comfortable with a ring.

“It’s popular with guys who can’t or don’t wear rings due to their jobs,” Ms Young says.

“A watch seems to be something they all enjoy.”

She also believes dress watches are enjoying a resurgence generally. “It’s creating a family heirloom with much more space than a ring to engrave a personal message.”

Ms Young believes most brides spend under $1000 on an engagement watch.

But, do we need more reasons to be materialistic and spend money? The average wedding in Australia costs around $31,000 (Easy Weddings survey, 2016). Will this trend add to the financial pressures on newlyweds?

“That can be an issue,” Ms Young agrees. “It underscores the need for the couple to discuss what they need around their celebration. It doesn’t make it unromantic, it’s just practical. At the end of the day an engagement ring is not a necessity either.”

She suggests brides who want to even things up might opt to allow the groom to choose the honeymoon or something else in the wedding package.

“It’s about the two of you moving forward, it’s the life. Not tit for tat.”

The engagement watch for men – it’s a thing