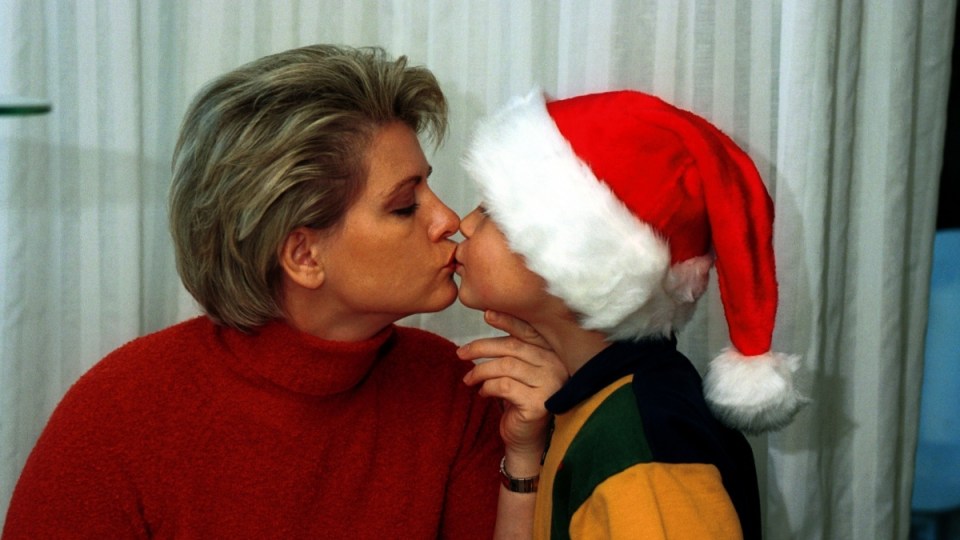 The best gift a kid can get? Not having to kiss or hug a relative. Photo: Getty
analysis

One of the most ancient if awkward family traditions is under threat – and just as we’re coming on to Christmas.

It goes like this: “Hey kids! Here’s dear old Uncle Mike in his baggy shorts, damp fingertips and that funny way he licks his lips like a lizard. He’s brought you all vibrating gnomes that glow in the dark.

“Give him a kiss and a cuddle and say thank you! Go on! Don’t be shy!”

It’s good manners. It builds character. It helps the time to pass. And as the young child is clumsily caressed, everybody in the room gives approval with a heartfelt “Awwwww!!!!!’’

Well those days are gone – and you can blame every creep who bought a woman dinner and then expected a loveless roll-around back at her place.

That’s essentially the argument made by the Girl Scouts of America in an online piece that seeks to put an end to icky forced affection between children and their musty relatives.

“Think of it this way, telling your child she owes someone a hug just because she hasn’t seen this person in a while or because they gave her a gift can set the stage for her questioning whether she ‘owes’ another person any type of physical affection when they’ve bought her dinner or done something else seemingly nice for her later in life,” said the 105-year-old youth organisation.

The piece set off a debate in news outlets around the world – except it’s less a debate, with some vague exceptions, than a resounding, ‘Hell yes’.

No more hands-on uncles, lipsticked aunts and groping grandmas. In the broader discourse, the likes of Harvey Weinstein and Rolf Harris (and even Don Burke) are said to have brought about the end of the cuddle-time custom.

The Girl Scouts advise finding another way for little kids to meet and greet extended family and friends. High-fives! Fist bumps! Something where skin contact is brief and at arms-length.

Jennifer Douglas, Practice Leader with Relationships Australia, suggests a warm, polite handshake or at the very least a mindful hello is something we should expect from our children. Good manners and all that.

She agreed, however, forcing kids to kiss and cuddle the rellies – and putting on a show about it – isn’t good for anybody. Real affection grows between people when they get to know one another.

“When you see a child reluctant to kiss or hug someone they may not know very well … it becomes a question of the adult having inappropriate power over a child and the message this gives the child,” she said.

She noted that some families are openly demonstrative, “And children will model that behaviour. But generally, we’re living in a different world now where a children’s personal boundaries are taken seriously. That’s what it’s about at the end of the day”.

“This topic, and the heat it has generated, would seem quite odd in a different cultural context – say Vietnam or Japan – that has less of a focus on individual rights, is more orientated to communal values and has a less rigid distinction between childhood and adulthood,” he told The New Daily.

“These worries about children, bodies and autonomy shine a light on bigger questions about how childhood is socially constructed and how it is subject to social change and variation.

“The debate perhaps reveals less about children – and the ostensible dangers they face – and more about adult anxieties regarding what childhood means in our modern world,” he said.

All this theoretical talk is fascinating – but Dr Hookway is the father of two young boys. What’s his practical approach?

“I always encourage my boys to be affectionate – to kiss and cuddle with close relatives and friends. If they don’t want to, no worries … and if they don’t know some someone as well, I encourage a high-five.

“Touch is such an important way to develop strong bonds, so I want them to be comfortable doing that. It hopefully sets them up to be kind, loving and expressive men.”

The one creepy tradition that should get crossed off Christmas lists