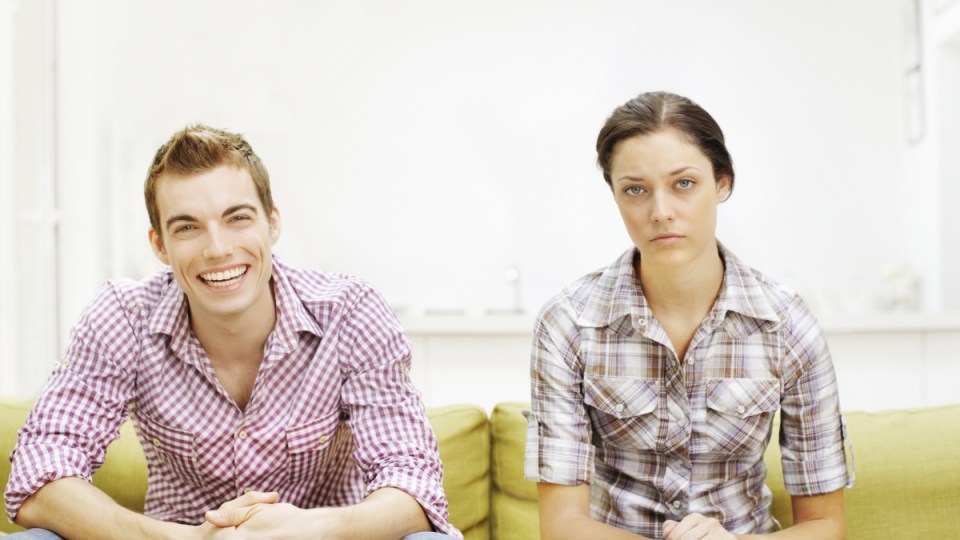 Some people keep a blow-up doll in their linen closet. But the latest “dating trend’’ is where you keep a real-life person hidden away.

It’s called “stashing’’, and if the endless blogs and news reports are to go by, it’s a thing – along with ghosting (dropping all contact without explanation) and bread-crumbing (leading somebody on via texting).

Stashing is where you keep your dating partner secret from friends and family and otherwise refrain from going public as a couple, at least in your own circle.

Stashers keep pretending that you’re a dirty little secret even after they’ve spent time with your mum and dad and buddies who they’re not actually interested in.

In my day, we used to call it “keeping someone for practice”. And it was easier to get away with because there was no social media.

Stashing means not even being Facebook friends – about as low a status for a connection as you can get – no matter you’re engaged in something like the act of love. A stasher stays over at your place but never mentions they’re with you when talking on the phone.

There’s a celebrity version of this. Scarlett Johansson is known to hide her alleged boyfriend, Saturday Night Live writer Colin Jost, in plain sight. She won’t be photographed with him or accompany him to award nights.

Jamie Foxx did the same thing with Katie Holmes. The New York Times concluded that a kind of shame or embarrassment is involved: megastar Johansson doesn’t want to be seen emotionally or sexually slumming with journeyman Jost.

A similar sensibility is sometimes at play among mortals. You’re being kept secret because – no matter how impressive you might be in the sack or pleasant company over breakfast, the stasher you’re dating doesn’t think you’re good enough. They’re worried that his or her friends will see your relationship as a joke.

Professor Julie Fitness is head of psychology at Macquarie University. She told The New Daily: “From the perspective of the stashee I would feel bewildered – the puzzle is the stasher’s motives.

“The stashee may blame themselves, assuming the stasher is ashamed of them. The stasher may enjoy the feeling of power and control he or she gets from determining who the stashee is permitted to ‘come out’ to.

“(There is) definitely some kind of dysfunctional power game, I would think, even if the stasher’s motive is linked to anxiety. The stashee is not an equal partner in the relationship, it’s a sham.”

Associate Professor Gery Karantzas is a senior lecturer in the School of Psychology at Deakin University. His research focus is on relationships.

Dr Karantzas says that what feels like stashing might simply be a matter of one partner moving at a slower pace than the other.

“Sometimes people in relationships run at different paces. Some people want to move things along much quicker, and are happy to openly disclose the relationship; others may be more reluctant. That’s not entirely uncommon.”

Dr Karantzas says the situation becomes problematic when two people hold very different views about whether or not they should publicly declare themselves a couple – and don’t talk about it.

“When it is discussed, if they are at two different points [in the arc of the relationship], how they handle that is very important: the person who is being stashed is likely to experience hurt.

But if this is happening in the short term, it shouldn’t be a big deal. When it drags on for months, then you’re dealing with the obvious – a game player.

Andrew King is practice specialist, groupwork and community education manager at Relationships Australia, NSW. He advises: If you feel you are being stashed, talk to the other person about it. If it appears that a legitimate reason exists, then it may be okay. Otherwise, you may need to dump that relationship. Being stashed will have a negative effect on your self-worth, if you have accept that being hidden.

Stashing: The dating practice that’s fine … until someone gets hurt