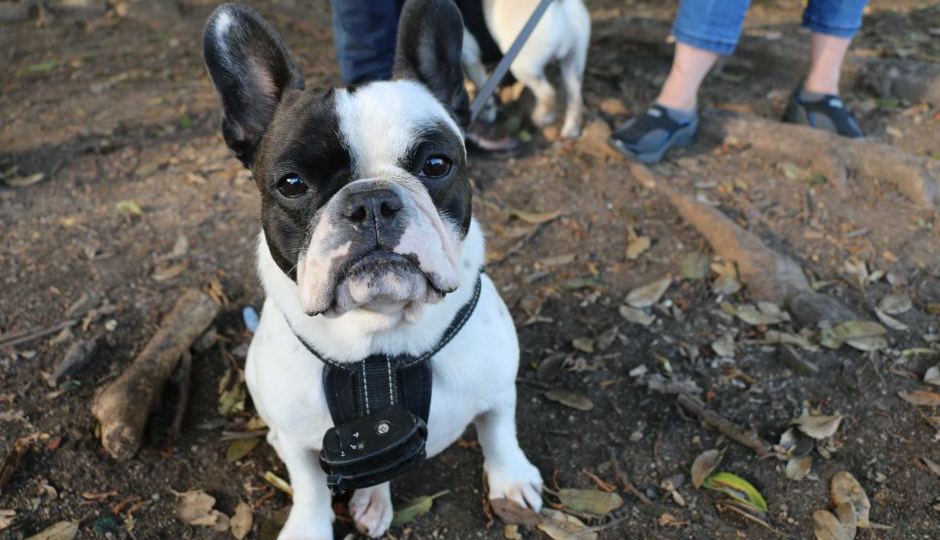 French bulldogs are prone to health problems because of their short noses. Photo: ABC

Australian veterinarians and the RSPCA have called for all short-nosed dogs including pugs, Boston terriers and bulldogs to receive corrective surgery because “reckless breeding” has left them struggling to breathe.

Pugs and bulldogs have become increasingly popular around the world because they cope well in apartments.

They are also the breeds of choice for celebrities, with Hugh Jackman, Lady Gaga and Leonardo DiCaprio all owning French bulldogs.

“A dog that snores, makes a lot of noise when it’s breathing, can’t run around, and collapses in the heat – that is not a normal dog. And these are the problems we see in these little guys,” he said.

According to the RSPCA, over 80 per cent of British bulldogs are delivered by caesarean section because their large heads and narrow pelvises make natural birth virtually impossible. 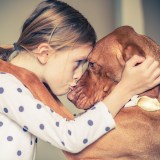 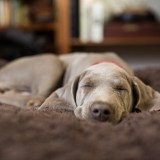 Some brachycephalic dogs have trouble breathing while lying down, so they are often sleep deprived.

Others develop oesophageal issues which require their owners to feed them in a baby’s high chair.

Because of their respiratory issues, most US airlines refuse to transport short-nosed dogs.

Qantas does accept brachycephalic dogs, but owners must sign a form absolving the airline of responsibility if the animal dies on the flight.

“The flattened face and the shortened muzzle is caused by defective cartilage, and that is deliberately selected by breeders. It is an artificial selection, and it can cause man-made health problems,” she said.

But Karen Hedberg from the Kennel Council of Australia (ANKC) insists that responsible breeders prioritise the health of their dogs and do not aim to exaggerate their features.

“If you are breeding carefully and have good stock, you can produce good progeny. Most of the people that health test within our club, rarely get their dogs [surgical intervention] because they are good breeders,” she said.

Liz Davidson has bred French bulldogs since 1986, but said unscrupulous puppy farmers have moved into the industry to cash in on the increased demand for pugs and bulldogs.

“Those people breed mainly for profit and they have multiple dogs and they’re breeding constantly,” she said.

French bulldog ownership has exploded in Australia, with ANKC registration data showing a 1142 per cent increase since 2005.

The French bulldog is now the third-most popular breed in Australia, just behind the Labrador and Staffordshire bull terrier.

The average French bulldog costs about $4000 but some people are forking out $10,000 for those with rarer coat colours.

The operation to clear a dog’s airway will cost at least $2500 but the bill can balloon to about $13,000 if there are complications.

“It’s major surgery because you’re going into the airways and cutting tissue out. They can have an elongated soft palate that hangs into their airway and that is often surgically removed,” Dr Jade Norris said.

While the RSPCA encourages all owners of pugs and bulldogs to consider the operation, Dr Norris said it would only slightly improve their lives.

“The purpose of the surgery is to try to make them more comfortable, but that doesn’t necessarily mean they’re going to be having a normal life or become fully functioning,” she said.

On Saturday morning, dozens of pug owners met up at Hawthorne Canal Reserve in the Sydney suburb of Leichhardt for the weekly Inner West Pug Grumble.

“This is daddy’s little boy,” Paul said of his pug Spike.

“He brings out the parent in me. He is my child.”

As the pugs played in a muddy field, the owners drank coffee and defended their breed of choice.

“My dogs are extremely comfortable,” Peta Rogers said of her pugs Knuckles and Peggy.

Her dogs have not had corrective surgery, but she keeps them indoors on hot days so they do not become overheated.

“It’s all about responsible ownership. You have to be aware that they haven’t got the best breathing. They’re not a kelpie. You can’t take them out in the middle of the day,” she said.

“Our boys haven’t had any trouble with their faces,” Alex said.

Both owners said they would be open to changes in the breeding practices to elongate the pug’s muzzle slightly.

“As long as the breeding practices continue to maintain their lovely personality, it doesn’t really matter what they look like to me,” Emma said.

Pugs and bulldogs ‘living miserable lives because of reckless breeding’