Ms Rosenthal says her husband Jason 'is an easy man to fall in love with. I did it in one day'.

A dying Chicago children’s author has written a modern-day love story about her husband that has gone viral after being published on Friday.

Amy Krouse Rosenthal, diagnosed with terminal ovarian cancer in 2015, wrote the deeply emotional and candid essay about her husband Jason for The New York Times in the hope “the right person reads this … and another love story begins”.

With “only a few days left being a person on this planet”, Ms Rosenthal thought it was about time she shared all the attributes her husband had in the hope he could have a “fresh start” with someone new.

In September 2015, Ms Rosenthal said she and her husband went to hospital after she began experiencing “unusual pain” on her right side. After a few hours of tests, the diagnosis wasn’t the appendicitis they were hoping for, but ovarian cancer.

She goes on to explain that that’s when “we entered what I came to think of as ‘Plan Be’ ”. 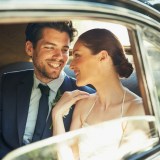 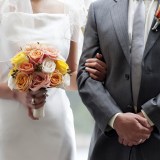 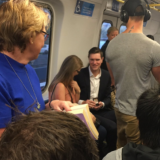 “I have never been on Tinder, Bumble or eHarmony, but I’m going to create a general profile for Jason right here, based on my experience of coexisting in the same house with him for, like, 9,490 days,” she wrote.

In describing him as a handsome “sharp dresser”, a great cook, a wonderful father who brings her breakfast in bed, and a “dreamy” travel companion, she urges women to “swipe right” to find out whether Jason could well be someone’s next true love.

She even lists his height, weight, occupation, hobbies, how many children he has and what colour his eyes are, making sure all the boxes are ticked just in case the right woman is out there and wants to meet up at a local restaurant for dinner or drinks.

“Jason loves listening to live music; it’s our favorite thing to do together. I should also add that our 19-year-old daughter, Paris, would rather go to a concert with him than anyone else,” she wrote.

“Jason paints. I love his artwork. I would call him an artist except for the law degree that keeps him at his downtown office most days from 9 to 5. Or at least it did before I got sick.”

“Here is the kind of man Jason is: He showed up at our first pregnancy ultrasound with flowers. This is a man who, because he is always up early, surprises me every Sunday morning by making some kind of oddball smiley face out of items near the coffeepot: a spoon, a mug, a banana.”

“This is a man who emerges from the minimart or gas station and says, ‘Give me your palm’. And, voilà, a colorful gumball appears. (He knows I love all the flavors but white),” she wrote.

“My guess is you know enough about him now. So let’s swipe right.”

The words by Ms Rosenthal, author of 28 children’s picture books and the recent memoir “Textbook Amy Krouse Rosenthal”, attracted an outpouring of messages from people who have lost loved ones to cancer or who were also searching for their next life partner.

Close every other tab and read this https://t.co/249JGRqvMq

This is equally beautiful and heartbreaking, and I can't stop thinking about it. https://t.co/QBhlsB01Qq