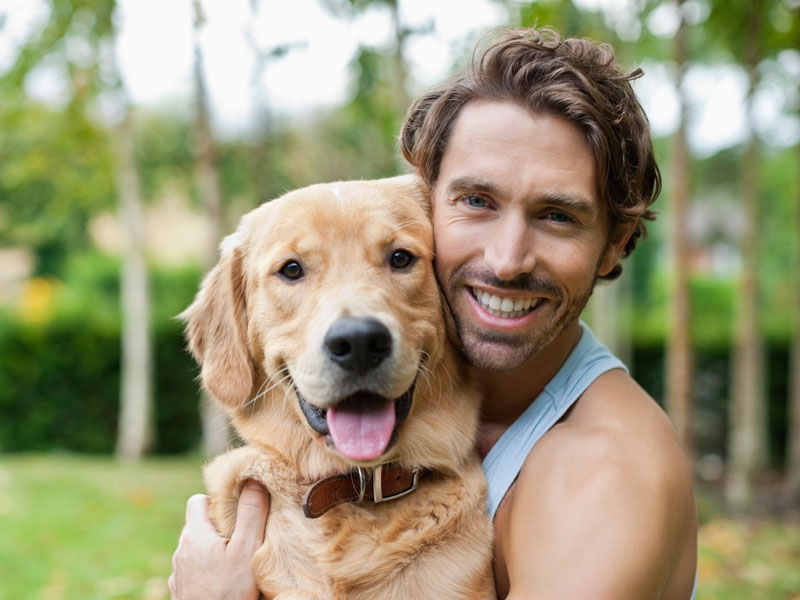 Sorry cat owners, but blokes who own dogs are more attractive to women, according to new research.

While owning any pet, adopted or not, was likely to boost sex appeal, men should adopt a pooch from a shelter if they want the very best chance of finding love, the study published in Anthrozoös found.

“Women showed more discerning views than men with regard to the role of pets in their dating lives, consistent with our first hypothesis,” the authors concluded.

• It’s true. Dogs really are man’s best friend
• How dogs hacked our brains for love
• The most easygoing dog and cat breeds

“The direction of these patterns was toward cats being exploited less often than dogs as ‘social tools’ in the dating world.”

The research team surveyed 1210 single pet owners via online dating website Match.com, of whom 60 per cent were women and 40 per cent men.

More women than men (35 vs 26 per cent) said they had ever been attracted to someone because they owned a pet.

Almost all women (97 per cent) said they thought a relationship with a dog person could work, whereas a whopping 39 per cent said cat ownership was a relationship deal-breaker. And the majority (64 per cent) of women said they would find a partner who adopted a pet more attractive.

Also, a quarter of women (26 per cent) said they found it a turn on, and 67 per cent weren’t fussed, if a potential date included photos of a pet in their dating profile.

So there you have it. It seems the safe option is to adopt a dog from the pound, post photos of you and your new doggy pal everywhere online, and wait for the date offers to come flowing in.

University of Melbourne veterinary expert Dr Leonie Richards said she agreed with the study’s findings, based on her many years of experience around pets and people.

“I think they are a really good social tool. I have some clients who have actually met with their dogs in the dog park and one couple have actually married now, so that certainly does happen,” Dr Richards told The New Daily.

“I don’t know if men would be buying dogs thinking of that, but they might be pleased once they have.”

The study did not examine how dogs might help men meet women in real life, only how they might make them appear more attractive online.

But the veterinary expert thought dogs could serve as powerful ice breakers.

“Just from personal experience, when I’m walking my dog, I’m much more likely to meet people than if I’m just walking by myself.”

If the study is correct, cats just do not rate all that highly on the sex appeal-o-meter, with either men or women.

Dr Richards thought this might be because dogs seem to be bigger parts of their owners’ lives.

“When people are out and about, maybe they see people with dogs and they don’t think of the cats as being perhaps as so much a part of people’s lifestyles, so maybe it’s just more of an indifference,” she said.

She also agreed with the study’s speculation that dog ownership, often more intensive than cat ownership, could be used by women as a cue to a man’s suitability for fatherhood.

Don’t do it for the wrong reasons

Dr Richards warned that singles looking for love shouldn’t rush out to buy a pet for that reason alone.

The study suggested that women judge men by how they treat pets, so if you’re likely to be a terrible owner, you’d be better off not buying a pet at all.

“Don’t go running out buying dogs just to find a partner. A dog is a responsibility. A dog is for life,” Dr Richards said.

Why adopting a dog could make men sexier