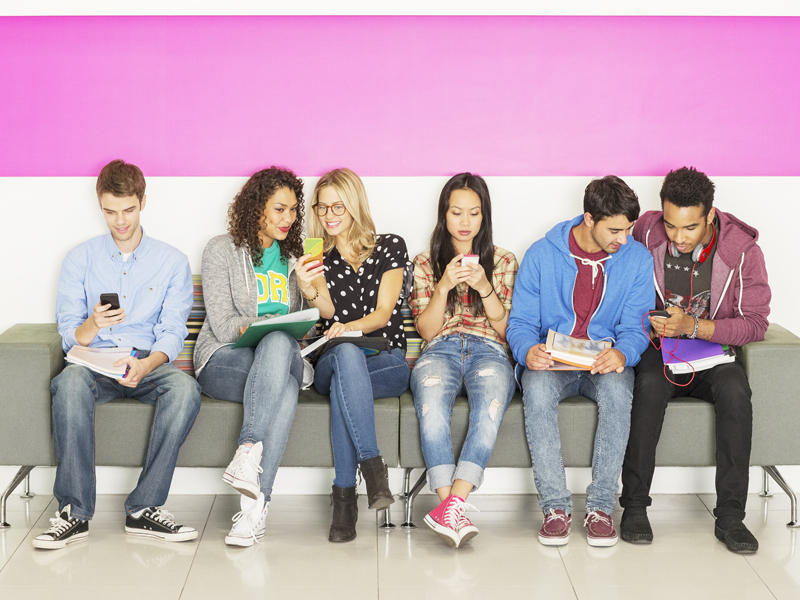 Despite its reputation as a hive of casual sex and dirty messages, there are some surprising reasons young Aussies use Tinder.

The popular dating app, which allows users to chat with interested people near them, has been criticised for promoting a hook-up culture, but it seems not all young people are after a cheeky rendezvous.

This statistic was much lower in all other age groups, proving the app really is the domain of the young. Surely that means its only purpose is to facilitate casual sex with no strings attached?

Not so, according to matchmaker and dating expert Jane Donovan, who said she was seeing more young people use Tinder to date seriously instead of hooking-up.

“I’ve watched it evolve and change a bit. In the early days it definitely was hook-up city,” Ms Donovan told The New Daily.

“More recently, I’ve started to hear of people who are actually experiencing proper dating etiquette from meeting people on Tinder.”

Jessica*, 25, met her fiancé on the dating app nearly two years ago. What started out as a bit of fun quickly turned into something more serious.

“I wasn’t looking for a serious relationship as I was heading overseas indefinitely but that’s what I ended up finding,” Jessica said.

“Tinder made it easy for us to communicate initially. We could easily see each other’s interests and I had a feeling we would get along. He had a kind face, that’s what really attracted me in.”

Lauren, 21, who also met her long time boyfriend on Tinder, said she was shocked that she found dating success with the app.

She believed Tinder did more harm than good in the dating world, and thus was surprised that her experience was a positive one.

“I really see it as a miracle because we just clicked so fast and felt like we had known each other for ages! Very rare and lucky to have met on such weird terms.”

A safe place for timid teens

Dating expert Ms Donovan said Tinder’s popularity with young adults was because many 18 to 24 year olds do not know how to date.

She said the app provided a safety net for young people who were overly cautious and afraid of commitment.

“I think for the younger people there seems to be a lot of fear about, what if I get into a situation that I don’t know how to get out of?,” Ms Donovan said.

“Apps like Tinder, where they can do the Facebook stalking quite easily, it really kind of bridges a social gap that they’ve never learnt to do well.”

On Tinder, nobody knows whom you are interested in unless the person in question swipes right on you too.

Ms Donovan said this anonymity and protection from rejection is also a big selling point for young Australian singles.

Just for a laugh

For many other young people, Tinder is nothing more than a bit of light-hearted entertainment.

University student James* admits he uses the app as a joke and does not have the intention of actually hooking-up with anybody he finds a match with.

“The app is pretty popular and it’s often funny to talk about,” he said.

“I think it’s mostly used for laughs or hook-ups but I’m not really sure how often people actually meet through Tinder… I downloaded Tinder as a joke and my housemates and I would swipe people for fun but that’s about it.”

James also said despite the app’s popularity, there was an element of shame attached to it and did not think that many people would admit to meeting a person through Tinder.

*Not their real names

What young Aussies really get up to on Tinder