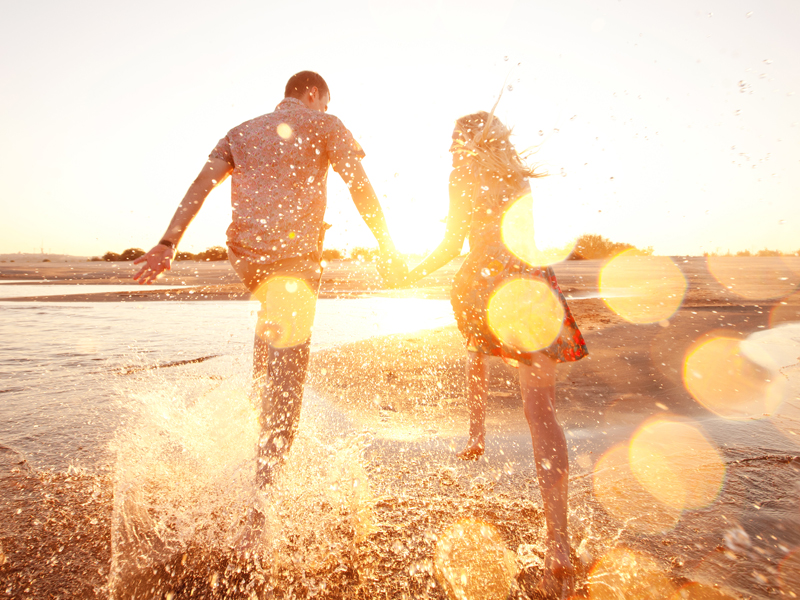 Generation Babyless is sweeping the globe.

It’s an uprising of men and women who are actively choosing not to have children … And they’re happier for it.

Recent studies into the links between happiness and the choice not to have children have yielded interesting data showing that childless couples were happier in their relationships than parents with kids.

• Revealed: there is no expiry date on good sex
• The single life is perfect for those who hate to fight
• There is a big mismatch in modern dating

“Interestingly, those in relationships perceive that they have more love in their lives,” Ms Rea said.

“Presumably this is because each partner has the time and resources to focus on the other.”

In Australia, couples without children were forecast as the most rapid-growth family dynamic, according to the Australian Bureau of Statistics. By 2031, 3.4 million couples will be childless, the ABS estimated.

“According to 2000 estimates, about a quarter of women in their reproductive years are likely never to have children,” an ABS spokesman said.

The family portrait has changed

Having pushed aside the pre-conceived ideologies of a nuclear family scenario, Generation Babyless has refused to be confined to the stereotypical household definitions.

Alida Rae Mayze, 52, of Brisbane told The New Daily she and her husband chose not to have children, and did not regret their decision.

“We had ‘the talk’ before we married, and happily discovered, somewhat bravely, that we didn’t feel maternal or parental,” Ms Mayze said.

The couple both loved children, but recognised after 25 years of marriage that they enjoyed being the ‘eccentric aunt and uncle and the friends of Mum and Dad to the neighbours’, she said.

Ms Rae said that happiness in the decision to be child-free was due to conscious decisions to control pregnancy outcomes.

“They exert control rather than think it is mandatory to have children because they are in a relationship,” she said.

Happier on their own

Men and women alike have concocted romantic notions of chirruping children under the Christmas tree for aeons, but new evidence suggested those notions might need rethinking.

The Open University based in the UK recently published a study linking childlessness to happiness. The study titled Enduring Love found that across the board, “people without children are happier with their partner than parents”.

Chelsea Gibb, 30, of Melbourne, said of having children that people needed to have the strength to stand up and own their decision.

“I’ve never craved that life. The life that is the husband, the baby, the white picket fence. I’ve forever felt that this life isn’t the life I was meant to live,” Ms Gibb told The New Daily.

“I crave excitement, I crave passion, I crave freedom. For me, those things are everything.”

Last year, Isabella Dutton, 57, from the UK famously divided people around the world when she claimed that having her two children was the worst mistake she ever made and severely intruded upon her happy marriage.

While watching her five-day-old son sleep, she felt “completely detached from this alien being who had encroached upon my settled married life,” Ms Dutton told The Daily Mail.

She claimed her marriage was changed “irrevocably, for the worse”.

These comments sparked outrage, suggesting that mainstream society was not yet fully onboard with the idea that voluntary babylessness was acceptable.

Ms Gibb, of Melbourne, acknowledged the choice was not for everyone.

“I truly believe that everyone is entitled to their own version of happiness,” she said.

“What happiness is for you is guaranteed to be different for the person next to you.”