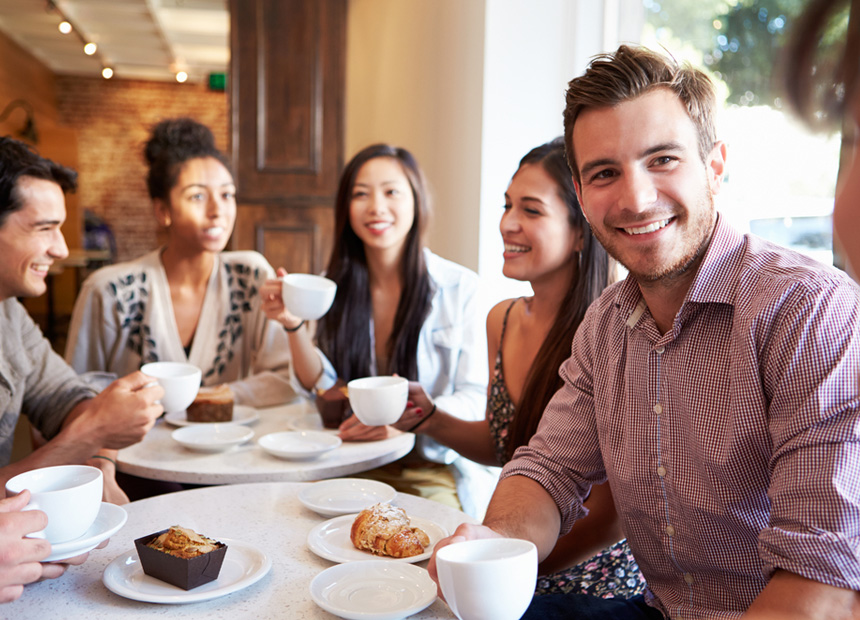 Despite the omnipresence of notorious dating app Tinder in modern romance, most of us are still finding love the old-fashioned way – through our friends.

• Can these 36 questions help you fall in love?
• Sydney man chronicles intense year on Tinder
• A Tinder user’s first time

If you’re single and reading this, perhaps you’re thinking “That’s great, but I’ve already met all of my friends of friends”.

Most of us have actually only met around three per cent of those possible connections, Justin McLeod, founder of dating app Hinge, says.

American-born McLeod was looking for love himself in 2011 when he saw a gap in the dating market.

“I didn’t want to join dating sites like OkCupid or Match.com because it was overkill for what I wanted,” Mr McLeod says.

“Harvard was having a ‘last chance dance’ where everyone got to say who they were interested in before graduating.

He created a Facebook plugin which allowed people to list their crushes and it soon had him thinking “Why doesn’t the whole world do this all the time?”

From there Hinge, a dating app which allows you to connect with friends of friends on Facebook, was born.

The app has so far created “well over” 10 million matches, and launched in Sydney last week.

“It helps people meet naturally, like how they would in real life through friends at things like house parties, dinners or weddings,” Mr McLeod explains.

“It doesn’t require the weird process of pick up lines. It is much more natural.”

Of course, the “unnatural” dating service he’s referring to is Tinder, the dating app where people swipe either right or left to indicate whether they are interested in a person after looking at their profile.

Hinge, he says, is a more personal experience and encourages users to be more accountable because they have friends in common.

Mr McLeod says the “linchpin” which makes Hinge different is the fact that it is about friends of friends, which produces “an experience that is quite different”.

“You wouldn’t want your first name, last initial, work, school, hometown and all that stuff laid out to any random nearby.”

“When people are in a social network, then it’s a little bit different. There’s transparency.”

“People treat each other like they do in real life. There are no creepy, weird messages.”

So what’s the catch?

It may not be for everyone, with McLeod admitting the app is aimed at young, urban professionals between 23 and 36 who are well connected.

It also only launches in cities when it has enough interest, so it’s only available to Sydneysiders – for the moment.

Instead of being able to swipe through dozens of people at any time, Hinge also only offers you 20 curated matches each day, with the app learning your taste over time.

“People view it as much more of a way to meet people rather than just a game.”

“People join Tinder for a number of reasons, but people on Hinge, you want to meet them in real life.

So is Hinge worth a shot? The science is definitely there.