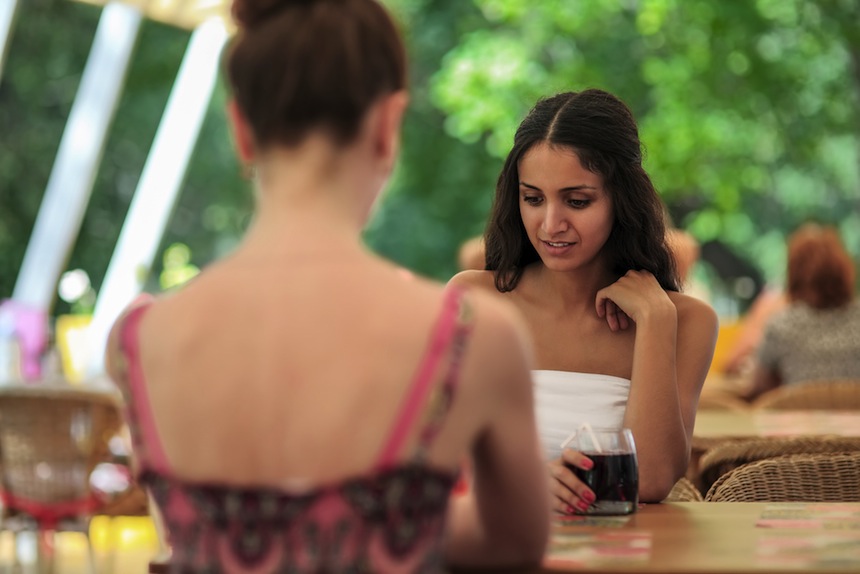 When I was 20, after two very intense years of friendship punctuated by 3am K-Mart runs after the pub closed, my bestie dumped me. She sat me down and informed me that she was ending our friendship. She was calm and I was distraught.

Ten years later, a very dear friend with whom I’d shared many firsts since we were teenagers – excited tales about our first boyfriends, our first big overseas trip – simply stopped talking to me.

In hindsight I understand we grew apart, but it took until I saw her wedding pictures on Facebook to confirm that it was over.

• Confessions of a first-time Tinder user
• Can these 36 questions help you fall in love?

There are so many ways to leave a lover but the road to ending a friendship is surprisingly vacant. So which is best: ripping off the friendship Band-Aid or turning a cold shoulder?

Ending a friendship can be just as painful as splitting up with a romantic partner. In fact, sometimes our worst break-ups are with friends. But sometimes it’s necessary to let go of people who no longer share our values or provide support.

“We all benefit best when we surround ourselves with people who have a positive influence on us,” says Sue Yorston from Relationships Australia Victoria.

“So if there’s someone in your life who’s being negative you don’t need to maintain that sort of relationship, it doesn’t do any good for you.”

Ms Yorston says it is best to be upfront in much the same way as you would when ending a relationship with a romantic partner.

“As you do in any relationship, you need to be as honest and straightforward as you can – on the understanding that whatever you’re saying, the other person may not accept it but at least you’ve said it.”

As in any confrontation, it’s best to focus on how you feel.

“Use ‘I’ statements,” says Ms Yorston. “When you say ‘you’ it can look like you’re blaming them for whatever it is you’re feeling. When you’re pointing at yourself you’re explaining to them how you feel about what’s happened.”

Looking back, my first friendship break-up was the most brutal but the second hurt a lot more – perhaps because it was decidedly less dignified. Anecdotal evidence suggests that, particularly for women, the silent treatment is a more common method for breaking up with friends.

Natalie Kon-yu, a lecturer in gender studies at Victoria University, says this may be because we don’t have many accurate representations of platonic relationships between females in our culture, which means we don’t know how to end friendships.

“When it comes to dealing with friendships we don’t expect them to be honest confrontations,” she says.

“It’s quite common that we just stop talking to one another and it does come back to the uncomplicated way we look at relationships between women. We don’t like women to disagree with one another.”

Ms Kon-yu says we should feel comfortable ending a friendship with a clean, dignified break.

“If you’ve gotten to the point where either one of you isn’t getting anything important or meaningful out of the friendship you should just be able to say to one another, ‘Look, this has run its course’,” she says.

“It’s hard to take initially but I think it’s more respectful for the friendship that you did have. It takes into consideration that it’s someone who you spent a lot of time with, and while their relationship may not be something you want to be part of anymore it’s something that you gave your time to.”

If you’re the dumpee, it’s healthy and perfectly normal to grieve for the friendship.

“You go through a range of emotions but eventually you’ll come to acceptance where you accept the other person doesn’t want to be friends anymore and you need to move on.”

How to break up with a friend with your dignity intact