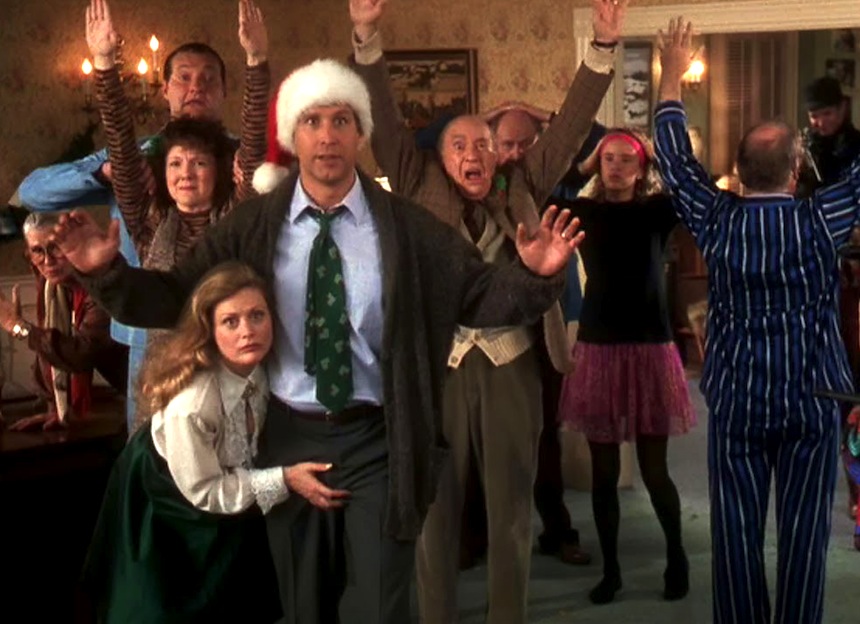 While most Australians crave a relaxed family Christmas with cold beer and warm weather, the reality is often quite different.

Your older sibling criticises your life choices while shovelling pudding into their face, your parents grill you about your new partner and your Uncle Barry drinks way too much wine. Again.

Psychologist Yvonne Willich says people often become upset when their dream family Christmas doesn’t live up to expectations, especially if there are more complex and distressing things lying below the surface.

“It’s the expectation that Christmas is meant to be a time when families get together and it’s all joy and happiness,” Ms Willich says.

It is possible, however, to avoid the conflict this Christmas and make your family lunch a valuable bonding experience.

Be prepared for all possible situations with our failsafe phrases for surviving any awkward situations.

What to say when…

Your family members aren’t getting along

Ms Willich says it’s best to defuse the situation and distract them with something else which is positive, rather than accuse them of ruining the day.

“Any of those accusatory comments like ‘would you guys stop fighting?’ or ‘look how you’re making Mum feel!’ – any of that stuff is likely to just take the anger up a notch,” Ms Willich says.

“Just say ‘guys what about you take that offline for some other time? Now let’s open grandma’s present’.”

Someone has experienced loss or a break-up

If one of your relatives has recently lost a loved one or experienced a relationship breakdown, it’s better to address it than to try and pretend it didn’t happen, says Ms Willich.

“If you don’t talk about it because you’re scared of saying the wrong thing, it’s worse,” she advises.

“Just say ‘this must be a hard year for you and I’m grateful that you made the effort to come and be with us’.”

A family member is questioning your life choices New Life Counselling director Peter Jankowski says the best thing to do is remove yourself if you feel like someone is attacking you or is trying to start conflict.

“If someone is looking for conflict, if you can see that your cousin or sister is waiting to pounce on you, don’t talk or engage too much,” Mr Jankowski says.

“Just say something like ‘I have to go pick up ice and I’ll come back’. It works wonders. The other person should get the message.”

Ms Willich says you have to decide whether it’s worth pulling people up on things they are saying.

“Sometimes, even if you’ve got the brother who drives you insane because he’s so sexist or whatever, think ‘do I have to pick him up on every ridiculous thing that he says or can I let it go through to the keeper?’” Ms Willich says.

“If someone says something that is annoying but not distressing, you can just let it go. Just think ‘that’s who they are’.”

Someone gets far too boozy

Mr Jankowski says to avoid alcohol on Christmas Day because it heightens emotions, making us “twice as emotional and twice as angry, twice as fast”.

If a family member is drunk, Ms Willich says to also handle it in a non-accusatory way by encouraging them to put their feet up on the couch.

“Give them a pillow and lie them down on the coach,” she suggests.

“Again it needs to be ‘you know what Rob? Why don’t you just have a little lie down for a while?’”

A family member is being nosey

If someone is quizzing you on something you’re not comfortable talking about, like a new relationship, or what your salary is, just tell them you’d rather not talk about it on Christmas Day.

“Just say ‘I’m not really comfortable with this conversation. Can we do this another time?’ or ‘can we not have this discussion today?’” Ms Willich says.

How to survive your family this holiday season