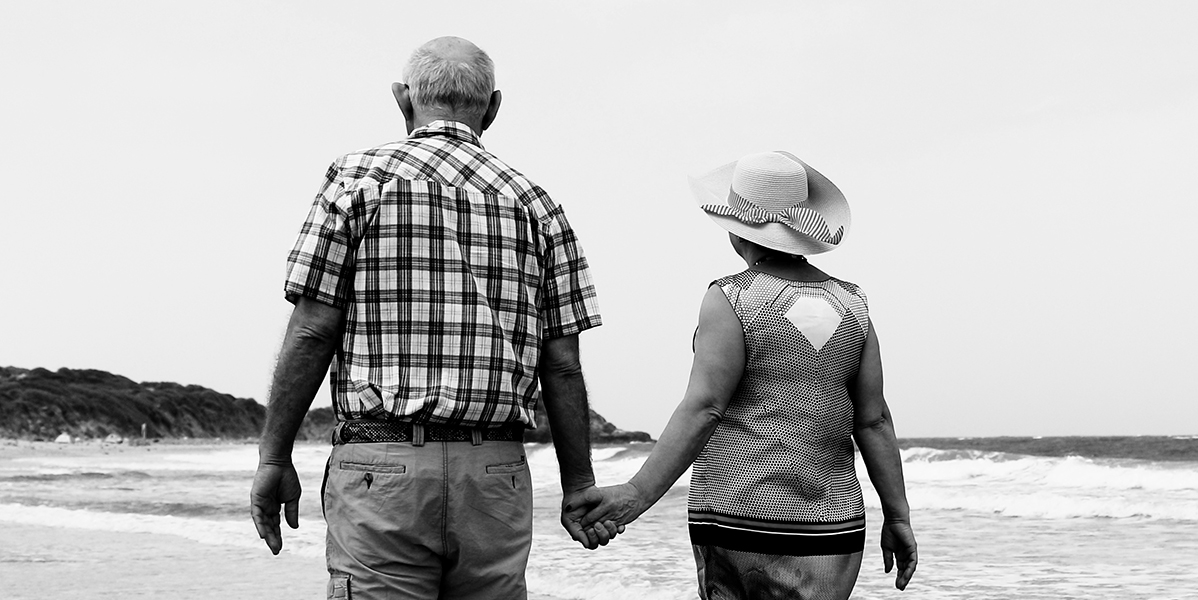 The lasting love of a couple celebrating 70 years of marriage is quite remarkable to witness, given that these days over a third of Australian marriages end in divorce. My grandparents Joy and Bill Morgan celebrate this milestone this year, and it’s not just the amount of time they have been together that impresses, but their steadfast adoration and love for each other.

What are your secrets to romantic success? Let us know in the comments below.

Unlike many couples who stay together because it’s easier than the alternative, their relationship endures because they still genuinely like each other and want to be together. There is no bickering, no jibes, no passive aggression.

After seven decades of creating a life together and weathering storms side-by-side, they still hold hands. My grandfather says grandma is “the same girl as the day we got married”.

I’ve been a curious and close observer of the ingredients that make their happy marriage and I have concluded that there are six central secrets to their enduring love.

It sounds simple and down to luck but – as my grandfather puts it – a lasting marriage boils down to picking the right person.

Potential newlyweds have to make sure they really do like the person they marry.

Too many people persist in relationships that don’t quite fit, hoping they can change fundamental character ‘flaws’ that they don’t like over time. It’s better to find someone you don’t want to change.

Commitment either can be something that restricts freedom or it can be a declaration of dedication. My grandparents committed to each other whole-heartedly and declared their dedication, with no want for any other option in their minds.

It’s not that they are unwillingly bound together with no exit strategy if things go wrong. It’s that they don’t want an exit strategy; they have chosen to work through any problems and avoid creating issues in the first place.

Having the same fundamental values has meant my grandparents don’t butt heads about the big or small stuff. There is no argument about how, or when, or in what priority things should be done.

It also means they never argued about how to raise their children, or what they wanted to do in their retirement years – the big stuff that brings many couples unstuck. They are a strong team facing their challenges as a united front.

After getting married in 1944, my grandparents have formed quite traditional roles in their marriage – breadwinner and homemaker was the way it was done in those days.

Gender roles have well and truly evolved in 2013, but what I take from this is my grandparents’ sheer commitment to doing whatever needs to be done.

They are in a solid team, they don’t resent each other or have a go when things around the house aren’t done – instead they focus on appreciating each other for what they do.

As their bodies deteriorate, and minds start to trick and hearing fades, my grandparents have unrelenting patience for each other and for repeating themselves.

They don’t get annoyed with each other, they don’t raise their voice and they don’t walk ahead of one another. I suspect they have always had this level of respect and patience for each other.

Old age isn’t for wimps. Now well into their 90s, my grandparents take turns having turns for the worse, but both of them are able to laugh about it. Whether it is a joke about losing their minds or simply employing laughter instead of tears, they are both able to see the humour in life.

Of course it’s their health that has got them to get to this platinum wedding milestone, but these six rules have made the road a happy one.

What are your secrets to romantic success? Let us know in the comments below.

Love lessons I learned from my grandparents