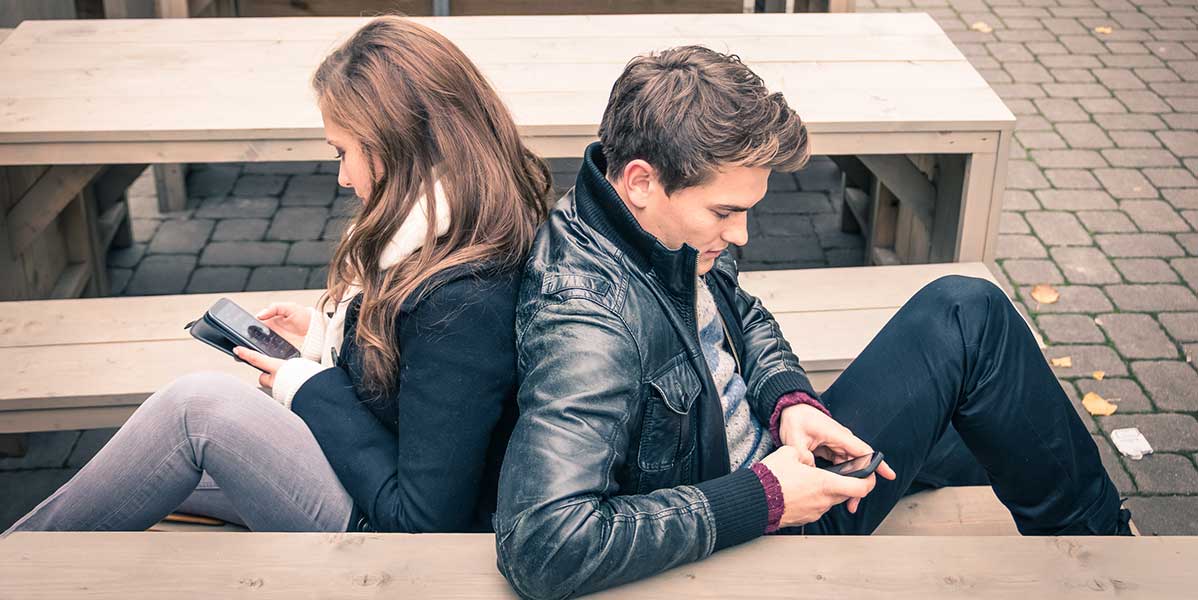 There might be more ways to snare a date than ever, but can all the Tinder in the world really spark the flames of genuine love?

Smartphone in hand, those of us in-between romantic opportunities think very little of sending out a random smile, a nudge or a wink – perhaps even telling a saucy-looking stranger that we’d “like to get to know them”.

Can’t think of a conversation starter? eHarmony, RSVP or a wealth of other dating websites have a range of corny scripted questions ready to go. And hell, if you’re on Facebook, a short poke might either delight or horrify your intended recipient.

As the LOLs and dating website oddness spiral out of control (example: “I want a partner who wants to know about the intimate things at the core of my being”), it’s got me wondering, Carrie Bradshaw style. Have Tinder and all those other computer-assisted pick-up tools made us even more gun-shy when it comes to finding a genuine mate?

He gave me a mock serious stare and said: “People have died in here you know”.

My recent dating experiences have been akin to shopping at IKEA on a Saturday afternoon – painful and with little chance of a quick escape.

There was the quirky guy who started singing Psycho Killer to me on a first date – in jest, I hope. As he dropped me off at the station in his vehicle, ironically an old ambulance, he gave me a mock serious stare and said: “People have died in here you know”.

“Would you say your smile is your best physical feature?” another chap asked me over what my friends and I like to call ‘human eBay’ – aka online dating – clearly wanting a full condition report before committing to a drink. I never got to find out what his best physical feature was.

Yet another potential suitor that I’d never met texted me at 6am to inquire how I’d slept, while other complete strangers have boasted of their running times or have roped me into riding 30 kilometres on a first date.

Oh, the sweaty, stupid romance of it all!

“Have you had any more beep-beeps on your phone?” my ever-optimistic mum has asked every so often, referring to online dating correspondence via the modern telephone. “You only need one good one you know!”

“Your league is now with the short, balding and fat ones on mediocre salaries.”

Certainly online commentators can be far from encouraging in one’s path to meeting a mate, especially if God forbid, you haven’t settled the whole deal in your 20s.
“Ditch the expectations. You’re in your 30s so the tall athletic types are now out of your league,” a comment on a dating blog helpfully pointed out recently.
“Your league is now with the short, balding and fat ones on mediocre salaries.”

Even in real life it can be hard to win a trick. You’d think at least following your passions as an unattached type might win you some kudos, but this is far from guaranteed.
“Well I know why you’re single,” a middle-aged travel acquaintance informed me recently before, oddly, trying his luck. I was genuinely curious, and of course, bracing for major offence. “You like travelling too much, and you’re probably too independent.” My apologies.

Luckily, most of the blokes I have met online have been nice, if not ‘the one’. In fact I had one serious relationship through the power of the world wide web, while countless friends have met partners, some going on to make little families of their own.

The less impressive dates have provided endless streams of comedy during dinners with similarly love-challenged friends.

But all this has got me to thinking – what if I could just fill a room with some normal single people and make them actually talk to each other? Would sparks fly, or would everyone be too embarrassed to ask for each other’s numbers in the flesh?

Next week, I’ll find out when my little experiment – organised largely via social media naturally – comes to fruition with a charity single’s night at a pub in Melbourne.
We’ll be raising money for a school in Cambodia, where I’ll be volunteering next month. To get there I’ll have to travel, which as we know, makes me totally undesirable.

So gentlemen, and ladies, please form an orderly queue. And if anyone knows the recently-single Shane Warne, feel free to pass the invite on via Twitter or text.

Crack on for Cambodia is on Thursday, March 13 at the Robert Burns Hotel in Collingwood, with all profits going to Feeding Dreams Cambodia.

Online dating: Easy to find a date, hard to find the one