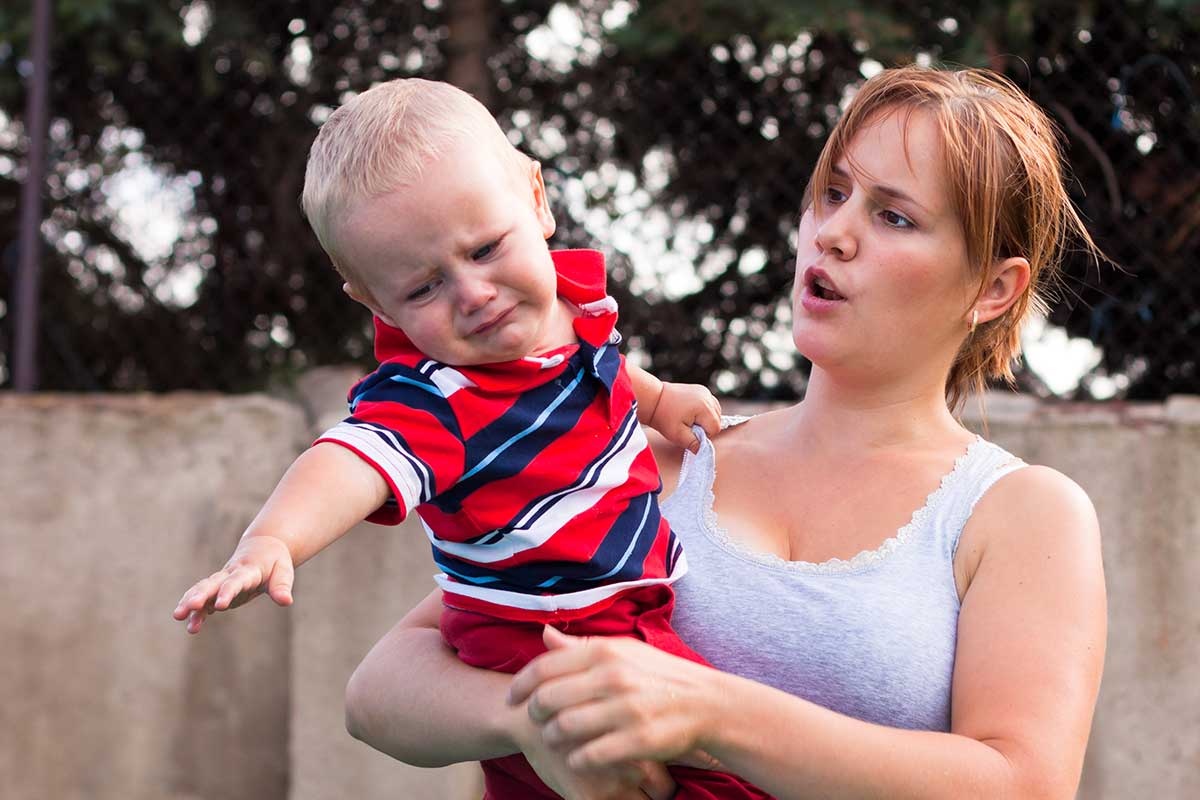 Really, I hate to be the one to say it. I don’t want to poop on your mothers’ group. But enough with the parenting columns that go like this: I became a mother, it is crazy tough, no one told me it would be like this.

People did tell you – in person, online, at the movies – you just weren’t listening. Nor should you have been. You were busy living another life without children – which, if you are a parent now, might look carefree in retrospect. But you were warned. The latest example of such a column was by journalist and food blogger Esther Walker, first published by The Times (I’m not depressed – I’m just a mother, January 6) and in Australia on the Women’s Agenda site with the headline: What no one tells you about motherhood. Walker writes about being “one of those people who became down in the dumps about having a baby for no earthly reason other than I just found it, frequently, exhausting and dreadful”.

She adds that when she talked about how difficult she was finding the daily demands of caring for a baby (and I have shared her pain) she kept getting asked if she was depressed – and this was frustrating and inaccurate.

Now, if you google “what no one tells you about motherhood” you will get over 1.7 million search results. Lists upon lists, blogs upon blogs, with books available from Amazon featured in the advertising space to the right. So, I think we can say that permission has been granted. Confessional writing has boomed in the last decade.

Bloggers and reality television have made talking about the darker bits of life more acceptable – entertaining even. We’ve had chick-lit books like I Don’t Know How She Does It turned into Hollywood movies (badly). There was that whole Go The F**k to Sleep thing, which was then voiced by actor Samuel L. Jackson. That too, is apparently slated to become a movie.

Every one of these motherhood secret-revealing missives is greeted with “Amen!” comments from fellow parents. “This is exactly what I’m going through!” they cry. “Exactly!” But I’ve yet to see a comment from an expectant mother who says, “Oh boy, seriously? Thanks for the heads up!” Or from a reader who says, “I’m not even thinking about having kids, but when I do it will not be such a shock now I’ve read this.”

Back in 2009, I wrote an opinion piece for The Age newspaper about my own baby-having experience that, in part, lamented that no one told me how closely the childbirth experience could resemble a car crash. Like Walker, I wondered in print why people kept asking if I was depressed afterwards.

Now, with the wisdom of someone out the other side of the baby bubble, I can posit that people ask this question out of genuine concern and a desire to help in some way. Though if they are parents, they know there isn’t much they can do. You just have to go through it, hopefully with the support of family and friends who will ask if you’re okay if you tell them that you’re struggling (in case actual help via a medical professional or counsellor could be of assistance).

When I had my first baby, we were renting a house near a primary school. As I sat in the front room, nursing my daughter (and I will share that we did not find breastfeeding to be a peaceful or blissful experience as advertised), I would watch the parents walk their children to school. I used to think, “I can’t believe every one of them went through this – this seismic shift in their universe. Why didn’t anyone tell me?” And then I would vaguely recall someone in the office gently asking a pregnant me if I really knew what was coming. Or a friend giving me a book on feeding and sleeping routines that I hadn’t had time to read.

But I had to cross that threshold, walk through that door of perception myself to get what they’d been trying to tell me. And then I had to walk through another door with our second child. The same is surely true for those who continue their adult life without kids – they’ve just walked through a different door to mine. Or people who have cancer. Or who lose a loved one. No one can tell you what those experiences will be like. You have to be there.

Not for a minute am I suggesting mothers – or fathers – stop expressing themselves or sharing their travails and also their joys. Like the sage advice my daughter gave me when she was a preschooler. I had told her the day before that you can’t always get what you want, and now I was asking her to put on a jacket before we went to the park.

“Mummy,” she said, looking at me as if over imaginary spectacles. “You don’t always get what you want. That is the life.”

Lucy Beaumont is a Melbourne mother-of-two, editor and writer.

Finding motherhood hard? We told you so