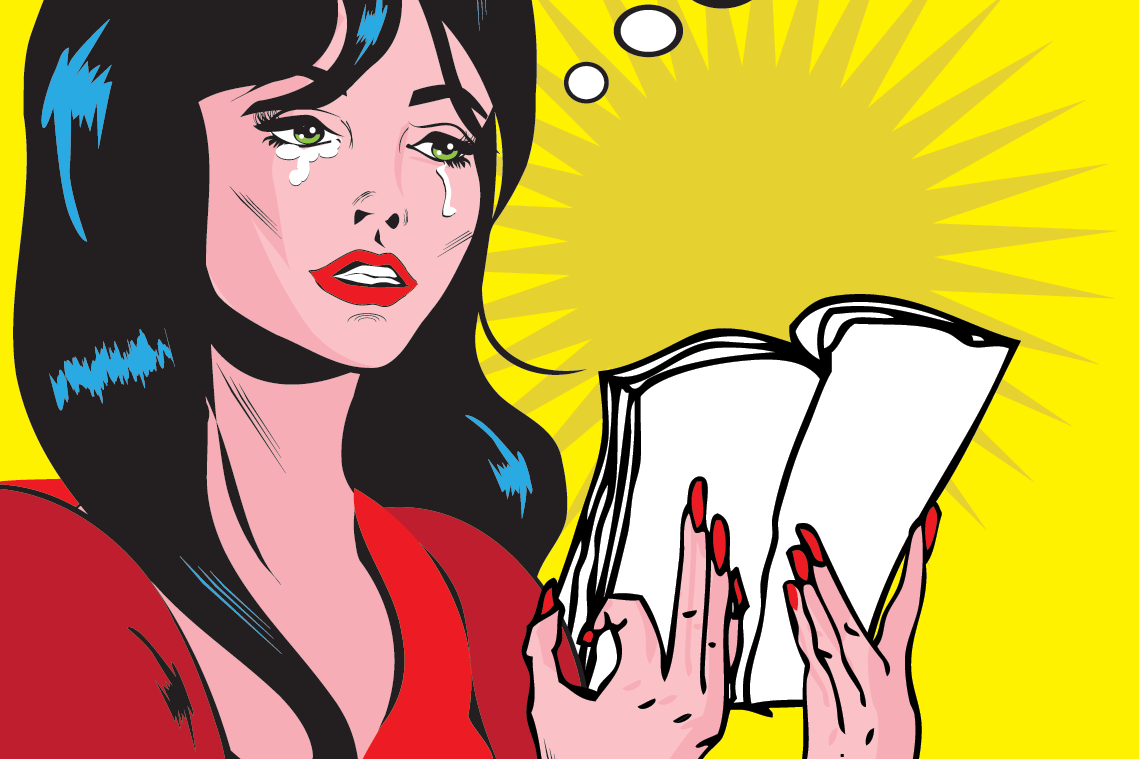 Rachel Smith reveals her top picks – old and new! – for DIY therapy, whether you’re a sad singleton, struggling through a bad relationship, plagued by chronic overthinking or just in need of more joy in your life.

If you’re single and struggling…

In the past half century, the rise of people living alone has become a social phenomenon (in the US, 50 percent of adults are single and in Australia, 24 percent of households are solo dwellers). And, while solo equals lonely for some, others find it invigorating and empowering, as sociologist Eric Klinenberg argues via fascinating interviews, facts and figures. He reveals the impact solo living is having on us, our culture and our cities and looks at ways societies can start ‘redesigning solo life’.

Runner-up: I’d Rather Be Single Than Settle, by Emily Dubberly

If you’re not sure about the person you’re dating…

Deal Breakers: When to Work On a Relationship and When to Walk Away
By Dr. Bethany Marshall

Are you obsessing over nothing, or is your partner really a total nightmare? It’s a question that therapist Dr Bethany Marshall sets out to answer in this handbook on bad relationships – ideal for any woman dating or in a pattern of dating blokes who should be slapped with warning stickers. Read it if you need a crash course in setting boundaries and defining your personal relationship deal-breakers.

Runner-up: But He Says He Loves Me, by Dina L McMillan

If you can’t get over a break-up…

An oldie but a goodie and the ultimate break-up manual written by a husband and wife team (Behrendt also co-wrote legendary 2004 dating book He’s Just Not That Into You). It’ll make you laugh when you really need a good chuckle, and it’ll give you a straight-talking kick in the pants before you resort to drunk dialling your ex. Oh, and then there’s that bit about transforming yourself into a ‘hot and happening Superfox’. Definitely one for anyone languishing in Splitsville.

If you overthink everything…

Women Who Think Too Much
By Dr Susan Nolen-Hoeksema

If you’re literally strangled by your thoughts or find yourself stuck in analysis paralysis over every little thing, you’re an over-thinker. No biggie – many of us have to deal with the ‘monkey chatter’ in our heads, but Nolen-Hoeksema’s book will teach you to escape anxiety and negative spirals which can be toxic and exhausting.

If your partner just doesn’t ‘get’ you…

If you didn’t catch this couples’ boot camp show on the ABC this year, read the book instead. It puts four unhappy real-life Aussie couples through their paces, helping them understand each other, communicate better and ultimately build stronger relationships. Some great tips any troubled twosome will want to try.

Runner-up: Wake Up Or Break Up, by Dr Leonard Felder

If your husband’s fallen out of love with you…

What do you do if your partner suddenly announces he or she doesn’t love you anymore? That happened to Munson, who penned a controversial piece about her experience in the New York Times in 2009. She distanced herself from her husband’s crisis, stayed calm and tried to live in the present, as she details in this self-help / memoir. While polarising (some feel she should’ve kicked him to the kerb), it may offer another, gentler perspective for anyone in a similar situation.

Runner up: The Irritable Male Syndrome by Jed Diamond

If parenthood has killed that loving feeling…

UK-based therapist Andrew Marshall copped it big time when he stated that couples should put their kids second to their spouse. But threatening as that idea may be to the average helicopter parent, it could be a shot in the arm to a flailing marriage, especially if one or both of you is so focused on the kids you’ve forgotten what the hell you’re doing with each other.

If your sex life needs a jumpstart…

Mating in Captivity
By Esther Perel

If you’re resistant to change…

Courage: The Joy of Living Dangerously
By Osho

So many of us hang onto our fears and the familiar world we’ve created, while others jump at opportunities to take chances and risks – even if it means spectacular failure. This fantastic book by spiritual teacher and meditation guru Osho celebrates courage and embracing the unknown, especially if we want to become stronger and more able to face anything life throws at us.

Runner-up: Too Soon Old, Too Late Smart by Gordon Livingston

If you want to retrain your mind…

You Can Be Happy No Matter What
By Richard Carlson

The late, great Richard Carlson – of Don’t Sweat The Small Stuff fame – also wrote this brilliant little bedside manual for finding contentment. In it, you’ll learn how your mind works in creating or minimising problems, and the simple tactics you can apply to help it along, actually training your mind to interpret situations more positively.

If you need a happiness booster…

The Happiness Project
By Gretchen Rubin

Imagine taking a year to try and shoehorn more happiness into your life? That’s what writer and blogger Rubin did in this New York Times bestseller and it’s full of tried and tested (but seemingly simple) tips – such as keeping a gratitude journal, making your bed, focusing on efforts rather than results. Both scientific and personal, it’s self-help for anyone who wants to be more of a glass-half-full type.

Sydney journalist Rachel Smith moonlights as an advice columnist and runs Letter To My Ex. She likes champagne, sleeping in and reading excerpts of self-help books out to her husband of an evening. He’s such a lucky bloke.

Your guide to self-help books that actually help