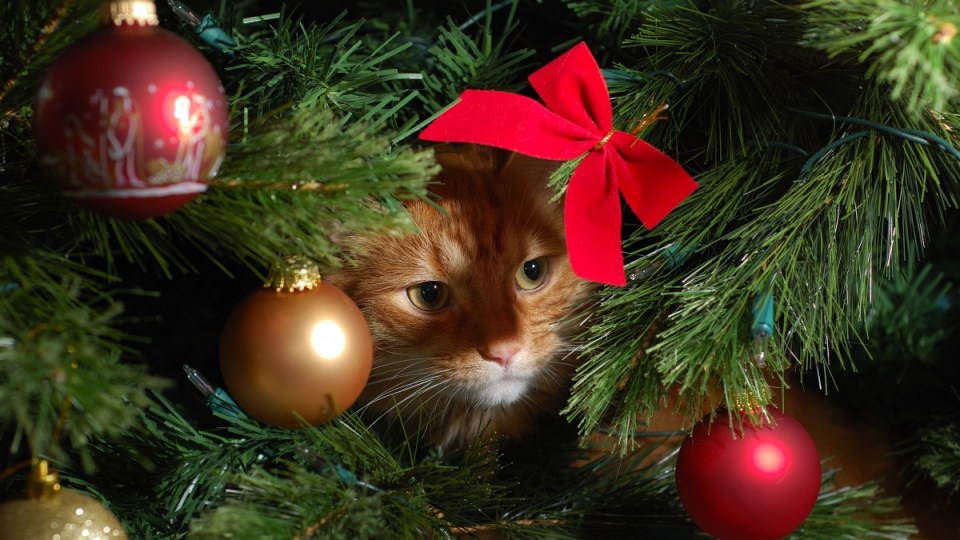 Cat owners often find that their fur children love the Christmas tree even more than they do.

But there are some precautions you need to take if you want to have a meowy Christmas.

Dr Leonie Richards from Melbourne University’s U-Vet Veterinary Hospital said Christmas trees were “a bit of a hazard” for all pets but were especially dangerous to curious cats.

Felines fancied the trees, Dr Richards said, because they were attracted to the shiny baubles and sparkling tinsel.

“It just looks like an enormous playpen to them,” she told ABC Radio.

“Cats love playing with little balls so they’ll knock them off and bat them and have a lovely time.”

But hanging the baubles higher just increases the likelihood of your cat climbing the tree, which is not a good idea.

“There’s a potential of knocking the tree over and not just creating mess and mayhem, but even breaking their leg with the tree falling on top of them.”

The most common Christmas tree-related injuries to cats come from them chewing on decorations.

“Cats either swallow the string from the baubles or chew on the tinsel,” Dr Richards said.

“It can cause huge problems in their intestines.”

Dr Richards said it was best to keep your tree in a place where you could supervise your feline friend.

But as you count down the sleeps till Santa comes, keeping your kitten and Christmas tree separated is the best way to ensure a silent night.

“I think the most sensible thing, obviously, would be to have the tree in an area that you can actually shut the door,” Dr Richards said.

If that’s not possible, you could consider covering the floor around the tree with aluminium foil.

“Cats don’t like to stand on that surface,” Dr Richards said.

How to avoid a Christmas tree cat-astrophe this festive season