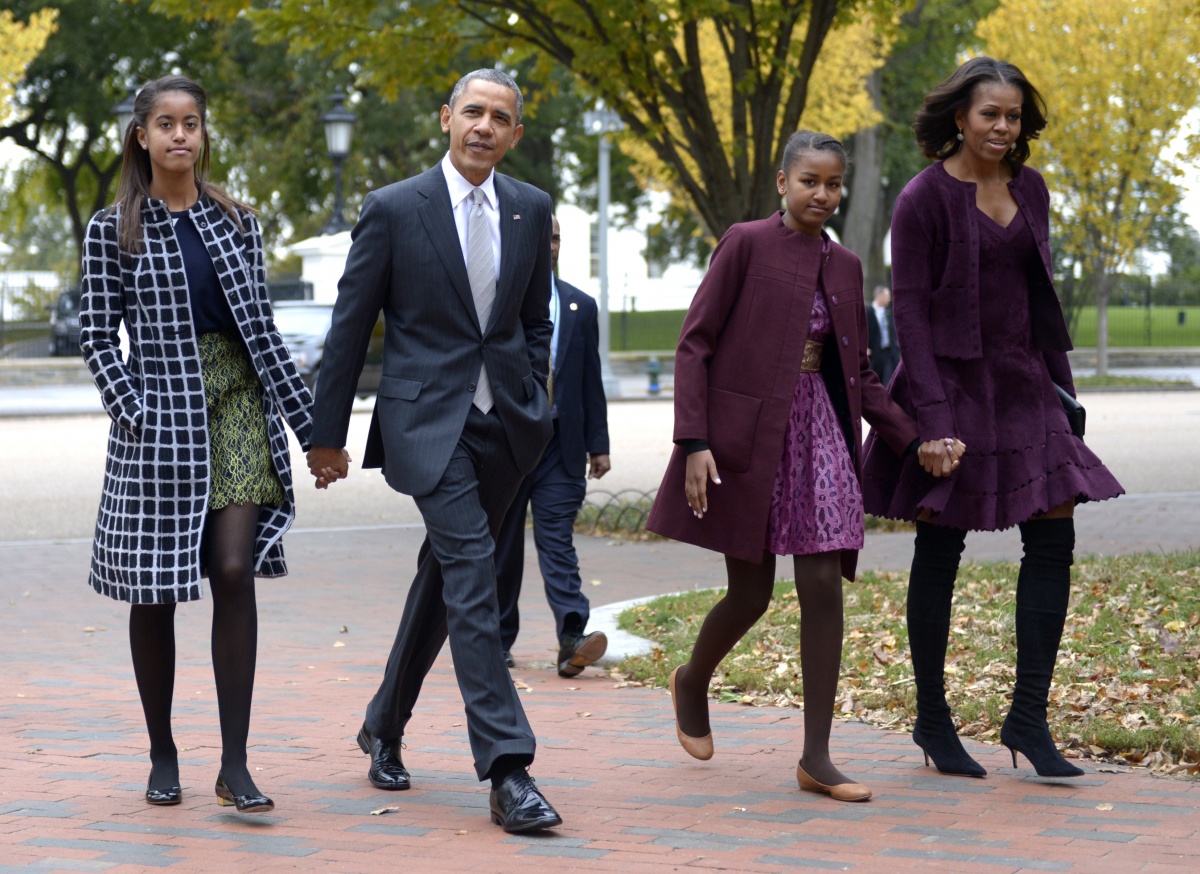 Most houses would feel like a downgrade after eight years in the White House, but Barack and Michelle Obama won’t have much to complain about in their new pad.

Unlike many presidents before him, Obama has decided to stay in Washington after moving out of Pennsylvania Avenue, specifically to avoid uprooting youngest daughter Sasha before she graduates from high school.

The first family will rent a nine-bedroom, marble-laden mansion from Joe Lockhart – a former senior adviser to Bill Clinton who has moved to New York to work for the National Football League – and Giovanna Gray Lockhart, an editor at Glamour Magazine.

Valued at A$8.3 million, the Kalorama residence features beautiful hardwood floors, spacious, light-filled rooms and a separate “au pair suite” that could be used by Obama’s mother, who lived with the family in the White House.

The 760-square-metre home, which boasts an impressive eight-and-a-half bathrooms, was built in 1928 and offers the Obamas a perfect mix of large-scale luxury and suburban charm.

America’s answer to the royal family may have spent eight years in the world’s most famous residence, but their new digs will be nothing to sniff at.

While the Obamas will be drastically decreasing their security detail post-White House, the family’s new neighbours will include a number of international ambassadors and wealthy Washington elite accustomed to bodyguards and armoured cars.

A number of ex-US presidents have previously resided in the illustrious suburb, including Woodrow Wilson, Franklin D. Roosevelt and Herbert Hoover. Former Secretary of State Donald Rumsfeld only moved out last year.

The house is even said to include a ‘guardhouse’, plus a gated courtyard with space for a Secret Service car or two.

Most importantly, ‘first dog’ Bo will have plenty of room to run amok on the patio and formal gardens.

Barack and Michelle Obama still own the Chicago family home they lived in before Obama won his first election – presumably where they will return in 2018 once Sasha has graduated and Malia is safely returned from her gap year in Paris.

Until then, the Obamas will be fielding invites from French Ambassador Gérard Araud, who apparently has a penchant for entertaining.

The house Obama will move into post-presidency