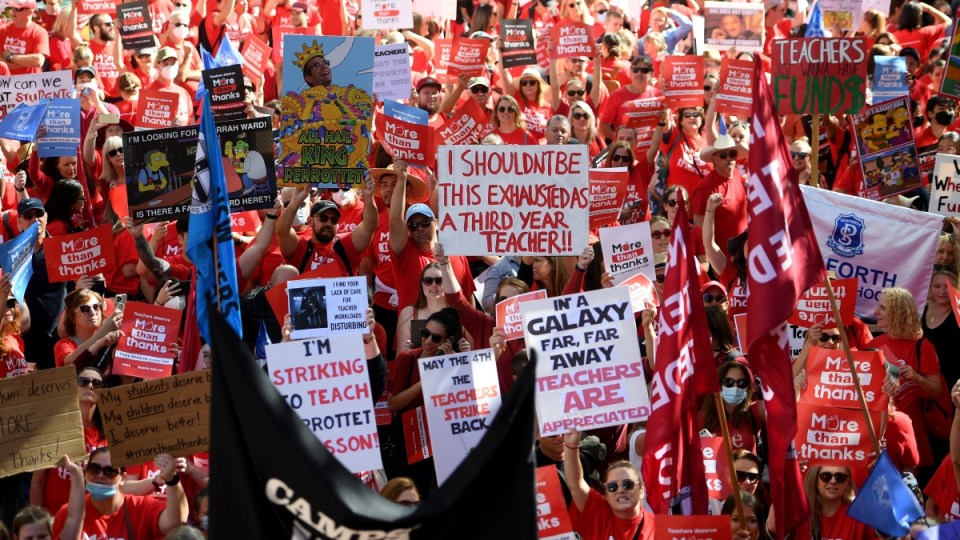 The NSW teachers' strike in May shut down more than 450 public schools, affecting 700,000 students. Photo: AAP

The NSW Teachers Federation faces potential court-ordered penalties because of widespread strikes in May seeking better pay and conditions in public schools.

In a lawsuit, the NSW Department of Education accuses the union of breaching orders made by the NSW Industrial Relations Commission in November last year ordering it to refrain from further industrial action.

According to documents filed in the NSW Supreme Court, the IRC’s orders prohibited the union from engaging in planned strike action in December and any further protests until May 31 this year.

The May strikes were the second 24-hour industrial action taken in six months to pressure the state government to boost pay conditions for teachers.

The government contends the union contravened the IRC’s orders in a number of respects, including encouraging its members to strike on May 4, and urging members to walk out of schools visited by local state MPs around that time.

The lawsuit alleges that around 450 schools were non-operational as a result of the strike, which saw over 45,000 union members participate. On the day, almost 90 per cent of public school students also failed to attend.

PM to travel to flood-ravaged Sydney

Liberals grapple with winning back women