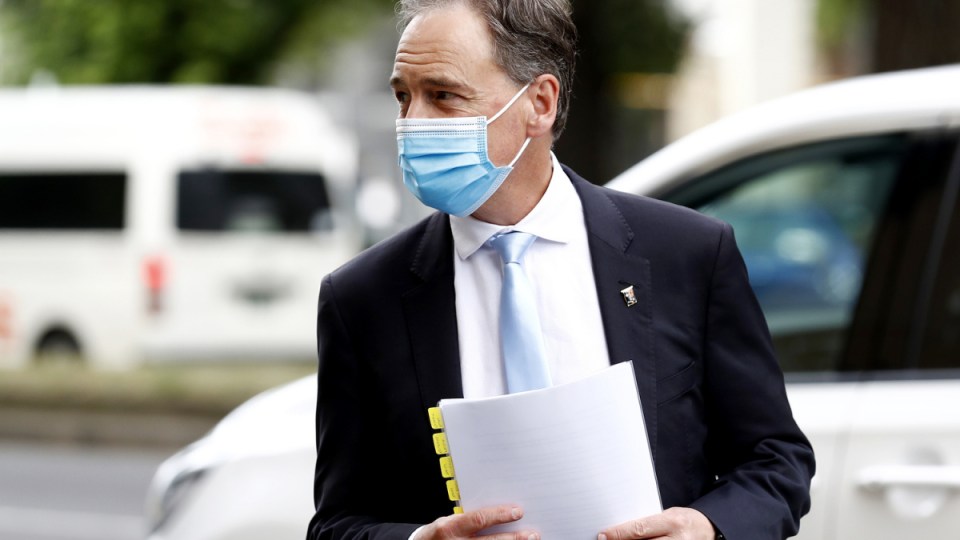 Health Minister Greg Hunt says five to 11-year-olds have been jabbed the fastest of all age groups. Photo: AAP

As experts predict a spike in COVID-19 cases following students returning to classrooms, a new survey has forecast large numbers of infections could go undetected.

The survey also revealed 13 per cent of parents said testing would only be done once a week or less while two per cent said they would never test their children.

Nearly 40 per cent of respondents said rapid tests provided by the government for returning to school would be saved for other occasions, rather than for school surveillance.

Effectiveness of scheme in doubt

“If a third of people are not going to follow the policy correctly, it raises the question of whether it’s worth doing it at all,” he said.

“By not having tests done at schools or having parents show proof of testing, it opens the door to all manner of stockpiling and selling of a commodity.”

The latest vaccination figures have shown more than 40 per cent of five to 11-year-olds have received their first dose of the COVID-19 vaccine.

Health Minister Greg Hunt said the cohort was the fastest vaccinated age group in the country.

“Very significantly, some schools and some school districts are holding school-based vaccination programs and if your child hasn’t been vaccinated, please allow them to be vaccinated,” he told reporters on Monday.

“With schools returning and many children doing regular rapid antigen tests, we do expect to see a rise in the number of reported cases,” he said.

“This is because although infection with the Omicron variant can lead to moderate or severe illness in some people, in most people it causes mild symptoms or no symptoms at all – especially in children.”

Acting federal education minister Stuart Robert said modelling indicated there would be an increase in transmission, but didn’t reveal what the expected increase would be.

“The key thing is it’s safe for kids to go back to school. We have to get back to normal,” he told Sky News.

It comes as Monday marked the expansion of eligibility for the COVID-19 vaccine booster for 4.5 million Australians.

The time frame between second and third vaccine doses is now three months, however, some states and territories had reduced the waiting time between doses before the nationwide rules came into effect.

Opposition health spokesman Mark Butler said Australia was still well behind on the booster rollout, with less than 30 per cent having the third shot.

“It’s very clear we needed those boosters in the arms of aged care residents as quickly as possible … there are still hundreds of facilities that hadn’t received their boosters.”

Monday saw another 44 COVID-19 deaths across the country, with the bulk occurring in NSW, which recorded 27 fatalities.

There were eight deaths in Victoria, six in South Australia and three in Queensland.