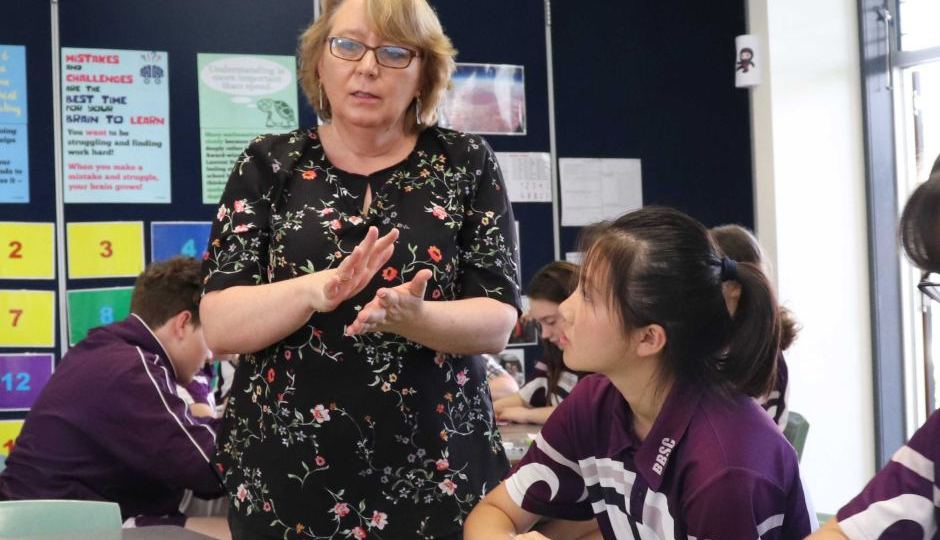 A global study of more than half a million 15-year-olds has found Australian students lag 3.5 years behind their Chinese counterparts in maths – and their performance in all three major subjects is in long-term decline.

The 2018 Programme for International Student Assessment (PISA) report, out on Tuesday, found for the first time since the survey began some Australian states scored below the OECD average in maths literacy.

As well as lagging well behind Chinese children in maths, the study also found Australian students had fallen more than a year behind their Singaporean counterparts in reading.

“We’re not giving them the skills that they need in maths or in reading or in science,” she said.

“We’re not giving them the same level of skills as they are in other countries.

“That is a concern, particularly in a global economy where our kids will compete with kids all over the world.”

Across Australia the results were varied.

In reading, maths, and science, students in South Australia, Tasmania and the Northern Territory fell below the OECD average for the first time.

The nation’s capital was the best performer, with the ACT and Western Australia both beating the average. 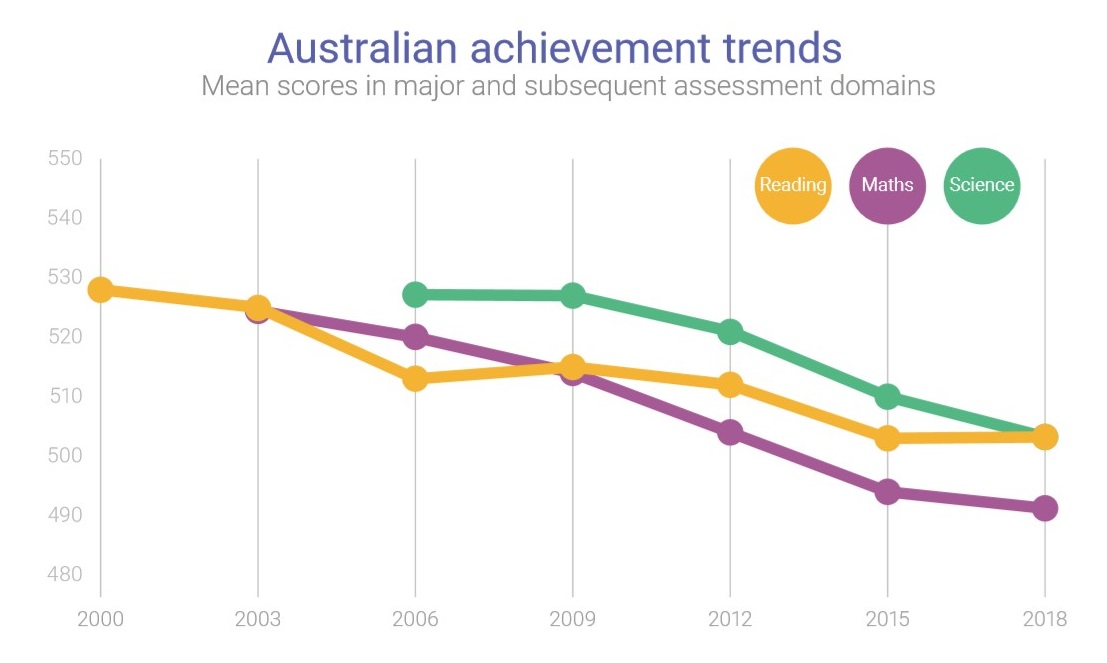 It was on par with countries such as Sweden, New Zealand, the United States, the United Kingdom and Japan, among others.

A decade ago, former academic Sarah Matthews saw firsthand what the PISA results are showing.

Realising students were developing anxiety about maths, she made a rare move to leave behind a university research career to begin frontline teaching.

She now runs a maths breakfast at Brisbane Bayside State College to help teachers and students lose their fear of maths.

“What I’m trying to do [is] make teachers and students believe and understand that maths is about creativity and problem solving,” Dr Matthews said.

Dr Matthews has since won awards for helping students lift their maths results.

She described the PISA results as “disheartening”.

“I think we need to think long and hard about what approach are we going to use to improve,” she said.

“We obviously need to get kids thinking.”

“She makes it not boring,” he said.

The results are expected to dominate next week’s Education Council meeting in Alice Springs, which will see state ministers and education leaders discuss Australia-wide education strategies.

“The time has come for us to change direction,” he said.

“My message to the state and territory education ministers is this: Leave the teachers union talking points at home and be ambitious.”

“This should be a huge wake-up call for Scott Morrison and the Liberals who’ve seen school test scores plummet on their watch,” she said.