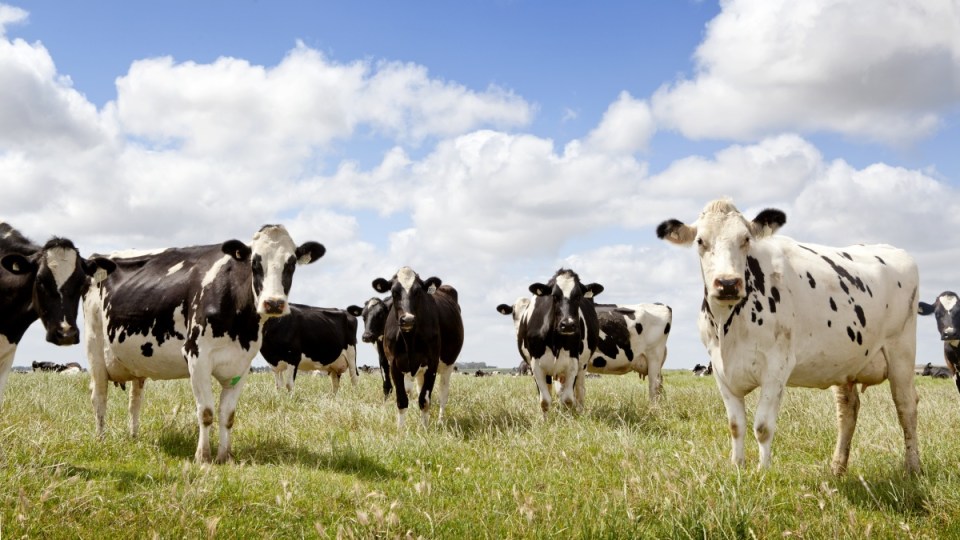 Almond milk better for you than cow's milk? Pull the udder one. Photo: Getty

The milk wars continue, with plant-based beverages gaining a snooty reputation for being a healthier alternative to dairy milk. Science has a problem with that idea.

Dr Riddout writes: “Chocolate-flavoured milk provided similar nutrients to regular milk; however, the added sugar reduced the total score … which was around 20 per cent lower than regular milk, but still substantially higher than calcium-fortified oat beverage.”

The chocolate milk comparison felt a little like a stunt – a cheeky way of making a point – given the study was partly funded by Dairy Australia.

Under the ‘Conflicts of interest’ Dr Riddout noted:

There was, however, no risk that dairy milk would come out looking like a poor choice, nutritionally.

Because there is a large and expanding body of literature, in the respectable news media and science journals, that shows dairy milk is nutritionally superior to the plant-based milks for which cafes will charge you that little bit extra.

Despite this evidence, more people have the idea that soy, almond, oat and rice ‘milks’ are a better option.

According to a useful Conversation explainer by Leah Dowling,  lecturer in dietetics at Swinburne University of Technology, milk provides important nutrients including calcium, protein, vitamin B12, vitamin A, vitamin D, riboflavin (B2), zinc, phosphorus and iodine.

The quantity and quality of cow’s milk proteins is high, and contains all nine essential amino acids. Milk is a particularly rich source of dietary calcium which is vital for bone health.

Research has shown that the body best absorbs and utilises calcium that comes from dairy milk and dairy foods.

The saturated fats in dairy don’t “seem to be overly problematic for heart health”.

In fact, a large 2018 study involving 21 countries “found dairy consumption was associated with lower risk of heart disease and death”.

According to the Victorian government’s health advice, dairy foods have also been found to be protective against osteoporosis, colorectal cancer, high blood pressure and type-2 diabetes.

While lactose intolerance is commonly cited as a reason not to drink milk, there are lactose-free options.

In her Conversation piece, Ms Dowling says that soy milk is a good non-dairy alternative, an opinion widely held among scientists.

She cites a 2017 study that found “soy fared considerably better than other milk alternatives including almond, rice and coconut varieties in terms of nutritional profile”.

Soy is a good source of plant protein, carbohydrates, B vitamins and, when fortified with calcium, it’s nutritionally comparable to dairy milk.

A report from the BBC concurs: “Most plant-based milks have lower levels of protein, and are not a substitute for the nutritional protein content. Soy milk is an exception to the rule, as it does contain all the essential amino acids, and almost the same amount of protein.”

Ms Dowling advises that the ability of the body to absorb and utilise the added calcium in soy drink is approaching that of dairy milk.

She points to a study from 2000 that indicated calcium from fortified soy drink was absorbed at 75 per cent the efficiency of calcium from dairy milk, but notes “there appears to be limited data on this”. And the year 2000 is quite a while ago.

Regarding the other popular plant milks, depending on the brand, you can end up drinking lolly water with some micronutrient benefits. Oat and rice milk aren’t recommended for diabetics.

Last year, according to a report from the University of Wollongong, almond milk became the best-selling plant milk.

But Professor Eleanor Beck, Discipline Leader in Nutrition and Dietetics in Wollongong’s School of Medicine, said almond milk “is not necessarily the super-drink it has been marketed as”.

She said that “while soy milk is closer to mimicking cow’s milk, almond milk is very low in protein. It’s also low in carbohydrates and therefore often has sugar added to make it sweeter”.

Professor Beck made the point that “individuals will jump on any trend that they think is fashionable or healthy”. Even when it’s not.

The CSIRO’s Dr Brad Riddout, in the paper mentioned at the beginning of this story, cautions against changing one’s diet to follow a trend.

The paper, not all about milk, is a technical argument for creating an index that scores foods according to their nutritional value.

Higher scores would be given to foods that “are low in free sugars and rich in nutrients that many Australians don’t get enough of, such as calcium, magnesium, vitamin B6, zinc and vitamin A”.

The New Daily has repeatedly written about the overall poverty of the average Australian diet and its addiction to highly processed foods.

Dr Riddout notes that the most affordable way to repair the national deficiencies in calcium and the vitamins is by drinking milk.

But as Leah Dowling advises: “Although dairy milk has a high nutritional value, there’s no reason why people need to drink it if they choose not to. All of the nutrients in milk can be obtained elsewhere in the diet.”

And that’s a good thing for the planet

Dairy farming is tough on the planet.

It uses up enormous amounts of water and land.

To produce a single litre of cow’s milk reportedly requires about nine square metres of land and about 630 litres of water.

That single litre generates about 3.2 kilograms of greenhouse gases.

In 2015,according to the Food and Agricultural Organization of the United Nations, dairy farming generated 1.7 billion metric tons of greenhouse gases, or about three per cent of human-related greenhouse gas emissions.

The UN makes the obvious point: “The challenge for policy-makers – and for the dairy sector – is how to reduce environmental impacts while continuing to meet society’s needs.”

Plant-based milks are less nutritious but better for environment