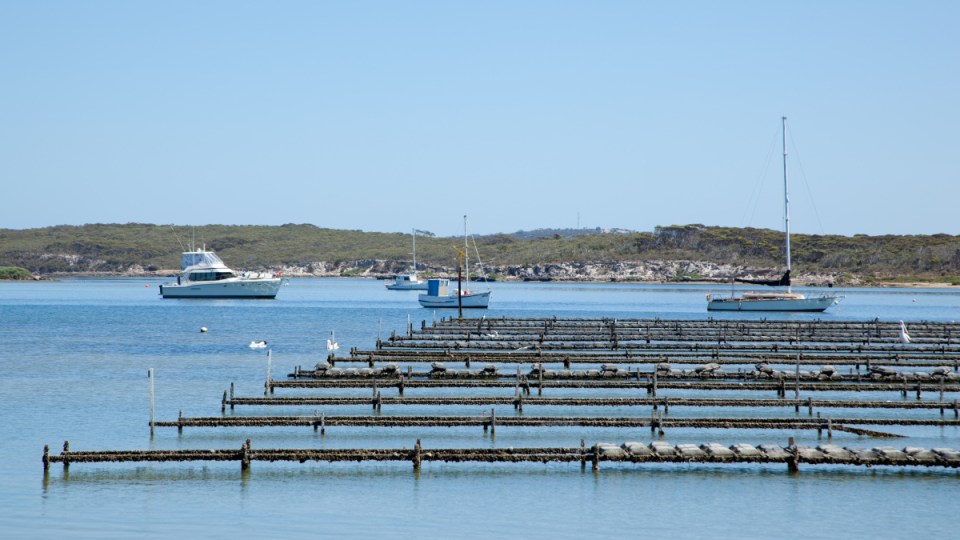 A ban has been slapped on oysters leaving South Australia's Coffin Bay after the worrying spike in gastro cases. Photo: Getty

The sale of South Australia’s famous Coffin Bay oysters has been temporarily halted and no oysters can leave their production area after a spike in gastro cases linked to raw seafood.

The food-borne disease is contracted by consuming undercooked seafood and can cause diarrhoea, abdominal cramps, vomiting and fever.

On Wednesday, SA’s Department of Primary Industries said the number of VP cases since September had spiked to 45, up from 36 last week, and required a temporary shutdown of oyster production while an investigation takes place.

The shutdown at Coffin Bay on Eyre Peninsula is expected to last until early next week. No oysters are allowed to leave the area.

Department of Primary Industries executive director of biosecurity Nathan Rhodes said the “precautionary closure” would give officials an opportunity to trace back recent cases of the disease.

“PIRSA has consulted with industry, who have supported the closure, and has been working with SA Health on the public health impacts of the outbreak,” Mr Rhodes said.

“Many growers had already voluntarily closed their harvesting operations.

“PIRSA continues to work with the South Australian oyster industry as we investigate the likely cause of this current outbreak.”

The South Australian Oyster Growers Association said it was “deeply concerned” about the recent spike in VP cases.

“We are working closely with both SA Health and the Department of Primary Industries and Regions on identifying the source of this current outbreak,” it said in a statement.

“We are examining highly unusual environmental conditions something which has not been seen before in South Australia, which have coincided with this outbreak.”

It also said Pacific oysters must be discarded if out of the fridge for more than two hours and must be consumed immediately once thawed.

“SAOGA will continue to work with processors and retailers to ensure best practice storage and handling methods are followed,” the statement said.

The Eyre Peninsula company said its safety procedures were “on par with the most comprehensive in the oyster production industry globally” and all of its oysters were “100 per cent traceable through our supply chain, which allows us to promptly isolate and manage any incident that may occur”.

“Angel Seafood, along with all growers in the state, is liaising with PIRSA who will conduct audits of onsite oyster production and handling practices as well as those of supply chain and logistics providers,” the company said in a statement to the ASX.

“Angel Seafood stock remains healthy in the water and to any extent sales experience minor delays, they will be sold in the future.”

The Port Lincoln-headquartered company earlier this month reported a 5 per cent increase in September quarter revenue to $2.1 million.