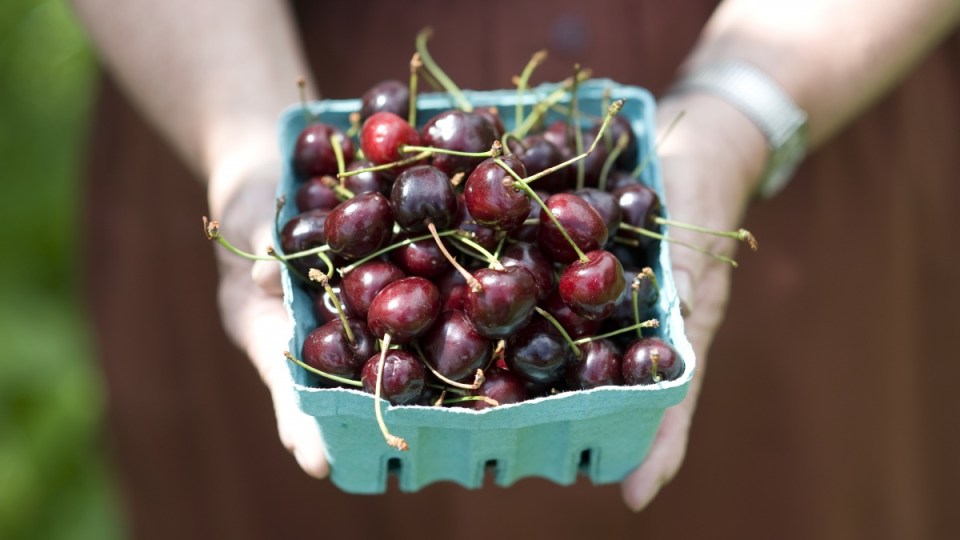 Few fruits say ‘Christmas in Australia’ like the cherry, but growers are warning a price hike could be on the way ahead of the festive season.

“We haven’t got overseas labour,” he tells AAP by way of explanation.

“We’ve got very few from the Pacific Islands (but) cherry farmers mainly need the backpackers and at the moment it’s not looking too good.”

Gaeta’s 6000 trees generally produce around 200 tonnes of cherries a year but he’s worried how he’ll get the fruit off in time.

“We need people to come and pick and grade the cherries and pack them … we’ve got to get them picked and out to the markets,” he says.

The 64-year-old warns that the labour pains are being felt right across the district and will cost consumers at the till.

“If we don’t get the labour and we don’t pick at an optimum time, there’s definitely going to be a price increase,” he says.

Gaeta would usually start harvest in early December and expect workers to have started calling by now.

‘Plenty of work out there’

“There’s plenty of work out there,” he says. “And plenty of money to be earned.”

Gaeta is one of 200 or so cherry farmers across the country, from NSW to Victoria, Tasmania and South Australia. Together they produce about 20,000 tonnes of cherries.

With just six weeks till Christmas, other growers are sending out a similar warning for different reasons.

Tom Eastlake is president of Cherry Growers Australia and owns an orchard in what’s widely touted as the cherry capital, Young, on the South West Slopes of NSW.

He aims to produce about 500 tonnes of the stonefruit, placing him as a mid player in the cherry stakes.

If it wasn’t for the rain he would have already started picking.

“Unfortunately growers that have fruit that is ready to go now, in a rain-affected area will take a little bit of a hit on their early varieties,” he says.

Eastlake isn’t expecting the record harvests of last year to be replicated and thinks prices could rise.

“When there’s not enough cherries to meet demand at peak periods then the price will go higher, there’s no doubt about that.”

He tells AAP unseasonal rain and the wet spring has affected the fruit’s quality across some parts of the country and that growers “are under pricing pressure”.

Agricultural analyst Sean Hickey who specialises in horticulture at Rural Bank expects pricing pressure to have an impact on consumers.

“Growers will need to absorb some of the costs but consumers can expect to pay more,” he tells AAP.

“Prices should reach consumers between $10-$20/kg but recent weather could see more lower grade fruit on the shelves, pushing prices for the better quality fruit above the $20/kg mark.”

And the higher prices will likely go beyond cherries, with predictions grocery prices will also remain high.

“It’s certainly our expectation that fresh produce prices will increase in the very near term and should likely stay at relatively high levels for the foreseeable future,” Cattle says.

While yields are strong across the country, he says “growers are already feeling the price squeeze.”

Prices have gone up for producers “in a whole range of areas,” he adds. “In fuel, in fertiliser, in chemicals and in wood for wooden pallets.

“Costs of production has certainly increased across the board 20 to 30 per cent for alot of growers and as a result we know that fresh produce prices should rise in line with that.

“Season-wise it’s been really good but if you’re not getting a fair price for your product and your cost increases have gone up is it really worth picking your product? That’s what growers are weighing up.”

And if growers cut back, that will mean prices will likely climb further.

“It’s now at a critical point of where growers are making the business decision of whether they walk away … or reduce their planting for coming seasons … which means there will be less product on the market.”

Latest analysis from the Australian Bureau of Agricultural and Resource Economics and Sciences is also anticipating  prices will stay high for “labour intensive fruit and vegetables”.

In the meantime, Gaeta is relying on his children and grandchildren to pitch in but putting a call out to others.

“If you’ve got nothing else to do and you can commit to 2-3 weeks of cherry harvest, there are hundreds of cherry orchards that would love to see you,” he says.

On Thursday he learnt public servants may also be heading his way, as part of a new NSW government scheme that gives five days’ paid leave to help fill labour gaps.

“We’re not going to knock back any help, I tell you”, he says.

Why you’ll pay more, a lot more, for Christmas cherries