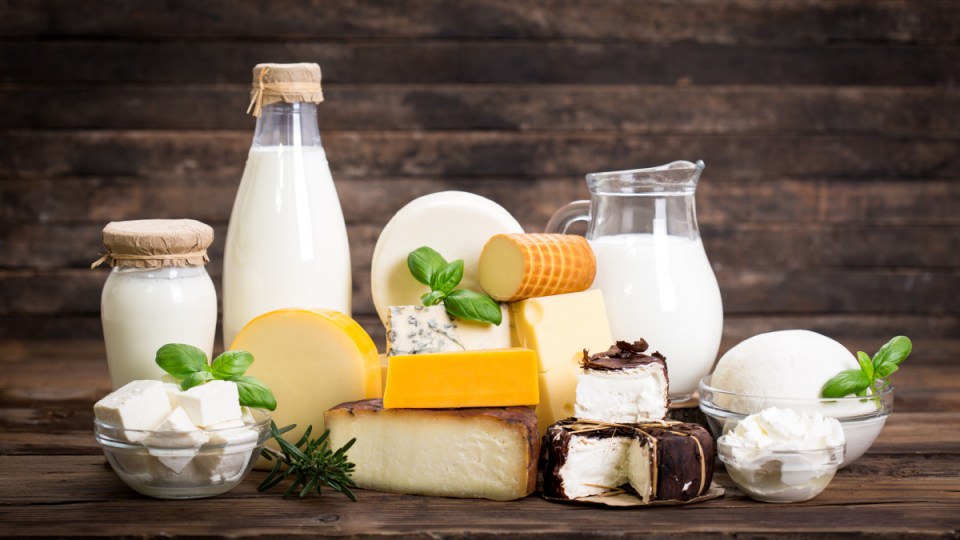 A new study suggests that avoiding dairy fat might not be the best choice for your heart. Photo: Getty

If you’ve been dodging full-fat milk, yoghurt and cheese for the sake of your health, some good news: Dairy fat won’t kill you, according to new research.

Even better, people who consume higher amounts of dairy fat – measured by levels of fatty acids in the blood – appear to have a lower risk of cardiovascular disease compared to those who eat low amounts.

These are interesting findings – and they need to be further investigated – because, as the authors of the study note, “many dietary guidelines recommend limiting dairy fat consumption in order to lower saturated fat intake and cardiovascular disease (CVD) risk”.

The Australian Heart Foundation, for example, advises that “overall milk, yoghurt and cheese have a ‘neutral’ effect on your heart health, meaning these foods don’t increase or decrease the risk of heart disease”.

But this new study – an international collaboration between researchers in Sweden, the US and Australia – suggests dairy fat may protect the heart.

The study was in part prompted by increasing evidence suggesting the health impact of dairy foods “is more dependent on the type (e.g. cheese, yoghurt, milk, and butter) rather than the fat content, which has raised doubts if avoidance of dairy fats is beneficial for cardiovascular health”.

What was the study?

The study involved 4150 Swedish men and women, with a median age of 60.5 years. Dairy product consumption in Sweden is among the highest worldwide.

The participants had their blood levels measured for serum pentadecanoic acid (15:0), a fatty acid that is a short-term marker of dairy food intake – and therefore can be used to measure dairy fat consumption.

The George Institute for Global Health said the participants were then “followed up for an average of 16 years to see how many had heart attacks, strokes and other serious circulatory events, and how many died from any cause during this time”.

After adjusting the results for other CVD risk factors, such as age, income, lifestyle, dietary habits, and other diseases, the researchers found the people with high levels of the fatty acid, reflecting a high intake of dairy fats, had the lowest risk of CVD.

Those with the highest levels had no increased risk of death from all causes.

“Researchers then combined the results of the Swedish study with those from 17 similar studies in other countries – with a total of 43,000 participants – creating the most comprehensive evidence to date on the relationship between this more objective measure of dairy fat consumption, risk of cardiovascular disease (CVD) and death,” the George Institute for Global Health said.

He said: “While some dietary guidelines continue to suggest consumers choose low-fat dairy products, others have moved away from that advice, instead suggesting dairy can be part of a healthy diet with an emphasis on selecting certain dairy foods – for example, yoghurt rather than butter – or avoiding sweetened dairy products that are loaded with added sugar”.

Lead author Dr Kathy Trieu, who is also from The George Institute for Global Health, said researchers had previously found an association between the consumption of some dairy foods, especially fermented products, and benefits for the heart.

“Our study suggests that cutting down on dairy fat or avoiding dairy altogether might not be the best choice for heart health,” she said.

“It is important to remember that although dairy foods can be rich in saturated fat, they are also rich in many other nutrients and can be a part of a healthy diet.”

However, butter and cream are best eaten in small doses – as a treat more than a staple.

And as Dr Trieu advises: “Fats like those found in seafood, nuts and non-tropical vegetable oils can have greater health benefits than dairy fats.”

Eating more dairy fat protects the heart. But butter is still on the black list