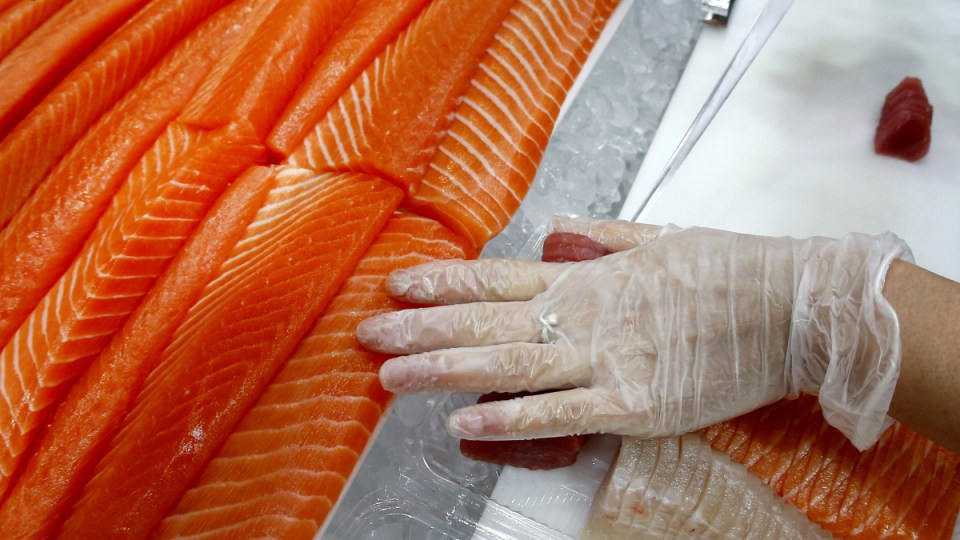 The island’s $1 billion aquaculture industry has faced increased pressure since the release of Richard Flanagan’s book Toxic, which paints a bleak picture of its environmental impact.

The state Liberal government on Thursday announced it will develop a 10-year plan, to be implemented from 2023 in consultation with salmon farmers and the community.

It includes no net increase in leased fish farm areas in Tasmanian waters, plus an immediate one-year moratorium on new leases and exploration permits.

New farms could still be created in waters off Stanley and King Island in the north-west under current exploration agreements.

“This is a reset for the industry and I’m very pleased with the feedback I’ve received from the salmon companies themselves,” Premier Peter Gutwein told reporters.

“Importantly, what this will do is ensure we can put the industry on a sustainable footing not just for the next 10 years but for the longer term.”

A spokeswoman however flagged “robust consultation with government and its department on their plan”.

The government says it will “develop new research and innovation programs to support salmon farming further off shore in deep waters, including Commonwealth waters” as well as on land.

It will also review fees and charges to “ensure full cost recovery and an appropriate return to the Tasmanian community”.

A new position, director of fin fish compliance, will be created to better enforce compliance.

The Tasmanian Chamber of Commerce and Industry says the government has failed to consult with industry and the cap will inevitably lead to job losses.

“I look forward to the government providing more detail about this policy change.”

Tassal says the industry doesn’t need more hectares in Tasmanian waters and the business is committed to working within the current salmon footprint.

Huon Aquaculture has previously stated it has no plans to expand beyond current approved lease sites.

The Greens believe the plan is a “clear admission” the government is worried about widespread backlash against the industry and wants to save political face.

Peter George from the Tasmanian Alliance for Marine Protection says it simply gives the green light for industry to continue as usual.

Several restaurants have pulled Tasmanian salmon from their menus in recent months, while anti-fish farm billboards have been erected in Victoria.

The salmon industry in Tasmania has a chequered past, particularly at Macquarie Harbour where farms have experienced mass disease and fish deaths, and resulted in environmental degradation.

Integrity bill earmarked for next month

No end to NSW train strikes as talks go on

NT teachers to strike over wages

NZ rescuers scramble to save dolphins