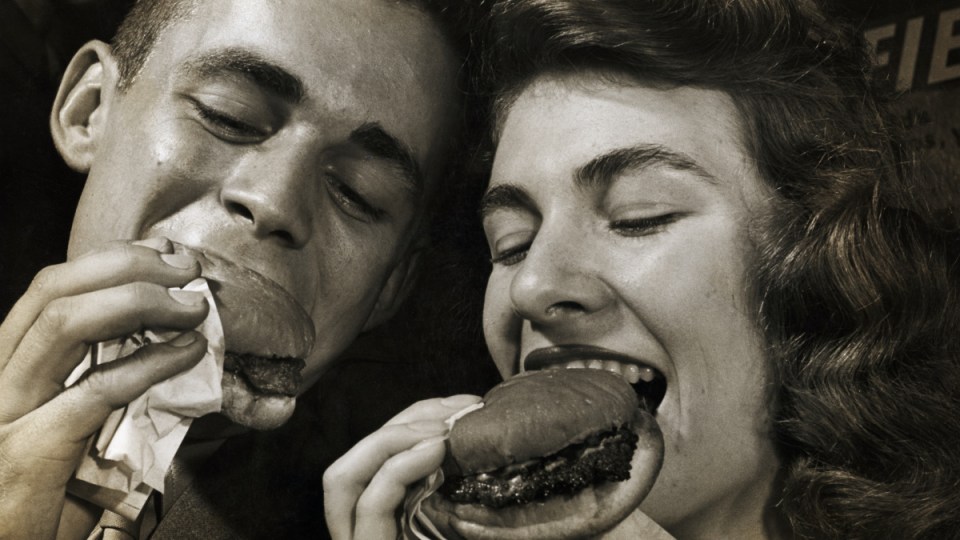 Mock meat is more popular than ever before. So we got hungry and tested a handful of offerings. Photo: Getty

Fake meat has never been so convincing, or so popular.

The it’s-not-meat-but-boy-it-tastes-like-it industry is booming, to the point where it’s expected to be worth more than $6 billion by the end of the next decade.

Every week there’s a new burger on the barbie, promising to deliver all the flavour of a meat product, just without the dead animal part.

It’s not without backlash – the amount of processing that goes into turning something into the complete opposite of its natural state requires some pretty heavy handed pours of sodium and other additives.

In the lead-up to World Vegan Day on Sunday, The New Daily decided to road test a handful of these not-meat burgers, just to see how close they fell to the real thing.

This is how we did it: we grabbed three beef-style burgers from the local supermarket that may or may not start with ‘C’ and end in ‘oles’.  We made sure we grabbed burgers that claimed to taste like the very thing their vast majority of consumers were trying to avoid.

We cooked them (mostly) according to the instructions, and then six of us sat down to dine: three people with no-holds-barred diets, two flexitarians (they’ll eat meat if it’s given to them but don’t buy or cook it for themselves) and one pescatarian.

This is what happened

Our first impression was the amount of packaging that surrounded the burgers. One of the reasons some vegetarians or vegans choose to live the way they do is because of the environmental impact of animal farming. So when you’re ripping through three layers of plastic to get to your no-dead-cows burger, it’s a bit of an oxymoron.

It’s also worth mentioning the price: we bought five products, to feed six people, and it totalled about $35. And that was without indulging in the $12 Beyond Beef burgers. A little on the expensive side, we thought.

But let’s tuck into the nitty gritty.

The first cab off the rank. Despite its thick, dry texture and crispy exterior, the Eaty burger proved a crowd favourite.

The retired meat eaters at the table rejoiced at its likeness to the humble cocktail frank, a flavour that was only enhanced with a dose of tomato sauce.

However, the biggest gripe with this one was the texture.

“The texture gets me, they’re fine but then they tear apart slightly and they do it in a weird way,” from an eat-all-the-things taster.

Nothing screams fake meat like the smell of artificial smoke.

“This one stinks,” was the initial reaction.

But, as they underwent some sort of cooking/heating process, expectations grew as the scent softened. (Chef’s note: they stuck badly during the cooking process, no matter how much oil you used.)

However, what followed was the biggest betrayal since Anakin donned Vader’s cape.

While not nearly as dry as its rivals, the flavour was unmistakably one of reconstituted vegetable matter.

In both colour and texture, they resembled a packet of Maccas chips consumed at 4am by an optimistic reveller hoping (wrongly) that food might cure their nausea.

These are the vegan equivalent of the cardboard hamburgers that kids are always served at family barbecues.

In a plot twist to rival even the most ambitious of M. Night Shyamalan’s films, these patties tasted exactly as they appeared.

Clearly the manufacturers were aware that the combination of paper-product taste and moist powder texture wasn’t a winner, and decided to empty half of a herb garden into each. Chinese five spice is another likely culprit.

To give them some props, they did smell better than they tasted.

But despite all our condiment efforts, we couldn’t get past these bad boys.

Holy mother of not-meat. All six of the official TND taste team agreed this was the best product, mostly because it tasted like chicken nuggets. And who doesn’t love chicken nuggets?

Even the most discerning carnivore would be hard pressed to tell the difference between this delicious processed vegetable matter, and processed chicken off-cuts.

The winner of the evening.

Veggie Delights didn’t fail as hard in the poultry department as it did with the burgers.

But still, up against the stiff competition of the stalwart Quorn offering, they came off a definite second best.

At best, they were a warm Vita-Bix.

At worst, they were a warm Vita-Bix.

Meat-free burgers: TND takes a big bite. This is the result