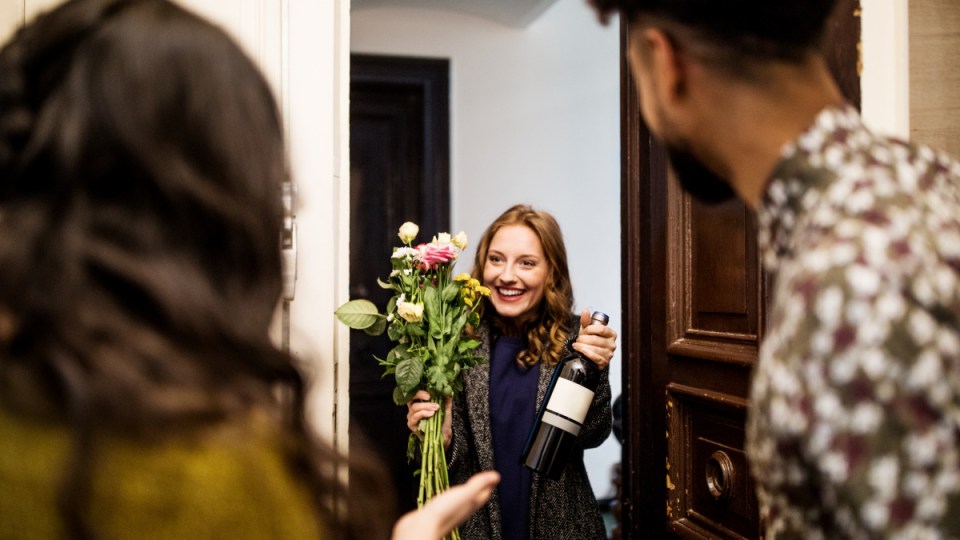 Just how much booze are we drinking. The loose estimation on the wine bottle. Photo: Getty

When you’re in a rush trying to find a bottle of wine for that last-minute Christmas gift, the labels seem to contain an awful lot of information.

There are many descriptive words such as “hints of vanilla” and “bursting fruits”, but when it gets down to the nitty gritty of how much alcohol is in the bottle, those numbers may not be telling the true story.

The alcohol-by-volume statement, providing a percentage of alcohol content for the standard 750-millilitre bottle allows winemakers to give a close, but not 100 per cent, accurate guide.

By contrast, beer, cider or perry must be accurate to within 0.3 per cent alcohol by volume.

Michael Thorn, the chief executive of the Foundation of Alcohol Research and Education, an Australian lobby group working to “stop harm caused by alcohol”, told The New Daily, the “leeway” was further proof the wine industry failed to act in the public interest.

“Consumers have the right to know precisely what they are consuming, and mandatory information about alcohol by volume should be accurate and compliance-enforced,” Mr Thorn said.

He took aim at state and federal governments’ lax attitude about compliance on alcohol labelling, pointing to the recent decision for a mandatory pregnancy warning label after sluggish adherence to a voluntary scheme that spanned seven years.

“The alcohol industry has gone to great lengths to get away with providing limited and vague consumer information on its products, even when it concerns protecting the health of unborn babies,” Mr Thorn said.

Why does the leeway exist?

While there is technology available capable of finding the almost exact alcohol content of any sample, wine law explicitly allows wineries to understate or overstate the amount of alcohol.

The “leeway” cited under Food Standards Australia and New Zealand law was developed around 20 years ago, and similar regulation exists around the world.

The US has the same 1.5 per cent discrepancy while European laws are slightly stricter with a variance of 0.5 per cent.

Research and development body, Wine Australia explained the variance made it possible for winemakers to use the same label while accounting for seasonal variation – as well as some uncertainty in all laboratory testing.

“Wines have vintages, and depending on whether it’s a hotter or colder year, there will be more or less sugar than the year before,” Wine Australia general counsel Rachel Triggs told The New Daily.

She assured consumers they could be confident what they’re drinking was “close” to what they were consuming and would not be “inadvertently consuming more than they thought”.

“If someone is having a casual drink and there’s that little bit of variation of what the alcohol [content] is, there’s almost no significant impact.”

The fluid alcohol content labelling system could be boiled down to cost, rather than consumer considerations.

Near Infrared Spectroscopy (NIR) that injects a sample of the wine into a testing device gives an exact alcohol content reading within 0.2 per cent to 0.3 per cent within 20 to 30 seconds, but has a price tag of around $30,000.

Meanwhile, traditional distillation developed at the turn of the last century using a hydrometer is relatively cheap, with a set up of about $1000.

“The industry is always concerned about having the most accurate numbers, but there’s a trade off between cost and accuracy, Australian Wine Research group manager and analytical chemist Eric Wilkes told The New Daily.

What are you drinking? Wine labelling is not as accurate as you might think