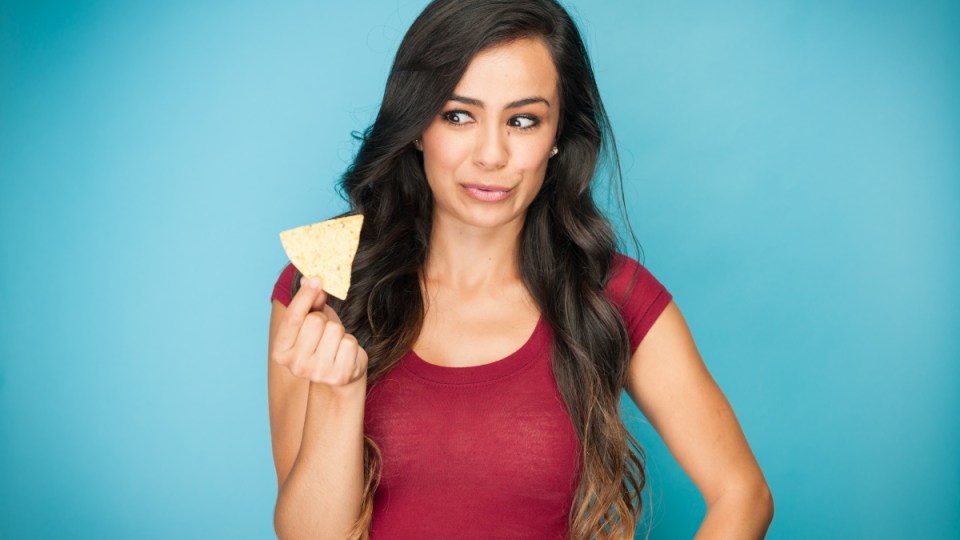 Doritos has been forced to deny it will release a ‘female-friendly’ version of its corn chips after comments by its group CEO sparked a global backlash.

“When you eat out of a flex bag — one of our single-serve bags — especially as you watch a lot of the young guys eat the chips, they love their Doritos, and they lick their fingers with great glee. And when they reach the bottom of the bag they pour the little broken pieces into their mouth, because they don’t want to lose that taste of the flavour, and the broken chips in the bottom,” Ms Nooyi said.

When asked if her company was working on a female-friendly version of Doritos, the CEO appeared to say yes.

“It’s not a male and female as much as, ‘Are there snacks for women that can be designed and packaged differently?’ And yes, we are looking at it, and we’re getting ready to launch a bunch of them soon,” she replied.

“For women, low-crunch, the full taste profile, not have so much of the flavour stick on the fingers, and how can you put it in a purse? Because women love to carry a snack in their purse.”

These comments were interpreted as an official announcement, sparking accusations of sexism and tone deafness from women in many countries.

women: give us equal pay, stop harassing us, stop literally threatening our lives
brands: how about quiet doritos for women?
women: no, that's–
brands: snacks you can fit into your purse!
women: what? no–
brands: a pen that's comfy for your lady hands!

Thank god because my fragile, feminine, woman jaw just about breaks every time I have a normal dorito. By the time I finish a bag, I’ve already been to the hospital 17 times for a shattered lady mandible! It hurts my girlish dainty hands to type this out, but thank you Doritos! https://t.co/sJJ2HsCWYJ

Women asked for: No GST on sanitary products, and affordable contraception.
Women got: Crunchless Doritos.

As we mark the 100 year anniversary of women winning the right to vote, Doritos say they’re creating lady-friendly crisps for women who don’t like to crunch too loudly in public.

Good news, ladies. We got a female Colonel Sanders and Doritos that don’t crunch, so feminism is cancelled. We’ve achieved equality.

The backlash forced PepsiCo to respond, denying any such product would be released.

“The reporting on a specific Doritos product for female consumers is inaccurate,” a spokeswoman said.

“We already have Doritos for women – they’re called Doritos, and they’re enjoyed by millions of people every day. At the same time, we know needs and preferences continue to evolve and we’re always looking for new ways to engage and delight our consumers.”

The short-lived furore mimicked many of the sexist advertising scandals of recent years.

Last year, Co-Op supermarket in the UK invited parents to reward their daughters for “doing the washing up”. It was deemed sexist and the company apologised by saying: “We are proud of our organisation’s equality and diversity, we are sorry.” 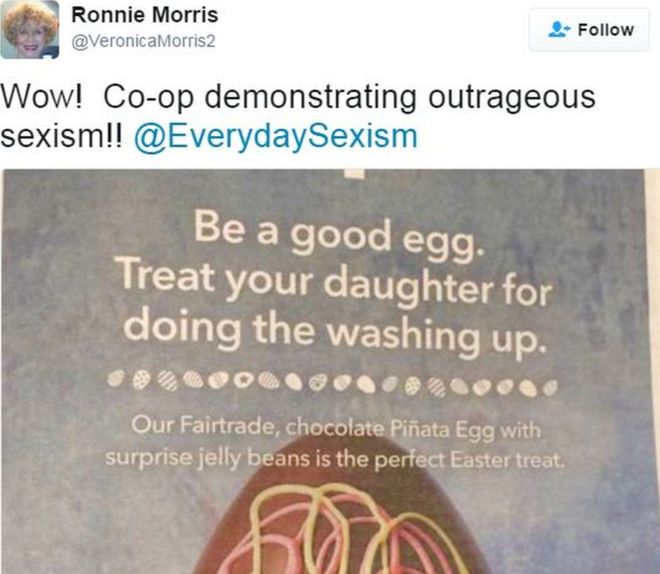 Similarly, US department store Bloomingdale’s was heavily criticised in 2015 for a catalogue advert that appeared to encourage men to spike the drinks of women. At the time it was accused of promoting ‘date rape’. The company apologised.

And back in 2013, the Indian branch of the Ford motor company apologised for a proposed advert that depicted three women tied up in the boot of a Ford Figo driven by controversial then-Italian prime minister Silvio Berlusconi.

“Leave your worries behind with Figo’s extra-large boot,” the slogan read.

The company apologised. It said the ad had been leaked by an advertising agency hired by Ford and had never been used publicly. 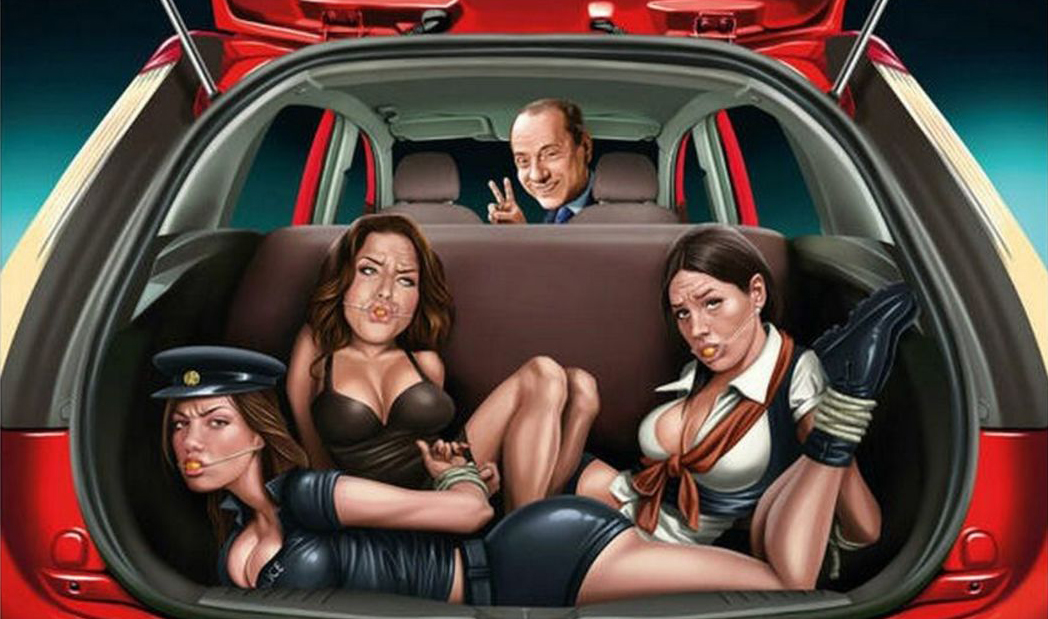