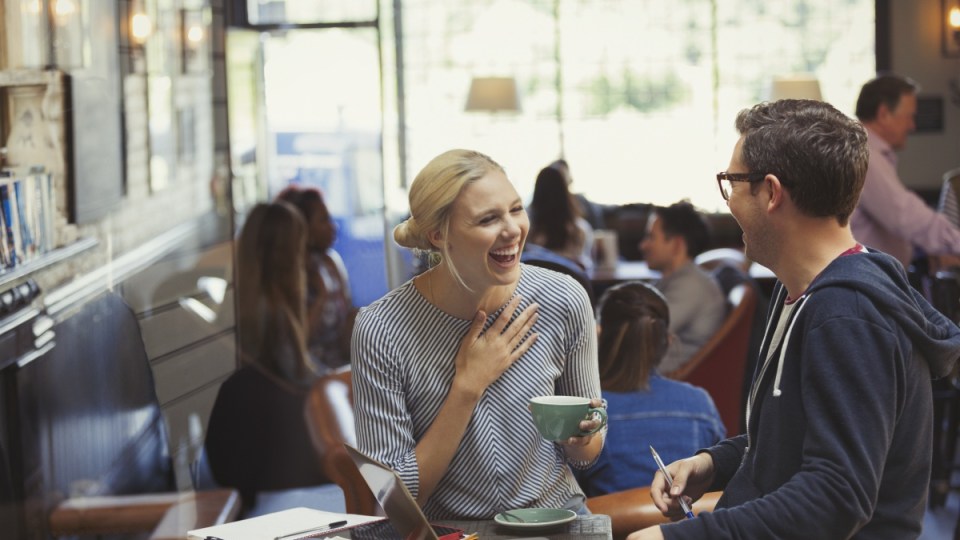 Regardless of what job you do, where your office is or what your work day looks like, there is one thing that connects nearly all workday (or night) routines: the coffee break.

The Smithsonian Magazine posits that “as long as we’ve been working, we’ve been taking breaks to socialise and refuel”, but the coffee break came during the mid-20th Century when most jobs were unionised and the “coffee break” was sanctioned as a required part of the eight-hour work day.

In Australia, of course, the coffee break that’s enshrined into our regular working day has combined with our cultural obsession with coffee.

So we’re addicted to the bean, and we’re practically sanctioned to drink it at work during our mandated break times… but what if you don’t actually like coffee?

Lauren, a 28-year-old law graduate working in Melbourne CBD, is a non-coffee drinker. And although there are plenty of alternate options from which she can choose if she takes a trip down to the closest coffee shop, she thinks it does affect her social standing in the office.

“I miss out on quite a bit, I think,” Lauren says, “because everyone knows I don’t drink coffee. I don’t get asked for the morning coffee run. And if someone’s going in the afternoon to get drinks for the partners, they don’t ask me, and I miss out then too.”

Lauren feels somewhat isolated by her distaste for coffee, particularly in her fast-paced law workplace, where caffeine dependence is pretty much a prerequisite for survival. The glass-clad corridors of a law building are not dissimilar to the busy emergency department where Hari, a 33-year-old resident and self-confessed caffeine addict, works.

“It’s hard to be a doctor and to not like coffee,” Hari admits, “because we work such different schedules to the average person. It’s not just the 9 to 5, we work early mornings and through the night. Time with a coffee can help to give you a boost, or to provide you with a little break if you need it.

“Plus, you know, pausing for a quick coffee was how I got to know the other people on staff when I first started here. Without that I think I might have been kind of lonely to begin with!”

As Forbes Magazine suggests, where most mid-century offices might use boozy lunches to elicit some social bonding, now caffeine is the workplace’s number-one form of social lubrication.

In fact, there is psychological proof that, as Alex Pentland puts it in his productivity study, “fewer memos, more coffee breaks” increases productivity via socialisation and collaboration among staff members.

“We are all social animals, and our connection with others at a local level – our tribe – is vitally important,” says Pentland. “With increased cohesion likely comes an increase in things such as shared tacit knowledge, shared attitudes and work habits, and social support.”

So, the next time you’re thinking of easing up on the Java, just remember how it can help boost your performance in the office.

Can not drinking coffee affect your career? You’d be surprised