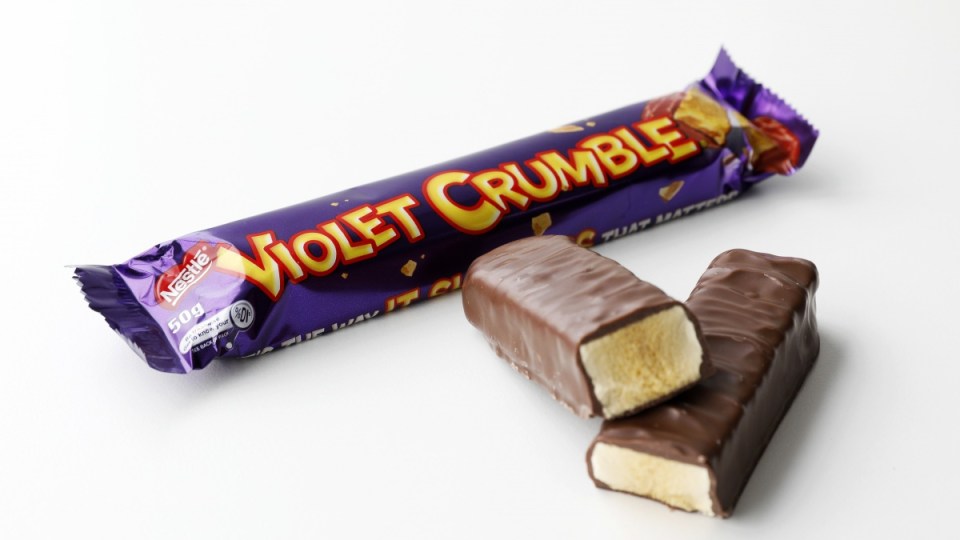 The iconic Violet Crumble chocolate bar is back in Australian hands after an Adelaide business inked a deal with food giant Nestle to acquire the brand.

Robern Menz chief executive Phil Sims said the company would take control of equipment and intellectual property used to produce Violet Crumble over the next few months, with manufacturing to move from the Nestle factory in Campbellfield in Melbourne to Glynde in Adelaide’s east.

“We have to get across to Melbourne and pull the production line out and bring it across,” he told reporters at his Adelaide factory on Thursday.

“That is a three-month, very active project and so we will be up manufacturing by September.”

Robern Menz already manufactures a range of chocolate-coated honeycomb, but Mr Sims assured consumers there would be no change to the popular Violet Crumble recipe.

“As the new gatekeeper of Violet Crumble, we are aware of the responsibility that comes along with owning a brand so highly regarded in the Australian marketplace,” he said.

The purchase price has not been disclosed but the company was aided by a $750,000 state government Future Jobs Fund grant and a $900,000 loan from the Investment Attraction Agency.

“Like many South Australians, I love Violet Crumbles, and it’s great we can now all enjoy these chocolate bars knowing we’re also supporting South Australian jobs,” he said.

“Robern Menz is a household name in South Australia, and it’s great that this local business has ambitions to grow their operations and create more local jobs in food processing.”

Robern Menz said it would look to re-introduce the Violet Crumble in a “variety of nostalgic formats loved by generations”.

The chocolate bars have been manufactured since 1913, and were made in SA under previous manufacturer Rowntree Hoadley until 1985.

“Violet Crumble is one that hasn’t had a lot of attention over a long period of time.”

At the time of the Vegemite deal, Bega chairman Barry Irvin also recognised the importance of returning the brand to local ownership.

“Vegemite is an iconic Australian brand. It is recognised as Australia’s favourite breakfast food.”

Violet Crumble back in Australian hands