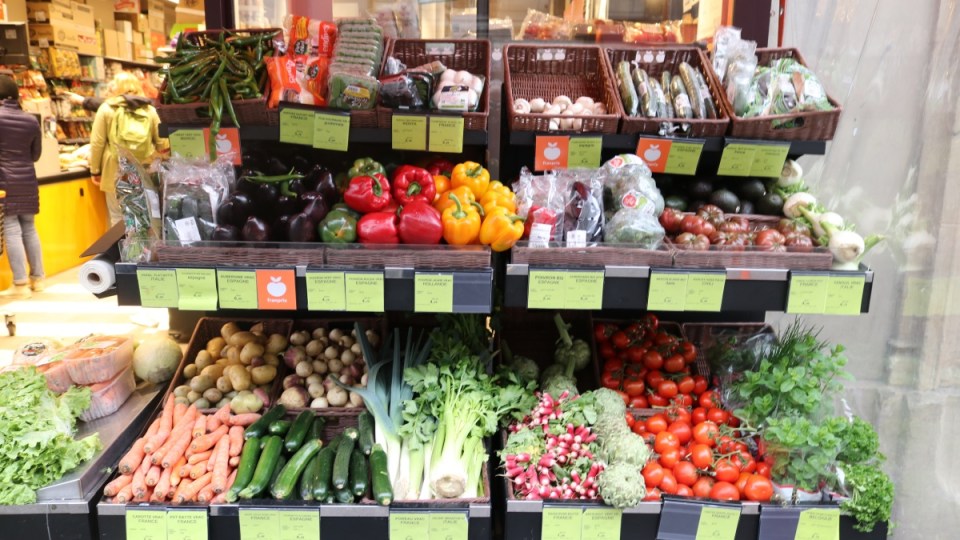 It can be hard to be a full on vegetarian, so why not just try to eat less meat? Photo: Getty
analysis

What do you call yourself when you sit down to dinner?

Having a name for how and what you eat is the new and tastiest chapter in identity politics.

Heard of the climatarians – giving up beef and lamb for the sake of the planet?

They’re essentially aspiring vegetarians who now and then fall on their steak knives and put on a barbecue.

The latest, or perhaps the most high-profile, is the reducetarian.

Founded by a US millennial Brian Kateman, president and co-founder of the Reducetarian Foundation, editor of a book The Reducetarian Solution, and leader of a “global movement” that has been endorsed by New Age spruiker Deeprak Chopra and ruthless atheist scientist Richard Dawkins – two names you’d not naturally see linked.

The idea, however, is not so revolutionary: by reducing meat intake, you can improve your health and that of the planet.

The World Health Organisation has been pushing the former point for years; while ecologists have long sounded like Old Testament prophets in describing the problems with meat production (massive drain on water resources, ruination of soil and unsustainability in terms of feeding people).

So why do we need Brian Kateman to rebadge old news as a movement?

In response to emailed questions, Mr Kateman, an advocate for shorter showers in his college years, tried vegetarianism, but kept falling off the wagon – as many of us do.

After too many shaming moments, caving in at the offer of a Thanksgiving drumstick, he decided to give people like himself a new name, that essentially proofs his good intentions against failure.

How goes reducetarians as a global movement?

His book sits at 143,940 on the Amazon rankings, although in an email he claimed to have sold thousands. The Reducetarian Facebook page has about 28,000 followers.

Mr Kateman told The New Daily the campaign had been “translated into a dozen languages in popular media, hundreds of reporters (like you) have covered our story in print, radio, television, and … we average 400,000 unique visitors to our website per year and each year our traffic grows, our summit attracted over 450 attendees”.

He says that the reducetarian label allows people to feel they belong to something, and thereby be further motivated.

Paul Harrison is a senior lecturer in marketing and consumer behaviour at Deakin Business School. His research at how people will identify with different things in different contexts.

Dr Harrison agrees that the reducetarian label serves as a licence to operate in the world in a pragmatic way, and withstand a prevailing human demand for absolutes.

“Humans are incredibly contradictory,” he says.

“We want absolute answers to most things and … people perceive that if you adapt and modify your behaviour to suit the context, you’re weak. The fact is, we can have certain principles in theory but we have to operate in a practical world.

“The label reducetarian says there is flexibility around this lifestyle I’ve chosen.”

And Kateman’s not too far out of whack with science. While widespread farming practises are horrendously destructive, scientists are saying we don’t need to go completely meat-free to save the planet and ourselves.

Euan Ritchie is an ecologist with Deakin University. He says Australians would do well to move toward eating more kangaroo, an animal that has evolved on the Australian landscape, which isn’t suited to farming beef and lamb – and in fact suffers for it.

“But the argument that we should all go vegan (no animal products) isn’t helpful,” Dr Ritchie says. “We should eat less meat and better types of meat … including insects as a source of protein.”

Associate Professor Lynn Riddell from the Institute for Physical Activity and Nutrition at Deakin University has been a vegetarian for 35 years.

She says you can “have a healthy, well-balanced with or without meat”.

Going vegetarian requires planning to ensure you’re getting all the nutrition you need – notably B12, iron and zinc.

“It gets harder the more foods you restrict in your diet.”

Professor Riddell notes that the people who “actually have the greatest risk of nutrient deficiency are those who occasionally eat meat. Because they don’t plan it properly”.

For those who can’t go full vegetarian – meet the Reducetarians