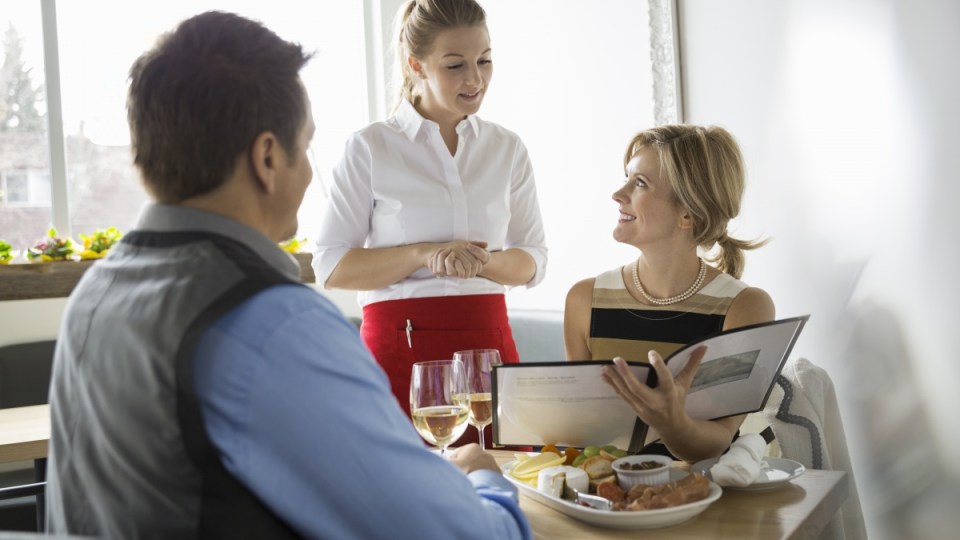 Most chefs and waiters are happy to accommodate you, but everyone has a breaking point. Photo: Getty

As Coeliac Awareness Week comes to a close it’s a perfect time to ask chefs, caterers and restaurant reviewers what they really think about dietary requirements.

I ask Neil Rocke, Group Executive Chef for Peter Rowland Catering, which manages some of the most exclusive venues in Melbourne, if he designs menus to cater for Coeliacs and those on restricted diets.

“I’ve not only got Coeliacs, vegetarians and pescatarians, but I’ve got no beef, no shellfish; allergic to cow’s milk; allergic to crustaceans; gluten-free and no red meat; allergic to mushrooms, no diary or gluten; lactose intolerant; no fish or seafood; no seafood or pork; no garlic, no spicy food no diary; no prawns, kiwi fruit or chocolate; no salmon, no seafood, avocado, berries, bananas or seeds; no seafood or spicy foods; fish or vegetarian option no gluten; no carbs, fruit for dessert; wheat-free vegetarian, no fish.”

Shaun Presland, Japanese Culinary Specialist, who has opened restaurants in Sydney, Brisbane and Melbourne, also says that Coeliacs and all dietaries are always considered.

“We bend over backwards to cater for people with dietary requirements because they are paying the bills,” he says, but recalls a recent frustrating experience.

“We did an amazing rendition of a dish to accommodate a guest’s string of requests and then she leans over to her partner and starts munching on his dish – just to see how different it was! There are a lot of try-hard Coeliacs who give a bad name to genuine sufferers.”

Samantha Gowing, former restaurateur and now clinical nutritionist and Chef in Residence at The Kitchens in Robina, on the Gold Coast, says dietary choices have affected the hospitality industry enormously.

“Twenty years ago we only had to cater anaphylaxis and kosher requests,” she says.

“The rise of low-carb eating is a good thing however evangelistic patrons oozing with orthorexic nervosa need to find greater happiness in life rather than analysing every swig of their golden turmeric latte and the provenance of activated almonds.

“I usually sort the situation out by asking the customer about their villi. If they look blankly then I know they’re not Coeliac.”

I usually sort the situation out by asking the customer about their villi. If they look blankly then I know they’re not Coeliac.

John Lethlean, food and restaurant critic for The Australian says that it is the grey area of preference, as opposed to medical requirement that is the problem.

“Anecdotally, I hear of a lot of hypocrisy when it comes to preferences: can’t eat bread but am fine with battered fish, that kind of thing. My wife is allergic to coconut. Her refusal to eat pork is a preference, not a dietary requirement. Difference.”

Pat Nourse, Gourmet Traveller’s restaurant critic, says cafes and restaurants don’t have an obligation to cater for those on restricted diets but adds it makes good business sense.

Indeed, Mel Purcell, Head Chef at MOM in Melbourne, saw a gap in the market.

“We made a decision early in the planning stages to be a 100 per cent gluten free café and the response has been fantastic.”

How the food industry really feels about dietary requirements