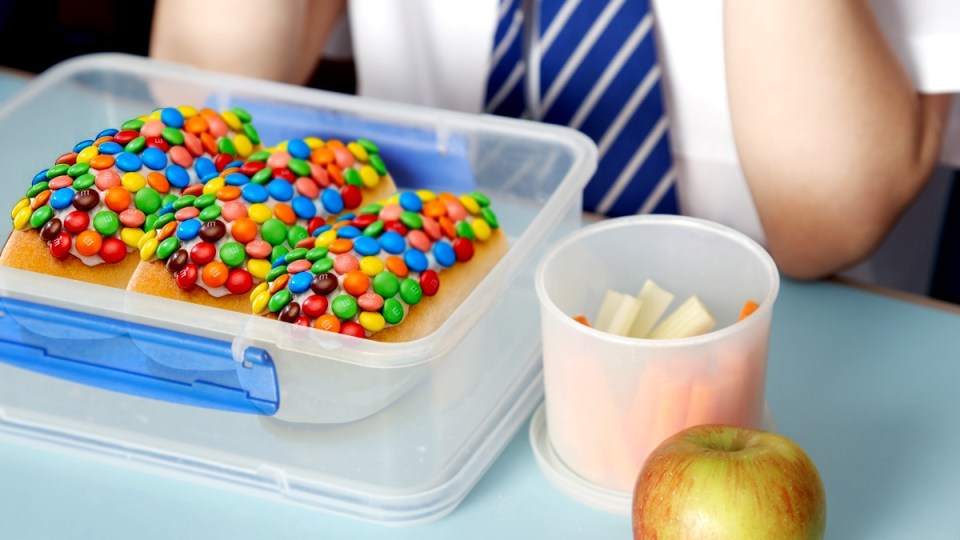 Would you buy these finger buns for your child's lunch box?

The controversial Baker’s Delight M&M-coated finger buns, promoted as a back-to-school lunch box snack, has parents divided after an ad for the product was banned by the advertising watchdog.

Some parents have described the bun, which has a similar sugar content to a cinnamon donut, as a “monstrosity” while others maintain the complaints were “over the top”.

One of two complaints lodged to the Advertising Standards Board said the ad was “appalling”.

“Lunch and healthy food choices is challenging enough for most families and to have this as an acceptable choice is unfathomable,” the complaint read.

“At a time when Australia is facing an obesity crisis, it seems incredibly irresponsible and unethical to market such products to children and their carers.” 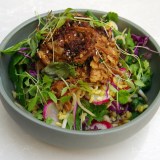 “I am not even much of health-freak. My kids are allowed the occasional treat and I don’t stress out too much,” she said.

“A finger bun is already a treat but how this monstrosity can be used for anything other than the most special occasion, I don’t know. Kids would get told off just for having one M&M at our school.”

But South Australian mother of three, Nicole Jared, told The New Daily that the buns were a great size for kids going to school.

“I bought two packets to take home. As soon as I got home my kids’ eyes lit up with excitement. We opened the packet and started to devour the contents,” she said.

“They were loaded with lots of mini M&Ms on top and the bun was so fresh that there was no need to put any butter on them. It wasn’t just the kids that loved them, so did I.

“There sure isn’t any reason to complain about them. They are just the best.”

Mother of three Caroline Cotter agreed that giving her children one of the buns as an occasional treat should not be an issue.

“My kids have a sandwich, fruit, tuna and healthy things and a treat in their lunch box; whether it be a chocolate bar, donut or a mini finger bun,” Ms Cotter said.

“It’s only an issue if a child is constantly eating unhealthy choices. There is a saying I go by and that is, a little of something in moderation is fine.

“I think some of the comments were very over the top. Unless your child is obese or has medical problems then there should be no need to worry about a small snack that’s in the ‘sometimes’ category.”

Nutrition Plus dietitian Melanie McGrice told The New Daily the product was not an appropriate day-to-day lunch box snack.

“Each mini finger bun has 671 kilojoules. You certainly wouldn’t want to consume any more than one a day and it’s something you wouldn’t want a child consuming for consecutive days,” Ms McGrice said.

“Clearly it’s a treat food and contains quite a lot of sugar. They do have the potential to create an energy rise and drop in kids that can make it hard for them to focus on their studies when they go back to the classroom.

“There’s nothing wrong with treat foods, but one in four children are overweight or obese in this country and we need to be focused on healthy choices.”

Ms McGrice recommended that parents could instead pack their child’s lunch box with a mountain bread wrap, salad, a protein such as tuna or egg, a tub of yoghurt, a piece of fruit and carrot sticks.

Baker’s Delight provided a statement to the Board but failed to respond to The New Daily‘s requests for comment before deadline.

“Bakers Delight prides itself on its vast array of healthy products on offer, made fresh every day in each and every bakery throughout Australia and we are disappointed in ourselves for coming to the ASB’s attention with this campaign,” the statement read.

“It is not our intention to target children with any of these advertisements, alternatively our copy is specifically designed to be directed at parents… intended to target busy parents during the back to school rush period.”