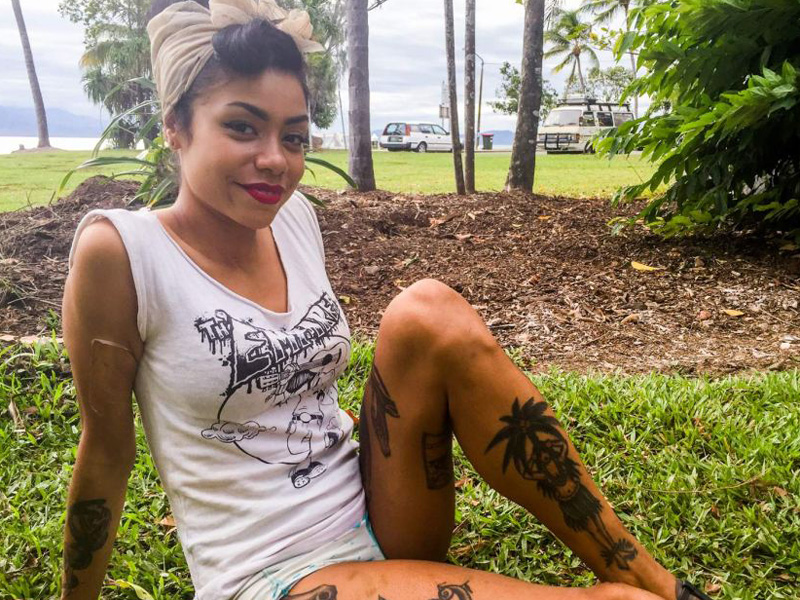 At 5-feet-3-inches tall, Heather Holliday is not your average sword swallower, but her diminutive stature is exactly what made her famous in the world of sideshow.

“Because most sword swallowers are big dudes, everyone wanted to see me do it because I’m a small girl,” Ms Holliday said.

While she now performs all manner of extraordinary feats in front of audiences around the world, Ms Holliday was raised as a Mormon.

Her foray into the world of sideshow performance came about through a fascination with New York’s long-standing amusement district, Coney Island.

“They didn’t do much to upkeep so it was a bit kitschy and seedy but it had this beautiful, nostalgic air to it,” she said.

On the premise of working in the attraction’s museum, Ms Holliday’s school allowed her to take an internship at the Coney Island Circus Sideshow.

Then, through either luck, misfortune or impeccable timing, a spot opened up on the performance roster.

“One of the performers quit so there was a cast shortage and they needed a girl on stage to do some magician assistant work,” Ms Holliday said.

“Now I’m all glamorous and everything but that first day, I was in black jeans and a hoodie-sweatshirt performing on stage.”

Working at Coney Island taught Ms Holliday everything she knows about sideshow and it was there that she first learned to swallow swords.

And despite the common misconception that it is an illusion or magic trick, sword swallowing is very real, and very difficult.

“Swallowing swords is one of the hardest skills to learn in sideshow,” Ms Holliday said.

No time for gags

“It’s a really interesting process of overcoming your gag reflex, but it’s just like anything else that you put your body through — you’re training your body to be okay with what you’re doing.

“The swords go straight down my oesophagus and into my stomach,” she said.

Because steel has a small amount of flex, Ms Holliday said it was actually easier to perform with that than with some of the other things she had experimented with in her shows.

“I also swallow a glass neon light bulb — a neon tube that would be in a sign,” she said.

“The second that goes in, I don’t even move at all, I’m really straight and still as opposed to [swallowing] steel.

“When I swallow steel, I’m so comfortable having it in my throat that I can actually lean against it and pose a little bit.

“But the second the glass goes in my throat I go ‘TADA! Okay I’m pulling it out now’.”

Ms Holliday is in Far North Queensland performing as part of the Port Douglas Carnivale celebrations.

Diminutive Heather is a sword-swallowing star