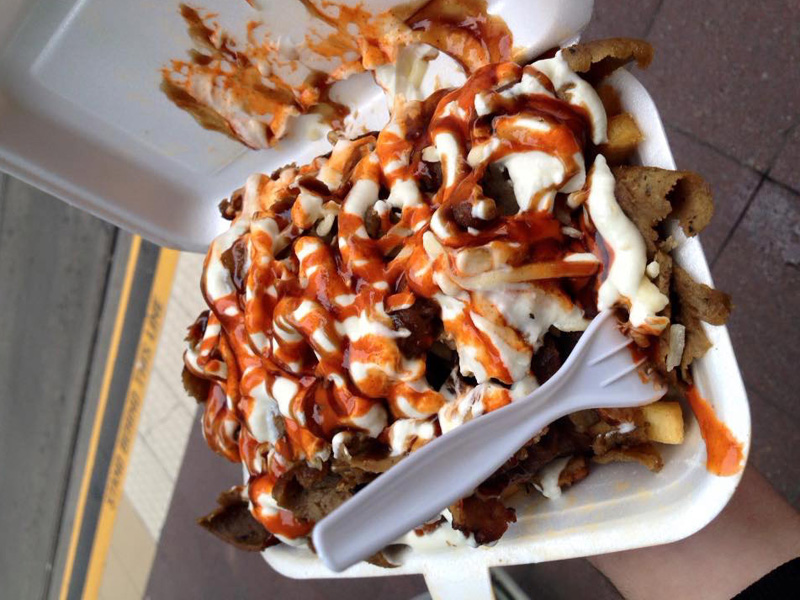 A 107,000 strong Facebook group of halal food lovers have transformed a greasy late night snack into a runaway cultural phenomenon.

The Halal Snack Pack Appreciation Society (HSPAS) began on Facebook in December 2015 and is growing at a rate of around 1000 members per day.

And its legion of Middle Eastern fast-food freaks from all over Australia agree on two things: the halal snack pack (HSP) is the undisputed king of fast food, and that there is no room in Australia for anti-halal bigots.

• The secret to the popularity of In-N-Out Burger
• Battle of the burgers: how does Carl’s Jr stack up?
• Here are the best cheeses in your supermarket

“Those bigotry pages have been around for ages and there hasn’t been much to counter it,” Mr Eagles said.

“I guess this [HSPAS] has done a good job of unintentionally doing that.”

HSPs have been an option in kebab shops around Australia for “decades”, Eagles said, but his Facebook group had seen them explode in popularity.

“Everyone just went for the kebab and then it seems like after the group a lot more customers and shops have started getting into it [HSPs],” he said.

“You can pretty much get a good one anywhere now, in any state, even though it first took off in Sydney.”

Eagles said he and his friends began the group after immensely enjoying the late-night snacks they were eating in Sydney, particularly one experience after a gig in Redfern at OzTurk Kebab Shop.

He said the service and the experience given by the “absolute character” making the food was just as memorable as the “halal snack mountain” style HSP they ate there.

That’s an important point to remember with the HSPAS – the experience is just as crucial as the HSP quality. Group users review on a handful of criteria.

A good HSP should have fresh crispy chips as base, followed by an even layer of cheese, hot meat and then a patterned layered trio of barbecue, garlic and chilli sauce.

(Click on the owl to read how HSPAS members review HSPs  ).

There are also some “banter” conventions that have developed in the group. The word “haram”, which is Arabic for “forbidden”, is used to describe bad experiences, while “halal” is obviously good.

Fans call the combination of chilli, garlic and barbecue sauces the “holy trinity” and the word “dingo” has been used to describe a person who does not follow HSP conventions.

For example, you are a “dingo” if you put tomato sauce on your HSP. This HSP would then be “haram”.

Although it sounds very Australian, the movement is catching on worldwide, with comments and reviews coming from as far afield as the United Kingdom and Austria.

The New Daily spoke to a staff member at Viva Kebabs in Melbourne who said business at his store had been booming as a result of HSP sales.

He said the item had become incredibly popular amongst younger clientele, in particular high school students.

Mr Eagles said the group acquired 600 members on its first day. He knew after that initial reception that the group would take off.

To enter the group you need to be invited by someone who is already in the HSPAS.

And if anyone doubted the impact the HSPAS has had on Australian culture and on the Middle Eastern and Muslim community, watch Labor Senator Sam Dastyari review a HSP in the Senate chamber in March:

HSP: the fast-food that started a revolution