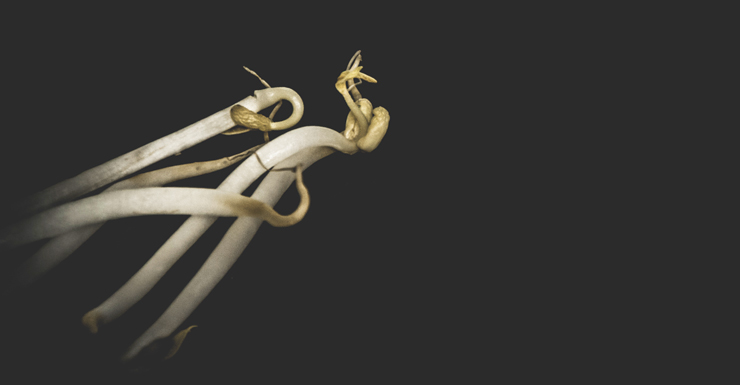 Raw bean sprouts are always a ‘higher risk’, an expert has warned consumers after a salmonella outbreak in South Australia.

More than 230 South Australians have contracted a particular strain of salmonella since December 2015, with 108 reported between April 11 and 21.

• Arnott’s slammed for ‘disgusting’ changes to Shapes
• How to make cheap wine taste better
• Insomnia is a bit like marijuana, study reveals

“Our investigations have indicated to us that it is likely that the consumption of raw bean sprouts is contributing to this increase,” SA Health chief public health officer Professor Paddy Phillips said in a statement.

Saintpaul is a specific strain, or stereotype, of the salmonella bacteria, which can cause fever, diarrhoea, loss of appetite, headache, stomach cramps, nausea and vomiting.

What SA residents should do

Because of the suspected cause, SA Health warned South Australians to avoid eating uncooked bean sprouts.

“As a result we are today advising South Australians to cook all bean sprouts and avoid eating raw bean sprouts,” Prof Phillips said.

“We also want to alert food retailers such as restaurants and cafes not to serve raw bean sprouts until further notice.

“We are working closely with the producers, suppliers and handlers of the sprouts and are continuing to investigate.”

The warning was restricted to residents of South Australia and, given the abnormal number of cases, would suggest something has gone awry in the manufacturing process.

A spokesperson for SA Health was unable to clarify to The New Daily if the warning should be generalised across the nation, but an independent expert had a dire warning.

A caution to the nation

A salmonella expert told The New Daily he never buys commercial sprout products because all carry “a higher than average risk” due to the nature of the growing process.

“Your problem is that during the sprouting process, you’re amplifying what might have been lowish levels of bacterial contamination that were present in your original seed,” University of Adelaide bacterial pathogenesis researcher Professor James Paton said.

This is because the sprouting process involves germinating seeds in a warm, moist environment, which encourages the growth of potentially harmful bacteria, the expert said.

“If the seed is contaminated with the bacteria, and that is normally what is the case, then the bacteria will proliferate along with your sprouts, so you’re giving a nice old incubation. Then, of course, you’re packaging it and keeping it in the fridge thereafter. The bacterial growth will probably then cease, but they’re still there and they’re still alive.”

Prof Paton said the solution to the risk of contamination in bean sprouts and other fresh produce is irradiation – a process that is proven to be safe and effective, but which is impossible because of consumer ignorance.

“The solution to this would be if you had food irradiation. That would solve the problem,” he said.

The process involves exposing produce to controlled amounts of ionising radiation that kills harmful bacteria and reduce spoilage in meat, poultry, vegetables and fruit. But it is often confused with harmful radiation.

“They [consumers] can’t distinguish between food which has been irradiated and food which is radioactive – somewhat different circumstances,” the professor laughed.

An outbreak of E. coli blamed on organic fenugreek sprouts killed 53 people and infected thousands in Europe, mostly in Germany, in 2011.

In Australia, there was a salmonella outbreak attributed to lettuce in Victoria in February 2016 that triggered product recalls by major supermarkets.