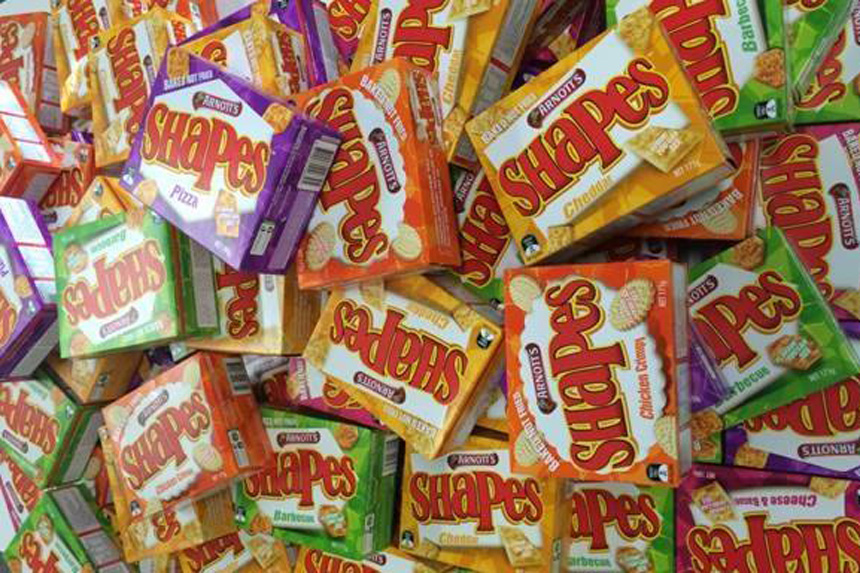 Irate customers have lashed out at biscuit manufacturer Arnott’s for changing the recipe and baking method used to make the iconic Australian snack food Shapes.

Hundreds of lovers of the crispy savoury staple criticised Arnott’s, claiming the manufacturer “ruined” the biscuits, which have been a hit since the 1950s.

Arnott’s Australia said in February it would introduce new and improved flavours in multi-packs and boxes. As part of these changes, Arnott’s made tweaks to the recipes of old favourites like pizza and barbecue. The company confirmed the changes

Unfortunately for Arnott’s, the modifications have fallen spectacularly flat, according to customers on social media.

“The ‘new and improved’ Shapes taste terrible,” Facebook user Rebecca Haynes wrote. “I am very disappointed that the product I have loved for over 20 years has been destroyed.”

Eva Thiele wrote that “the new flavours are a massive fail” while Ashley Jarvis said “barbecue Shapes taste nothing like they used to”.

Mikayla Power labelled the new Shapes as “disgusting” and said she would never buy them again.

Many complaints also came from parents, whose children noticed the changes to their school lunch treats.

“My kids won’t eat them now and that was a lunch box staple in our household.”

Wow the new @CampbellArnotts #Shapes are terrible. They don’t even taste like barbecue any more. They’re too sweet pic.twitter.com/6zgvoUfq21

Arnott’s replied to many of the complaints it received online.

“We’ve made changes to the Shapes flavours as fans have been asking us to make the flavour bigger and bolder,” one Arnott’s response wrote on Facebook.

“If you aren’t quite ready to say goodbye to the original BBQ flavour, it will still be available in boxes, alongside the new flavour.”

But many fans have maintained that even the original barbecue Shapes tastes different because of the new baking and seasoning method.

Arnott’s told News Corp of the method: “One of the main problems we had was getting the flavour to stick onto the biscuits – it was falling off on the biscuit line due to us removing some oil a few years back.

“We’ve solved this by employing new technology which involves baking the flavour right into the biscuit and applying it to both sides. We also found that making the seasoning sprinkles smaller meant they stuck to the biscuit better.”

Arnott’s wrote to a customer on Facebook that “for a while now, Shapes fans have been asking for a bigger flavour hit in our biscuits”.

“Unfortunately, this wasn’t as simple as just adding more flavour on top, which is why we have made this new recipe.”

However even the efforts to add more flavour seemed to be unnoticeable, according to some.

“New BBQ #shapes are terrible! While you’re at it @CampbellArnotts how about you put more seasoning on them. I want them drowned in the stuff,” Rob Laing Smith wrote on Twitter.

The company insisted that it would listen to feedback from its customers during the implementation of the new Shapes.