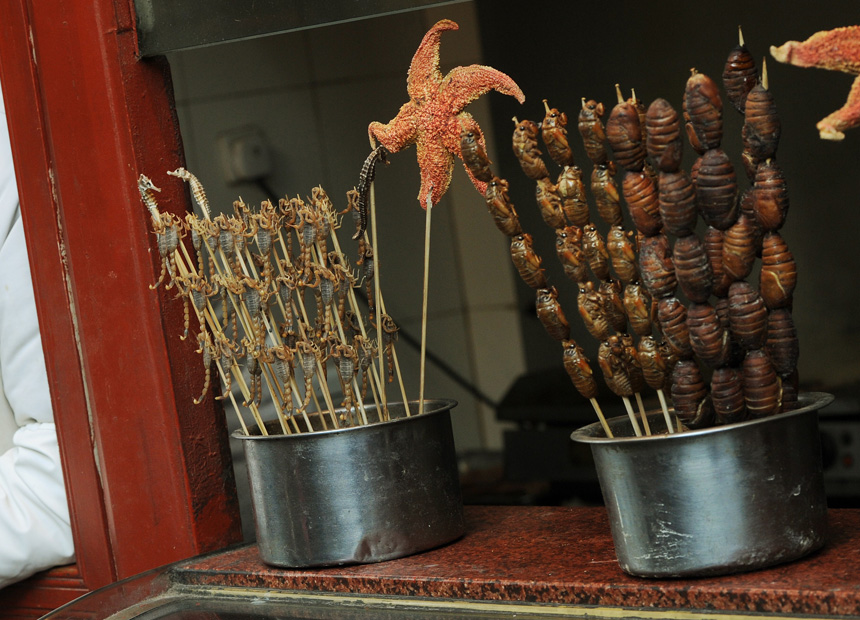 If you’re looking to make a healthy food change in anticipation of the summer season, you might want to consider bugs. That’s right, bugs.

According to a new study, some creepy crawlies are more nutritious than a piece of steak or chicken.

Results from the European Journal of Clinical Nutrition research found that crickets, honeybees, mealworms and mopane caterpillars in particular, are all nutritious options.

• Under or over: toilet roll feud settled forever
• The key to living longer is surprisingly easy
• Living with arthritis? Make sure you get active

Two ranking systems were used in the study to determine what was “nutritious”.

The first was the Ofcom model, which produces a 1-100 score from looking at the levels of energy, salt, saturated fat and sugars in a 100g sample of food.

The second ranking is known as the Nutrient Value Scores. NVS uses a similar method, but also takes into account the amount of vitamins and calcium values in the food.

According to the Ofcom model results, there isn’t too much of a difference between bug meat and traditional meat.

Only silkworm and cricket slightly beats beef, pork and chicken offal for nutrition.

However, it is a different story when nutrients are included in the NVS rankings.

Only pork and pork offal beat caterpillar and silkworm meat.

Most remarkably, beef and chicken are dwarfed by every single bug tested.

Eating bugs better for you than steak, study shows