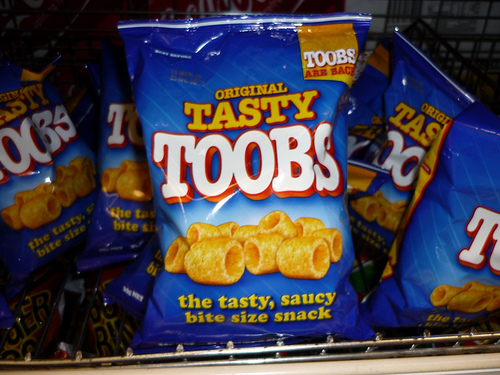 Shane Warne has helped thousands through his charity, but this time he’s taking on a very personal cause: Tasty Toobs.

The tubular tomato wheat and potato puffs reached the height of their popularity in the 1970s, but lately have experienced less than stellar sales.

Smiths has quietly ceased production of the nostalgic Australian snack, clearly a cherished favourite of Warne – who took 708 Test wickets in 145 matches for his country.

A prolific user of social media, Warne took to Instagram to plead the tangy snack’s case.

“This can’t be true, my son @jackson_warne18 & I are shattered, Smiths please contact me asap, as I have a plan…” he wrote.

One Toob-lover, Russell Hayter, wrote to Smiths to ask why Toobs had disappeared from supermarket shelves, only to be informed that poor consumer demand had forced the manufacturer to dump them. “I’ve been crying about no toobs for weeks!! I can’t believe they’re not making them so devastating,” wrote one commenter.

“U dont know what u got till its gone!” wrote another.

Warne also posted a call to arms in a video on his Facebook page.

“Every time I come back to Australia I go to the milk bar and pick up some Toobs,” he pleaded.

It is the latest in a spate of bad news for nostalgic snackers, with Allen’s taking spearmint leaves and green frogs off the shelves earlier this year.

But this one isn’t over – particularly if Warne and his 2.37 million Twitter followers have anything to do with it.

The hashtag #BringBackToobs has begun to circulate on Twitter – and Warne’s own #savetoobs is also gathering momentum.