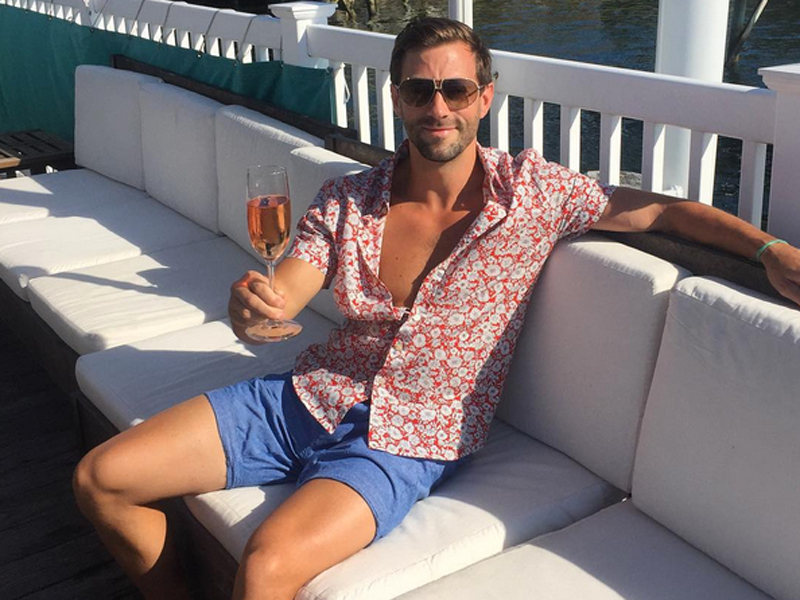 Luca Pagnut, 23, an Italian migrant to Australia, admits that his predilection for sweeter wines is somewhat unusual for a man. But he is happy to sip on fruity styles like Moscato. Because who cares.

“Sweet wines are pleasant to drink and appreciate,” the Sydneysider says.

“Each person should go on their own culinary journey and not feel that they are restricted to certain drinks due to their gender.”

• We tried making a Cronut. We failed. Dismally
• This nation’s whisky is taking over the world
• Is any meatball worth two hours of your life?

It seems the world of booze is not the neatly segregated place we might imagine, where men slurp beer, hard spirits and dark red wines bitter and bloody, while women sip things pink, bubbly and sweet.

In fact, it is becoming more popular, and perhaps more acceptable, for blokes to buy the ‘girly’ stuff.

“It is definitely becoming less of a stigma nowadays as more wines are produced to be gender-neutral,” Mr Pagnut says.

If the stereotypes are true, then consumption of styles favoured by women like Moscato and Rosé should be heavily skewed in their favour. But the data shows the opposite.

In just a year, something big seems to have happened to the gender ratio of Moscato drinkers, an industry analyst tells The New Daily.

Based on exclusive surveys, a “strong skew” to women has switched to an almost perfect balance between the genders. Men, especially young men, are drinking Moscato.

“Even just a year ago, there was a much stronger skew to Moscato than there is now with women. Now, it’s more balanced,” Wine Intelligence country manager for Australia and New Zealand Natasha Rastegar says.

“There is a stronger stereotype towards women, I would agree, in terms of Moscato, but that’s just really not coming through strongly in the data.

“Moscato does seem to be favoured by young wine drinkers, but there isn’t a strong gender skew.”

Consumption of Rosé has been “quite balanced” as well, Ms Rastegar says.

“Perhaps it has become a little more mainstream, a bit more accepted.”

‘We don’t care what you think’

Another industry expert confirms the trend, saying these wines are not only more popular with men, but unashamedly so.

“Yes, I have noticed a trend towards a lot more males drinking Rosés, particularly during the summer time when a heavier red wine is a little harder to drink on a hot day,” Grays Wine general manager Simon West says.

“I guess with a lot of our Mediterranean-style food choices we have these days too, men would rather drink a chilled Rosé.

One of Mr West’s male colleagues endures some good-natured mockery at work because of his sweeter tooth. But he carries on regardless.

“We’re giving him a bit of rib on that, but he’s not ashamed of it. That’s just what he likes.”

When is it acceptable?

For men, Mr West recommends a drier Rosé on a hot summer’s day.

“The ideal situation where I would see men drinking Rosé is the Australian lifestyle – sitting outside with a barbecue in the warm sun,” he says.

“You’ve got some beautiful Mediterranean seafood or even some cheeses and just casual, relaxed – a nice Sunday afternoon-type drink.

“It’s definitely a summer wine as far as I’m concerned.”

There’s no need to think of it as a less sophisticated taste, so long as you buy quality, Mr West says.

“You can still have complex and quite interesting Rosés.”

For Luca Pagnut, the key is to experiment.

“My philosophy around food and wine is that one should have fun, try different things with different meals.”