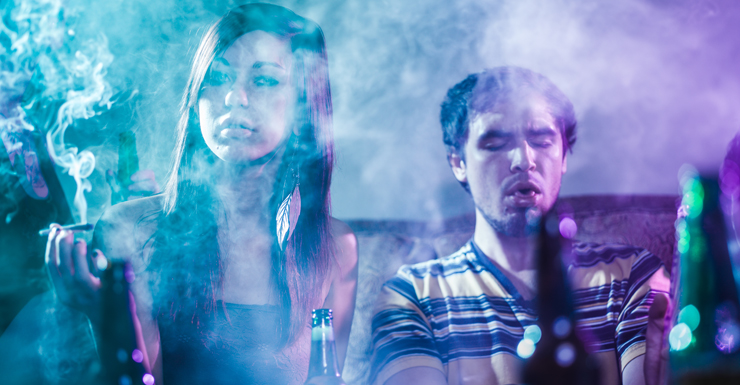 Australia’s ‘most dangerous’ drug can be cheaper than bottled water, deadlier than crystal meth and more socially destructive than cigarettes; it targets the young, the poor and the most addicted.

It is, in the opinion of at least three health experts, the cheap bottle or cask of plonk at your local grog shop.

There is “no doubt” that cheap wine is the most harmful drug, said People’s Alcohol Action Coalition (PAAC) spokesman Dr John Boffa, who has worked in Indigenous communities for almost three decades.

• This is what ‘electrolytes’ really are
• The science-approved trick to help you exercise
• It’s official. This is the best diet for losing weight
• Forget fat: these three food ingredients are far worse

“It is the single most harmful drug on the Australian market at present,” he told The New Daily.

“Ice pales into insignificance in comparison.” Low-quality wine’s cheapness is what prompts some young people to “pre-load” on it before parties and problem drinkers to “gravitate” to the price, Dr Boffa said.

“The cheaper it is, the more standard drinks you can have, the more drunk you’ll get, the more harm will be done.

“We’d have a much greater impact by removing cheaper alcohol, particularly cheap wine, from the market than from any other strategy on any other drug.”

This disparity is a result of lobbying from the wine industry during the Howard years, which resulted in wine being taxed by wholesale price, whereas beer and spirits are taxed by alcohol content.

A survey conducted last year by the Centre for Alcohol Policy Research (CAPR) found that young Victorian males and females who drank cask wine were more likely to be binge drinkers than those who chose beer, cider, spirits and alcopops. Cheapness was cited as a reason to buy cask wine by several of the respondents.

Leading alcohol expert Professor Mike Daube told The New Daily it could be argued “quite reasonably” that cheap wine is “the most dangerous drug being openly marketed”.

Bottle shops owned by big corporations, and their use of “grossly irresponsible” marketing practices, are to blame, he said.

“They’re appealing, essentially, to the lowest common denominator and they are profiteering from the most vulnerable,” Professor Daube said.

“Who is going to drink it? It’s not going to be your wine connoisseur. It’s going to be people who don’t care about the calibre; they just want to drink cheap alcohol. So it’s kids, it’s heavy drinkers, it’s vulnerable communities.”

In fact, cheap wine is only getting cheaper. Back in 2007-08, the average wholesale price per litre of wine was $4.83. By 2012-13, the price had only increased by two cents to $4.85, lagging behind inflation, The Australia Institute found.

How to fix the problem

The solution, according to the Foundation for Alcohol Research and Education (FARE), is simple – increase the tax.

“It’s just such an urgent priority fixing the way wine is taxed because we know it’s cost effective, it’s easy to do and it will reduce consumption levels, particularly amongst the heaviest drinkers,” FARE director Michael Thorn told The New Daily.

In 2002, a meta-analysis of scientific literature conducted in the US found “clear” and “impressive” evidence that alcohol price increases “significantly reduce alcohol consumption”.

“I’d have to say that the availability of cheap, bulk wine is our most problematic drug,” he said.

He based this claim, in part, on declining smoking rates, the fact that hard drugs like amphetamines remain a “niche” market and that alcohol often has “third-party harms”.

Increasing its price would save lives, reduce health harms and alleviate the burden on the justice and health systems, Mr Thorn said.

The industry hits back

“It’s a big claim to say that a product that’s legal, that provides levels of sociability and enjoyment for a vast majority of responsible drinkers is Australia’s number one worst drug.

“I think that’s a claim made without any regard to the benefits that wine provides to regional communities and consumers.”

Australian Liquor Stores Association CEO Terry Mott said the claims were baseless because there was no evidence that price correlates with problem drinking.

“While it’s great to beat the drum on this theoretical stuff, there are no facts to back it up,” Mr Mott said.

A spokesperson for ALDI noted that its alcohol range is comparatively small and that it does not sell chilled alcohol, which it believed discourages “impulse purchases”.

This is the ‘most dangerous’ drug on the market