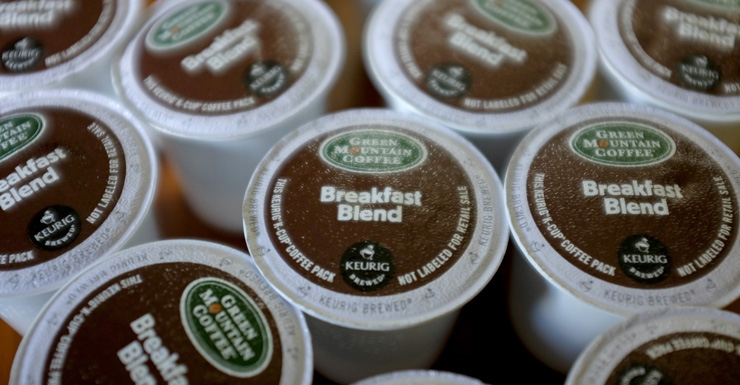 The humble coffee pod is quickly becoming one of the world’s great environmental scourges, and now one of its original inventors says he wishes he’d never created it.

Coffee pods, made from plastic and foil, do not degrade and cannot be recycled, clogging landfill sites instead.

• Drinking coffee may lower risk of MS
• Butter in coffee: is it healthy or just another scam?

In a candid interview with The Atlantic, American K-Cup inventor John Sylvan said he now refuses to use the cups himself.

“I don’t have one. They’re kind of expensive to use,” Mr Sylvan said.

“Plus it’s not like drip coffee is tough to make.

“It’s like a cigarette for coffee, a single-serve delivery mechanism for an addictive substance.”

Reflecting on the environmental impact of the millions of pods being tossed into landfill each year, Mr Sylvan said he regretted his invention.

“No matter what they say about recycling, those things will never be recyclable,” he said.

“The plastic is a specialised plastic made of four different layers.”

“I feel bad sometimes that I ever did it.”

“I gotta be honest with you… we’re not happy with where we are either,” Ms Oxender told The Atlantic.

A market for recyclable coffee pods is emerging, with brands like the Ethical Coffee Company patenting vegetable-based biodegradable capsules which can be thrown straight in the compost.

A satirical video called “Kill the K-Cup” was posted to YouTube in January, and aimed to show the impact of the world’s obsession with the capsules.

The hashtag #KillTheKCup began trending on social media, and a Change.org petition to make coffee pods recyclable was created.