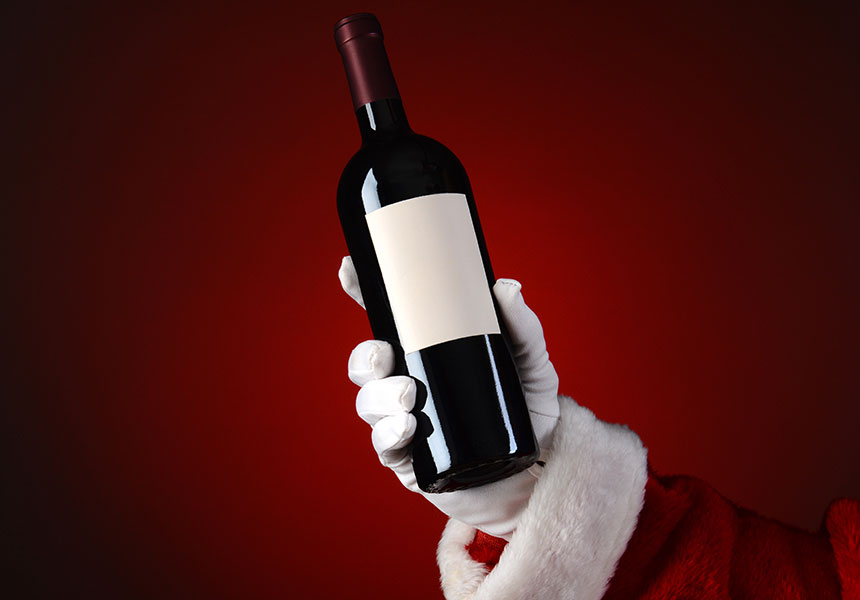 It’s Christmas, which means one thing – it’s time to open a bottle or two. This year, why not knock over all your Christmas shopping in one go?

Get your nearest and dearest relatives (over the age of 18, naturally) some quality booze. But who gets what?

Click on the links to buy the wines discounted exclusively for The New Daily readers.

The sister who loves sparkling

Prosecco is the ticket this year: lighter, more floral, maybe a touch less complex than most Champagne but the best have bubbles just as fine, and often a fresh, clean, slightly off-dry finish that will please anyone. And let’s face it, your sister’s not that fussy anyway, so spend the money you saved on the Prosecco where it counts – on you.

The brother who hates wine

Don’t even bother, he’s a lost cause. He can drink VB until his taste buds come in. Just show him how much you’re enjoying your Tassie Pinot and one day he might just want to taste it. It’s up to you then to decide if you want half your Pinot money going to that same guy who used to lock you out of the bathroom when you were busting … yeah … just let him drink his lager.

One to try: VB

This calls for a big red, obviously, but err on the side of restraint. Every thinking man loves a Coonawarra Cabernet. “Fine and elegant, for sure!” you might mention to him as a knowledgeable aside, or “2012 was a classic year in Coonawarra,” as a wise tidbit. He’ll be impressed.

The mum who gets a headache from red

Don’t try to change your mum, she knows what she wants. Just move her on from that generic Marlborough Sav Blanc to a nice off-dry style of Aussie Riesling, and she’ll never look back. In fact, she’ll be pestering you every month to buy another couple of cases of “that lovely one with the green cap”.

Grandad with the cellar

Grandad may also know what he likes, but he’s not too old school to experiment a little. Get him a brilliant aged Barossa Shiraz, and maybe tell him you’ll swap him a glass for one of those nicely aged bottles of Chambolle-Musigny he’s got stashed away under the house. It’s only fair.

But she does love a good white Burgundy. Don’t fight it, grab a big round Riedel glass and join her. Maybe treat her to one of Yarra Valley’s best efforts, hidden in a brown paper bag. She’ll think it’s Burgundy and she’ll love the surprise. There was never something tastier to make the fourth repetition of that story from “when I was a girl” sound more exciting. You never know, stick around long enough you just might learn something.

It’s not like you’re only gonna have one drink today, is it? After all, you’re the one coordinating this stuff. You’ll want a nice Pinot to freshen up your palate before the bigger reds. So get the Cabernet decanted, such that once you’re done with the Prosecco, Riesling, Chardy, Pinot and Shiraz, it’s right in the pocket. After all, someone has to make sure all the wines are at their peak of flavour, to drown out the dry turkey and burnt ham coming your way.

One to try: Bellvale ‘The Quercus’ Pinot Noir 2010

Christmas drops for every member of the family