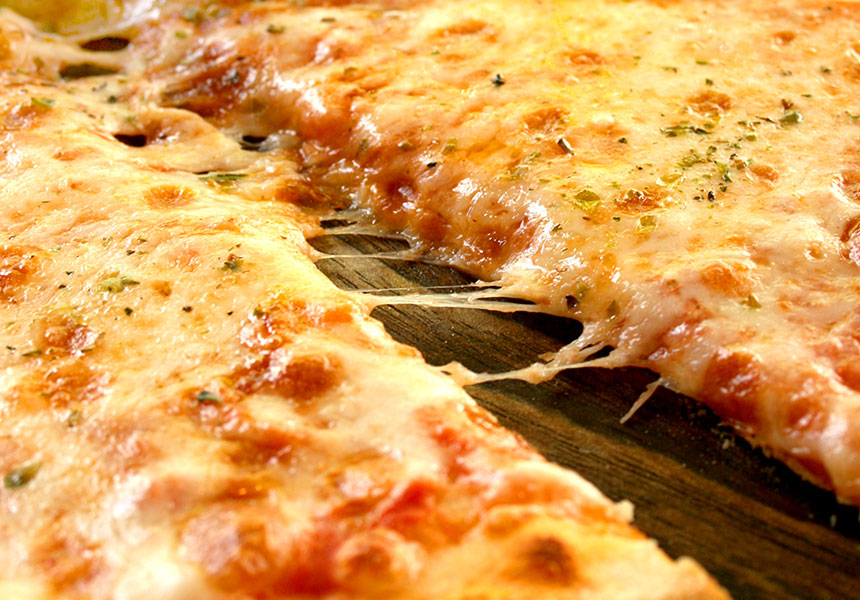 Unlike the Home Alone character, the latest pizza wonder is expected to feed more than one when Melbourne pizza supremo Johnny Di Francesco puts his creative talents to the fore.

• Where is the hot chip capital of the world?
• Rules for perfect pizza
• Big red: making magic with in-season tomatoes

The super chef has blended 94 cheeses and cooked them off to create one flavoursome super cheese, then adds another five fresh cheeses to his new pizza before and after it is wood-fired.

Di Francesco, who’s made pizzas since he was 12 and won this year’s Pizza World Championship in Italy, says the first key to a top pizza is in the dough.

“I always say less is more. When you look at this pizza, you say where’s the less in that, when you’re using 99 different cheeses?” he says.

“I know it sounds crazy, because that’s the first thing that came to my head when I was asked to come up with this style of pizza.

“But obviously the amounts of cheeses that we use are small amounts to make up the flavours. It really does taste amazing.”

The pizza will be available for two hours on Saturday at Di Francesco’s Gradi restaurant at Crown in Melbourne, and for those who don’t like sharing, it’s not yet clear if the stringy sensation will be a permanent fixture on the menu.