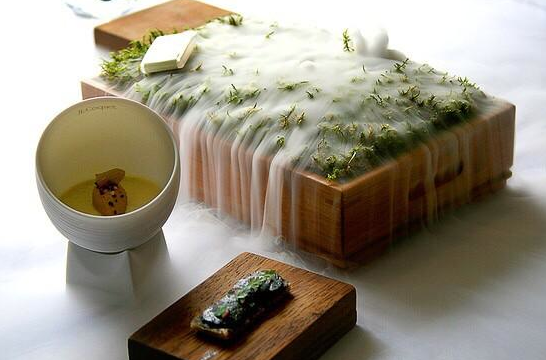 Would you pay $525 for a four-hour degustation meal with no choice over the menu?

That’s the amount of inquiries that Melbourne’s Crown Casino has fielded for Heston Blumenthal’s new Fat Duck restaurant, which is set to open next year.

Those lucky enough to secure a table won’t be dining on lamb shanks or creme brûlée either – snail porridge and imitation turtle soup dominate this menu.

For six months in 2015, Melbourne diners will be able to spend the same amount as a flight to Asia on one of the world’s most celebrated 15 course menus.

The renowned British chef was in Melbourne yesterday to announce a ballot system for the opening of his Fat Duck restaurant in the Crown Casino complex in February.

A meal at the restaurant ranks as Australia’s most expensive, far surpassing the $250 price tag for a degustation dinner at Shannon Bennett’s esteemed Vue de Monde.

Blumenthal defended the menu, saying he’s hoping for a mixture of “high rollers, some big spenders, and that young couple who it might be their lifetime thing [to] save up and get in.”