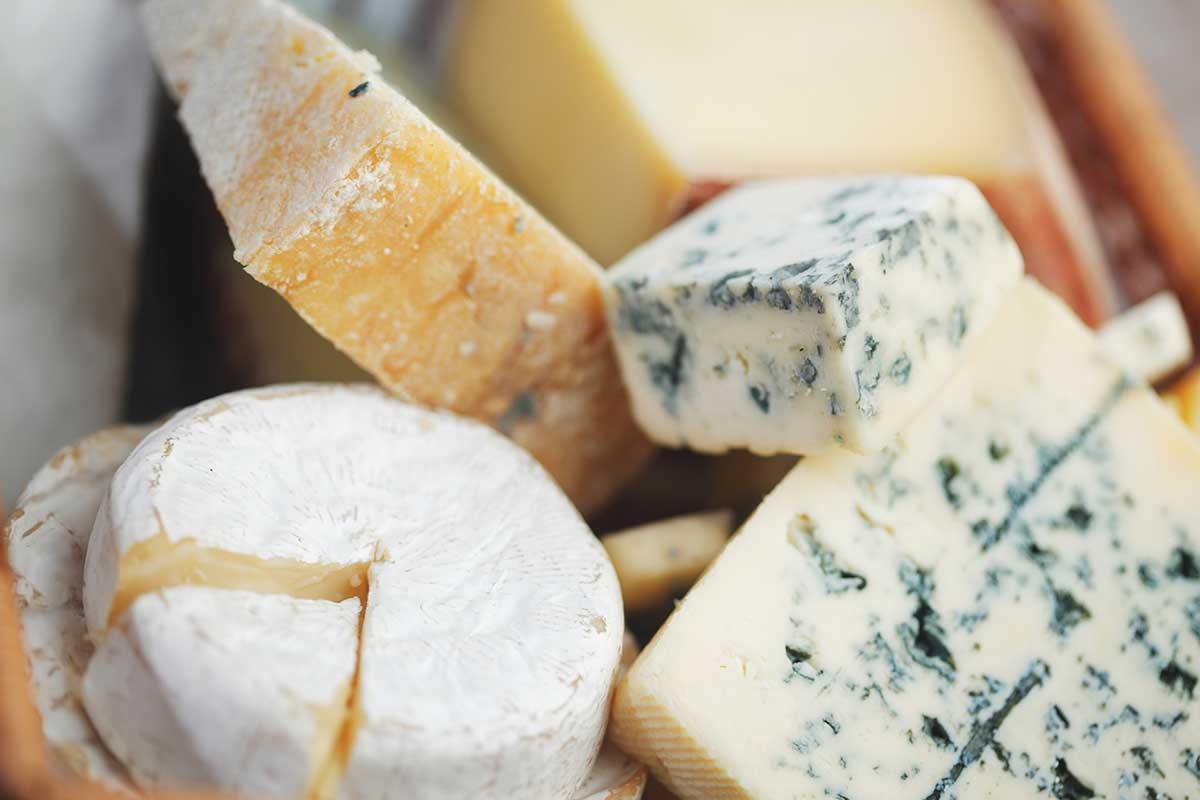 The deluxe Melbourne food store’s in-house cheesemonger is known internationally for his knowledge and passion for all styles of cheese, many of which are stocked in his new underground cellar.

Every year, this amazing goat’s cheese from central Victoria is recognised as Australia’s best cheese and rightly so. Sutton Grange Organic Farm lies on 200 acres of rolling granite plains with a wide array of native grasses, herbs and shrubs that have been reintroduced to this once depleted land. Holy Goat’s 100-120 milking goats from the Saanen and British Alpine breeds graze these amazing pastures and produce beautiful milk that starts the cheese making process. Like all lactic fermented cheeses, the flavour begins instantly at the front of your palate and is quite mild and gentle in the lactic goat’s milk flavours, with a texture that is both soft and gooey without being runny.

This cheese is a washed rind with slightly pungent yet round and complex flavours and strong hints of the sweet richness of the beautiful organic milk of Timboon in Victoria’s south-west. Its recipe originates from the Reblochon style in the French Alps where the cheesemaker grew up. We give this cheese a long maturation in our washed rind cellar to help add further layers to its already balanced flavours and texture. It is beautiful with a dry white wine and can be used as a melting cheese where the heat brings out its hidden sweetness.

Oen is definitely my favourite Australian washed rind cheese. This time of year it has amazing richness and spice on the palate and an incredibly unctuous texture. This one is washed in Tasmanian pinot noir and then wrapped in vine leaves to protect the cheese and create a moist surface that good bacteria and yeasts love to attach to and encourage flavour development.

Pyengana Clothbound Cheddar is produced in Tasmania by John Healey using the original method established by his great grandfather at the turn of the century. It is one of Australia’s oldest specialist cheeses with the name Pyengana coming from the Aboriginal word meaning “meeting place of rivers”. This cheese has an open texture with a crumbly curd structure and being a handmade farmhouse cheese, variations in character will appear determined by the season and conditions when the cheese was made. I’ve got a wheel that is 14 months old and exhibits aromas that are reminiscent of summer grass, herbs and honey and a rich and cloying texture.

This beautifully balanced blue cheese from the Gippsland region is made by Barry Charlton and has been recognised as Australia’s best blue at the Australian Grand Dairy Awards this year. Tarwin Blue is straw-coloured with striations of greenish-blue mould. It is creamy and not too crumbly on the palate with a long intensity and definite earthy tones married to contrasting notes of syrupy spice from the well-developed blue mould.

This article first appeared on Five of the Best.