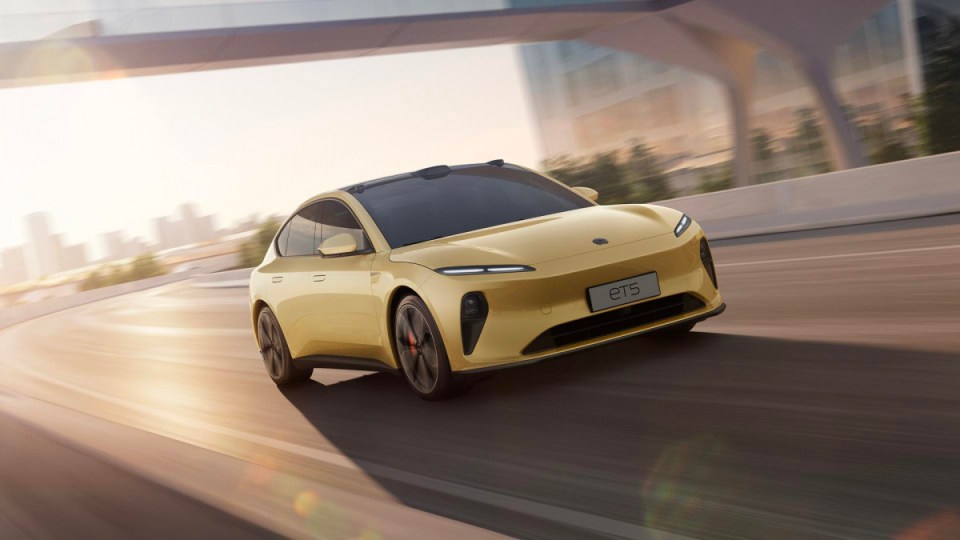 Chinese car manufacturers are hoping to compete with Tesla and Toyota with a swag of new releases. Photo: Supplied

Nio. Tank. Ora. Chery. What sounds like the cast of a sci-fi movie is actually a roll call of just some of the Chinese car brands that will be launching into Australia as soon as this year.

Although the likes of Great Wall Motors, Haval, LDV and MG – yes oh-so British MG is now Chinese owned – have become big sellers in Australia in the past couple of years, a bunch more are set to exploit the beach-head they have established.

Among them is a 4×4 off-road specialist aiming straight at the legendary Toyota LandCruiser.

Another could reset the pricing paradigm for battery electric vehicles, lowering the cost of entry below $40,000 to make zero-emission vehicles accessible to a vastly increased number of Australians.

Others state quite boldly that they want to tackle head on the current global EV leader Tesla, and are rolling out a dizzying array of high-tech cars and SUVs to do it.

So why are the Chinese increasingly coming to Australia?

In part, it’s because their domestic market’s galloping growth has slowed so they must look internationally to keep the factories churning and profits increasing.

Another reason is prestige. They want to be taken seriously on the global stage.

“They want to be major players and the only way to do that is selling overseas,” says Australian auto industry veteran Kevin Wale, who oversaw global auto giant General Motors’ Chinese business for seven years.

“Some are trying to sell in Europe, some are looking at the USA. Some are here in Australia and if you can sell your product here you still get some decent credos for it.

“Even though volumes are low, it’s still a well-regarded international market.”

Mr Wale has no doubt plenty of the Chinese brands can be successful here.

Over the past decade the pioneers have overcome some woeful quality and questionable safety by rolling out better vehicles while retaining affordable prices.

“All the big Chinese companies have been building their own cars for 20-odd years now, so it’s not like they just woke up and decided to build a car. They have been through that process of what works and what doesn’t.

“If they want to sell a car in Australia, as long as they get their marketing and distribution right, there’s no problems.”

The Chinese are the latest wave of auto immigrants to arrive on Australian shores since World War II.

Japan’s Toyota has been the No.1 seller in Australia for 19 straight years, Korea’s Hyundai is now No.3, and MG took China into the overall sales top 10 for the first time in 2021.

Could MG or another Chinese brand eventually supplant Toyota at the top of the Aussie sales pile?

In part, it has been Toyota’s upward hike in pricing that has opened up the bottom end of the market for the Chinese to gain their foothold.

“We understand and respect the Chinese brands are coming in,” says Toyota Australia’s sales and marketing chief Sean Hanley.

“We know their quality is going to be much enhanced and they are a formidable competitor.

“It’s a very competitive situation and brands have got to keep moving all the time.”

So, which Chinese brands are moving in and what will they offer?

The acronym stands for Build Your Dreams and from modest beginnings in 2003, founder Wang Chuanfu has with support from guru investor Warren Buffett built a company only second to Tesla in plug-in vehicle sales.

The local distributor talks a big game, promising that four to six models will launch through 2022-23 with pricing as low as $35,000.

A few cars are being delivered, but other launch dates have been missed and a commitment to eventually build cars in Australia has been walked back.

The maker of budget and affordable cars dabbled in the Australian market between 2011 and 2014 and has announced intentions to return to Australia in 2022 with a new compact SUV called the Omoda 5.

That’s all that’s been announced so far.

A strange name even by Chinese standards, L&C is aimed at affluent youth with a subscription sales model.

Promised to be in Australia by 2025, L&C is part of the gigantic privately owned Geely group that also owns Volvo, Lotus, Malaysia’s Proton and a group of Chinese brands you’ve never heard of.

Led by business dynamo Li Shufu, Geely is also a major investor in Daimler, the parent of Mercedes-Benz.

A privately owned startup without the financial clout or sales success of some other Australian aspirants, Nio was established in 2014 and has since gone through a challenging gestation.

Just before Christmas, Nio revealed its ET5 sedan, a direct rival for the Tesla Model 3.

At the same time, founder William Li confirmed plans for an international expansion by 2025 that includes Australia.

A division of privately owned Great Wall Motors, which already offers the GWM Ute and Haval SUV brands in Australia, Ora was established in 2019 specifically to make affordable electric vehicles.

The first model to arrive in Australia in 2022 will be the compact five-door Cat or Good Cat – name yet to be confirmed – that should cost about $40,000 and have a range between recharges of 350 to 400 kilometres.

There are mid-size and large Tank models coming in 2022, directly targeting the market-leading Toyota LandCruiser and Prado.

There will be a plug-in hybrid drivetrain, something Toyota is yet to boast for its 4x4s.

‘Want to be major players’: The Chinese car brands launching in Australia in 2022