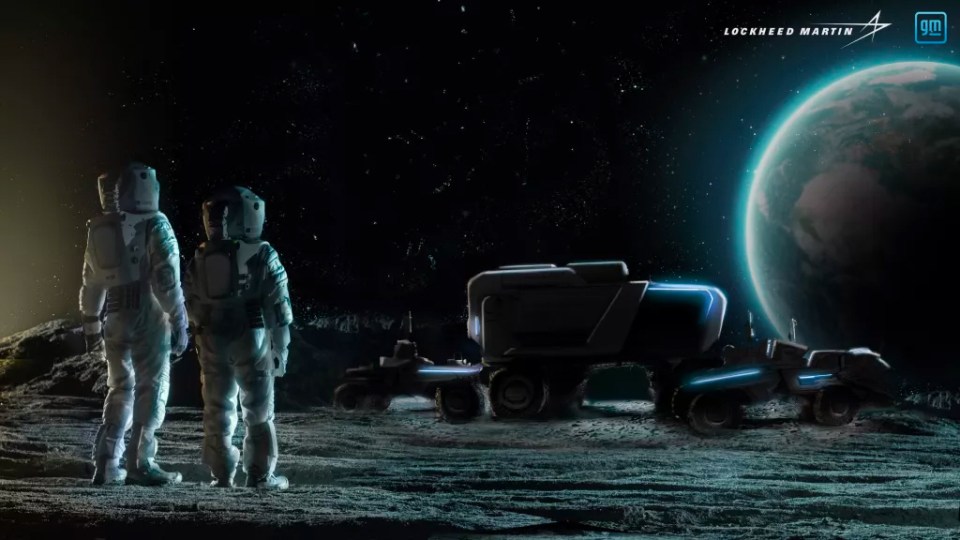 General Motors is planning a self-driving, all-electric, ultimate off-road vehicle, but you’ll only be able to experience it on the Moon.

The US car manufacturer has teamed up with aerospace company Lockheed Martin to build the next model in lunar explorers, as announced this week.

The co-build is in response to NASA’s bid to have Americans back on the Moon by 2024 – and to do that, they need new rovers.

GM is no stranger to space.

It was actually involved in building the original rovers in the 1970s that visited the moon with Apollos 15 to 17.

But at 50 years old, those rovers are outdated.

They only had the capacity to take astronauts some 7.5 kilometres from their craft.

The new lunar rovers, as proposed by GM, will be able to carry two astronauts and easily venture across the Moon’s rough terrain.

At least, that’s according to the promo clip supplied by the two companies.

The buggy would also have the ability to self-drive when needed, necessarily to avoid otherwise unforeseeable hazards.

If successful, it’ll be part of NASA’s Artemis project, which aims to touch down on the south side of the Moon some time this decade.

There, NASA wants to set up a research station, which it hopes will be the base camp for sustainable future human life on the Moon.

The buggy project is still in its infancy, with no funding yet announced by NASA or otherwise.

General Motors aims for the stars and lands on the Moon