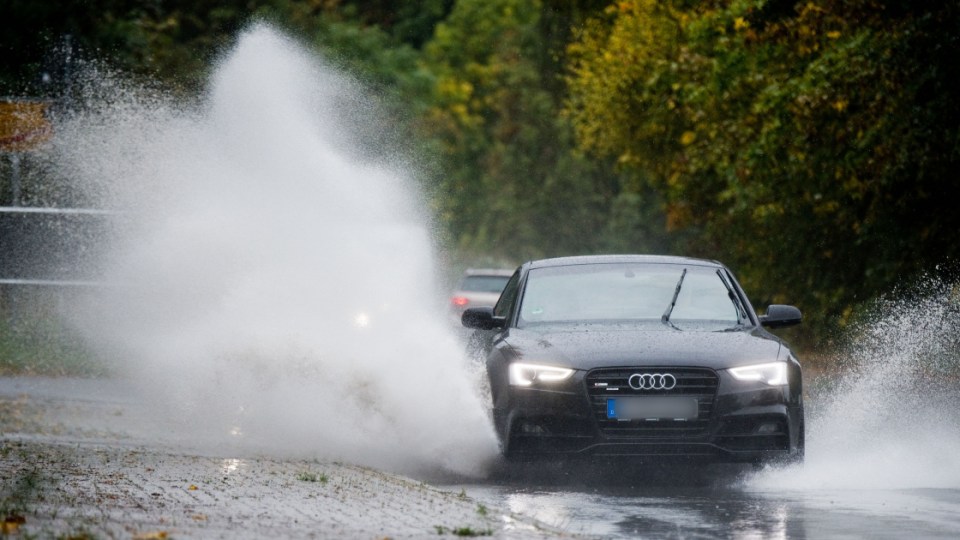 If the person driving this Audi is a man, there's a good chance they don't care if this puddle splashes a pedestrian – science says so. Photo: Getty

In a revelation that won’t shock a lot of motorists, a Finnish professor has discovered that people who drive Audis and BMWs are more likely to cause, ah, friction on the roads.

Or, as Jan-Erik Lönnqvist put it so eloquently in his research paper title: Not only assholes drive Mercedes. Besides disagreeable men, also conscientious people drive high‐status cars.

They were asked about what type of car they drove, and how much they earned. They were also asked questions intended to reveal deeper personality traits. Were they open to new ideas or opinions? Are they conscientious, neurotic, extroverted, agreeable?

What Professor Lönnqvist and his team found supported a lot of previous research: people who drive expensive cars are more likely to flaunt traffic laws – or, drive like assholes.

He found  Audi and BMW drivers in particular were more likely than others to ignore traffic rules.

“I had noticed that the ones most likely to run a red light, not give way to pedestrians and generally drive recklessly and too fast were often the ones driving fast German cars,” he said in a statement.

The owners of these makes are also more likely to be argumentative, stubborn, and show a lack of empathy.

“These personality traits explain the desire to own high-status products, and the same traits also explain why such people break traffic regulations more frequently than others,” Professor Lönnqvist said.

But don’t go crossing every luxury car owner off your Christmas card list: the study also found that owning a high-status car was associated with a conscientious personality.

“The link is presumably explained by the importance they attach to high quality. All makes of car have a specific image, and by driving a reliable car they are sending out the message that they themselves are reliable,” Professor Lönnqvist said, adding that these drivers were reliable, well-organised and took pride in their health and work.

This link was shown between men and women and their cars – however, the self-centred luxury car driver was found to be prevalent only among men.

Previous studies in the US found similar links between expensive car drivers and their on-the-road driving techniques: they were more likely to cut off other drivers, and less likely to stop to let pedestrians cross the road.

Marque of the devil: Study confirms rude drivers are attracted to pricey cars